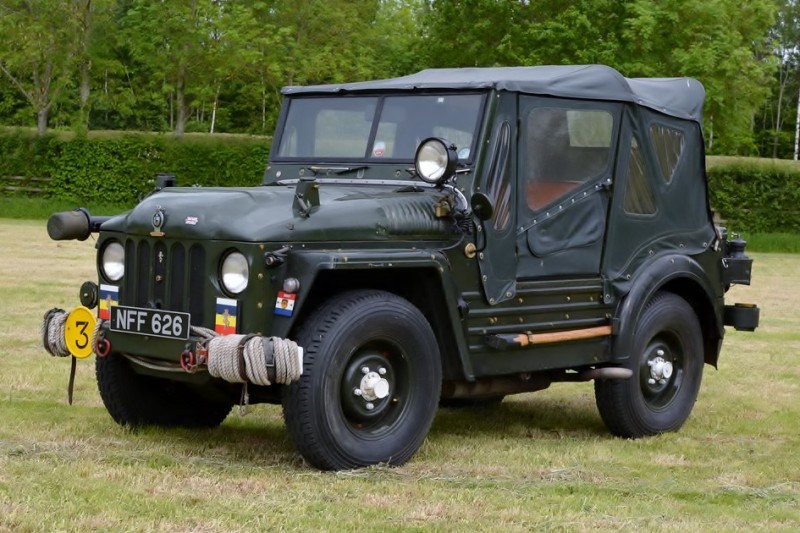 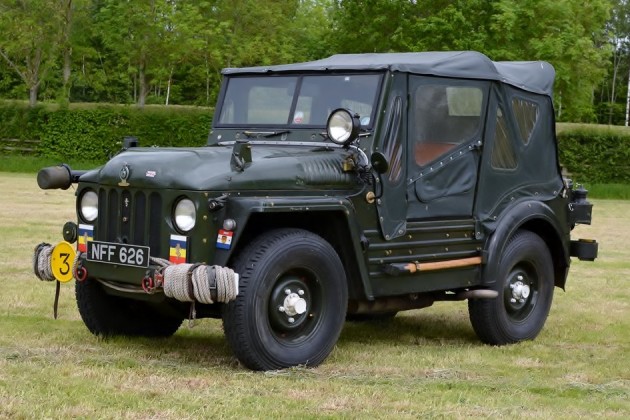 The Austin Champ came about in the late 1940s in response to an order from the British Army to develop an all-terrain vehicle comparable to the American Jeep. The first prototypes were tested in 1947 and production commenced in 1951.

Officially known as the ‘FV1801A Truck, ¼ ton, 4x4, CT, Austin MkI’, it featured an open four-seater tub made of pressed steel with fully independent suspension all round using torsion bars and double wishbones. Power came from a Rolls-Royce designed 2.8-litre four-cylinder engine mated to an all-synchromesh gearbox with five forward and five reverse gears – so it could theoretically achieve its maximum speed of 50mph going both forwards and backwards!

Both engine and ‘box were designed with absolute reliability as the prime target and were waterproofed so that the vehicle could operate in up to 6ft of water when the snorkel attached to the air cleaner was deployed. A 20-gallon fuel tank gave it a range of 300 miles.

Although it proved to have outstanding cross-country abilities, at £1,200 the Champ was far too expensive and in the end only around 12,000 of the 15,000 vehicles ordered were made. Its role was largely taken over by the Land-Rover which could perform 80% of its tasks at half the price with much simpler maintenance.

Dating from December 1952, this Champ has had just one civilian owner since it was demobbed from duty with the Dorset Regiment in 1994. The 30,280 miles displayed on the clock is almost certainly genuine, 10 old MOTs on file showing that it has only covered 7,000 miles since 1997.

In good order throughout and said to run and drive well, it still retains many of its original military accessories including shovels, pickaxe, jerry can, spotlamps, snorkel, tow ropes, Dorset insignia etc. It also has a full set of weather gear (hood and sidescreens) all in good condition.

A useful quantity of spares are also available by separate negotiation if desired, including a cylinder block, two cylinder heads, gearbox, two differentials etc, although these would have to be collected from Derbyshire.

Only reluctantly for sale due to the advancing years of its long-term owner, this rare and fascinating vehicle is an interesting alternative to the ubiquitous Land Rover and is sure to gain a lot of attention wherever it goes.