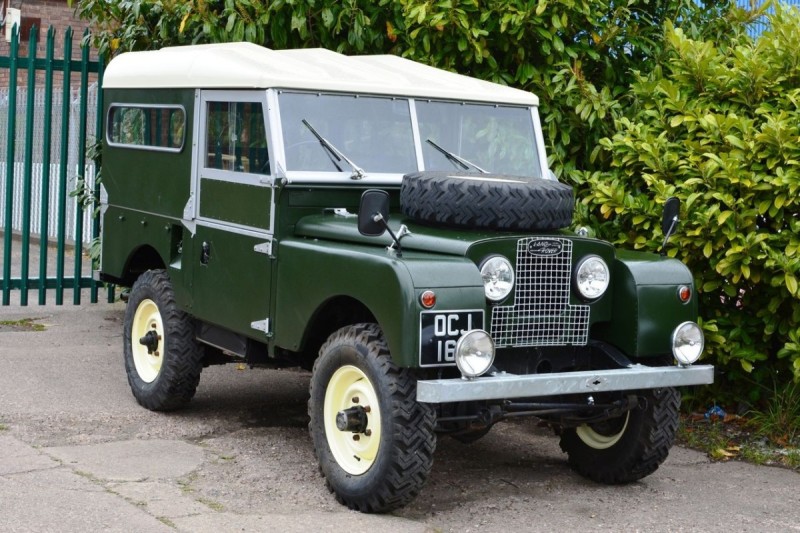 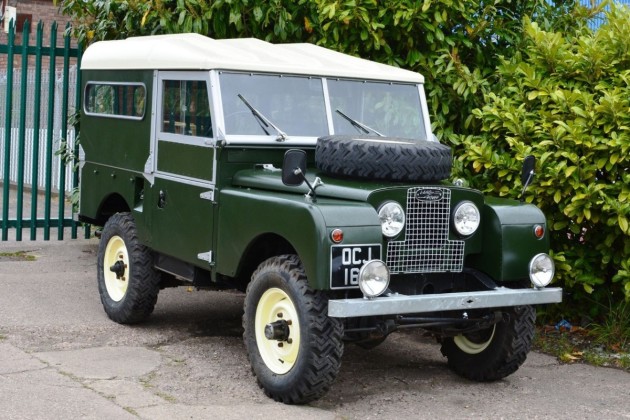 Britain was a tough, no nonsense place in the immediate post-war years, with a populace hardened by years of total war that had left thousands dead and many of our greatest cities in ruins.

The mood was one of grim determination to get things done and to get the country, and the economy, back on its feet. The spartan yet immensely capable Land Rover was ideally suited to the task in hand, a rugged, go-anywhere marvel that could be kept going in the harshest environments with little more than a hammer and a blunt screwdriver. ‘Cart sprung dirt tecnic’, as they say in Solihull.

Today the Series One Land Rover of 1948 – 1958 is a powerful reminder of that time and it has achieved a cult status on a par with the red telephone box and the waxed Barbour jacket. Values have risen accordingly and now any Series One is a seriously collectable artefact, no matter how poor the condition, and is always worth restoring.

First registered in Hertfordshire in May 1956, this particular S1 86-inch apparently had just one owner from new until 2006 and has had just two keepers since. The exact circumstances in which it was ‘rediscovered’ in 2006 aren’t clear, but the vendor was offered it about two-and-a-half years ago at which point it was languishing in an industrial unit in the Midlands. A key member of the Fuzz Townshend Westgate Classics team (of TV’s ‘Car SOS’ fame), he decided it was an ideal candidate for the full ‘Westgate treatment’ and thus began an exhaustive restoration that results in the magnificent machine you see today.

As you can see, every part of the Land Rover has been lovingly restored or renewed as necessary, all the work being carried out to the highest possible standards. We are told that all the panels on the vehicle are those that it was found with, and they have all been meticulously hand-beaten flat again and repainted to magnificent effect with not a dent or ripple in sight. Indeed you can scarcely believe that this vehicle is over 60 years old and it looks like it has come straight from the 1955 Motor Show.

Because the work was slotted in around a hectic TV schedule and the general day-to-day running of a thriving classic workshop, the record keeping of the restoration is patchy to say the least, but the results speak for themselves and you can clearly see just what a huge amount of effort and man hours have gone into the task. Needless to say the Land Rover is as good underneath as it is up top and we are told that it drives as well as it looks with an MOT until May 2017 with no advisories recorded (well what did you expect?).

In fine condition throughout, it comes with a full length hard top and a cab roof so it can double up as a pickup if desired. Undoubtedly one of the best Series Land Rovers we have ever offered, it looks an absolute steal at the modest guide price suggested, especially given the way that values of this iconic workhorse have rocketed in recent years.