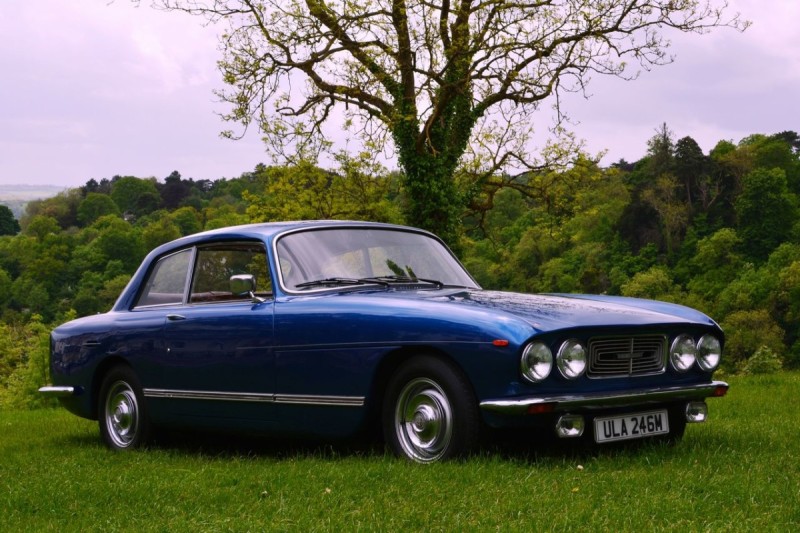 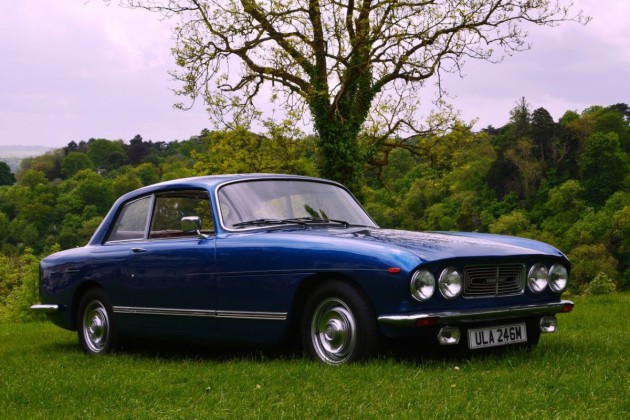 By the dawn of the 1960s, Bristol’s long-running BMW-derived 2-litre engine was no longer sufficient to cut the mustard against rival offerings from the likes of Aston Martin, Jaguar and Bentley.

Although the 407 of 1961 looked outwardly similar to the preceding six-cylinder 406, under the bonnet lurked a Chrysler 5.2-litre V8 which gave the car a 125mph top speed and re-established the Bristol as a true high performance car. Over the following years the chassis was updated, the engines grew larger and the styling was periodically revised, culminating in the 411 of 1968 which combined the effortless elegance of the early cars with a decade of development under the aluminium skin and is widely regarded as the finest Bristol of all.

Going through five series of development between 1968 and 1976, the 411 initially had a high compression 6.3-litre Chrysler engine that produced 335bhp and 425lb/ft and could launch the car to 60mph in 7.2 seconds on its way to a top speed of 140mph. Hooked up to a slick-shifting Torqueflite transmission, powerful twin-servo brakes and hydraulic power assistance for the steering, it all made for a relaxed high speed cruiser with one of the finest cabins around. Cocooned in wood and leather, the passengers could soak up the feel-good factor while the driver enjoyed the effortless performance and the impressively planted and roll-free ride. “Almost accidentally, the Bristol 411 has become the fastest genuine touring saloon, beating the Mercedes-Benz 300SEL 6.3, both for maximum speed and acceleration,” said John Bolster in Autosport.

Other journalists were equally impressed. "On the road it’s the steering that is one of the Bristol’s most impressive features,” wrote Classic & Sportscar. “The wheel never fights in your hands, even when the 411’s fat Avons bump over imperfections in the road surface or splash through pools of standing water, and there’s constant subtle feedback through the rim, the big Bristol steering with a delicacy and precision that belies its size. Good balance and relatively light weight help: the 411 has less mass to shift than contemporary rivals like the Jensen Interceptor, Aston Martin V8 and Rolls-Royce Corniche. It will hustle down a twisty road with aplomb, the gearbox locked in second and the V8 using its mountain of mid-range torque to haul the 411 out of the corners. Any excess of tractive effort tends to spin the inside rear wheel rather than set the tail sliding. Performance is brisk rather than bellicose, the Bristol doesn’t do anything so uncouth as ‘accelerate’ - it merely surges forward until it reaches cruising velocity, before oozing into the long-striding top gear. Its real forte is sweeping A-roads or along motorways, where it eats up miles in comfort."

First registered in January 1974, this 411 Series 4 has the larger 6,556cc engine that was introduced in the Series 3 model of 1972 to compensate for the lower state of tune required to meet increasingly stringent emissions regulations while retaining acceptable economy. It also has the distinctive quad headlamps, quad exhausts and chrome side trims of the later models. A large history file accompanies the car which shows that it was treated to a body-off restoration in 1990 with many photographs to document the extent of the work carried out.

An enthusiastic member of the Bristol Owners’ Club, the vendor acquired the car in 2000 at which point it had covered some 99,000 miles in the hands of six former keepers. Prior to purchase he had the car inspected by marque specialists Spencer Lane-Jones who declared it to be one of the best examples they had seen and were then tasked with going right through the car to rectify any faults, a detailed work sheet documenting the work carried out at a cost of £2,308. The vendor then used the 411 regularly and has now covered almost 25,000 miles, the odometer currently displaying just over 124,200 miles.

In July 2003 it went back to Spencer Lane-Jones for a top-end overhaul which included a new camshaft, timing chain and valve stem oil seals at a cost of £3,807. Numerous other bills document ongoing maintenance during the current 16-year ownership, much of the servicing being done by the ex-Bristol staff at Brabazon Motors and more latterly by Tomorrow’s Classics of Bristol. This has included the removal of the Chrysler V8 to detail the engine bay, the fitment of a new Holley carburettor to further boost the performance, twin fans to promote cooling and custom-made stainless steel exhausts. The interior has also been refurbished with new leather on the front seats and new carpets throughout.

Always kept garaged and maintained regardless of cost in the current 16-year ownership, the car is said to drive as well as it looks with an MOT until November 2016 and is easily capable of cruising at the legal limit and beyond. It certainly performed beautifully when we were treated to a short test drive on the occasion of our visit, turning many heads as it powered through the streets of Bristol, leaving that sonorous V8 burble echoing in its wake.

One of only 287 Bristol 411s made, this wonderful mix of British style and American brawn needs nothing more than an enthusiastic new owner who can continue to enjoy and cherish it in the manner to which it has become accustomed.