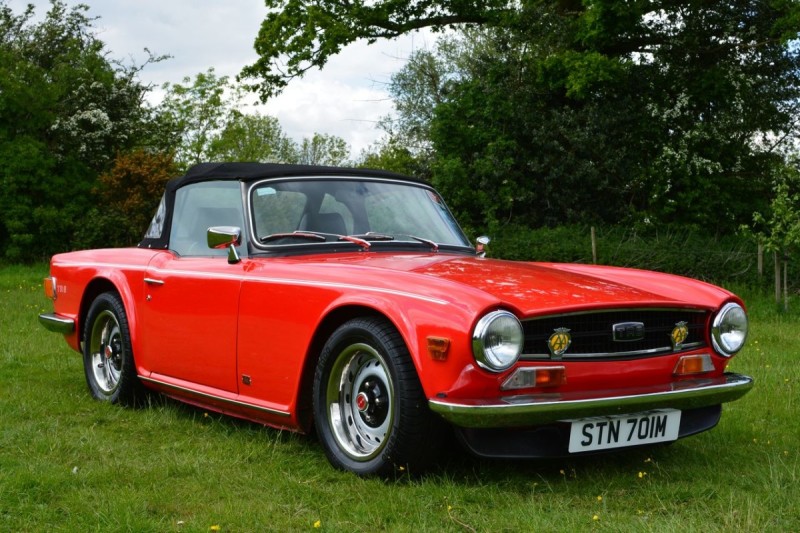 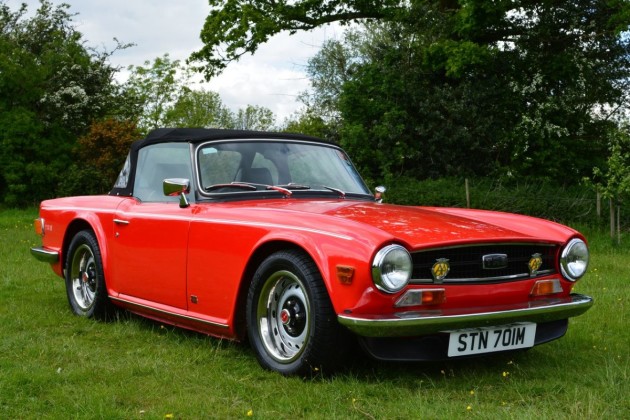 Triumph revitalised its classic TR range in 1968 and introduced the Karmann-styled TR6. Sharp, clean and fresh, the TR6 sported a more aggressive body with revised front and rear end styling although the centre section remained the same as the TR4 and TR5.

For the UK market, the straight-six fuel-injected 150bhp 2,498cc engine also carried over from the previous TR5 model, although from 1973 it was changed for a milder 125bhp unit to meet stricter emissions regulations. Widely regarded as the last of the proper TRs, it had potent front disc brakes, independent front suspension and a very sporting ride.

Inside was a very pleasant place to sit with pile carpets on floors and boot, plush-looking bucket seats, a lovely wooden dashboard and a full complement of instrumentation. Good for 120mph and 0-60mph in 8.2 seconds in full-fat 150bhp form, this fine looking sportscar can still easily hold its own in modern traffic. A huge sales success, more than 94,000 TR6s were built (90% of them for the US market), before it was replaced by the much softer TR7 in 1975.

First registered in Newcastle-upon-Tyne in March 1974, this stunning Pimento Red TR6 Overdrive has been in the current ownership since 2007. A large number of parts invoices on file show that it was treated to an extensive restoration about 10 years ago since when it has done less than 5,000 miles as documented by old MOTs.

As you can see the restoration was done to a very high standard and there are many new parts in evidence all over the car, many of them listed in a large sheaf of parts invoices, although frustratingly there are no labour bills detailing precisely what work was carried out. It seems that the engine was also uprated to some extent during the rebuild and Aldon electronic ignition fitted.

The suspension was also uprated with Spax adjustable shock absorbers and stiffer sports springs. A full stainless steel exhaust system was fitted along with an aluminium fuel tank and much else besides. The interior has been beautifully finished with upgraded black leather seats, a burr walnut dash, new carpets, inertia reel seat belts, Mountney sports steering wheel and a Pioneer CD/radio sound system.

The car rides on beautifully refurbished steel wheels with gleaming chrome rimbellishers and a matching set of Pirelli P6000 tyres all with plenty of tread. The canvas soft top is in excellent shape, as is the tonneau cover and hood bag and a fitted indoor car cover is also included. The MOT runs until June 2107 with no advisories recorded.

A most attractive car in all respects, it is said to drive as well as it looks and certainly started instantly and ran beautifully as we moved it around to take these photos with a notably smooth and quiet engine that we suspect packs rather more of a punch than the invoices let on. If you have ever lusted after one of these brawny British sportscars, you would have to look long and hard to find one significantly better than this.