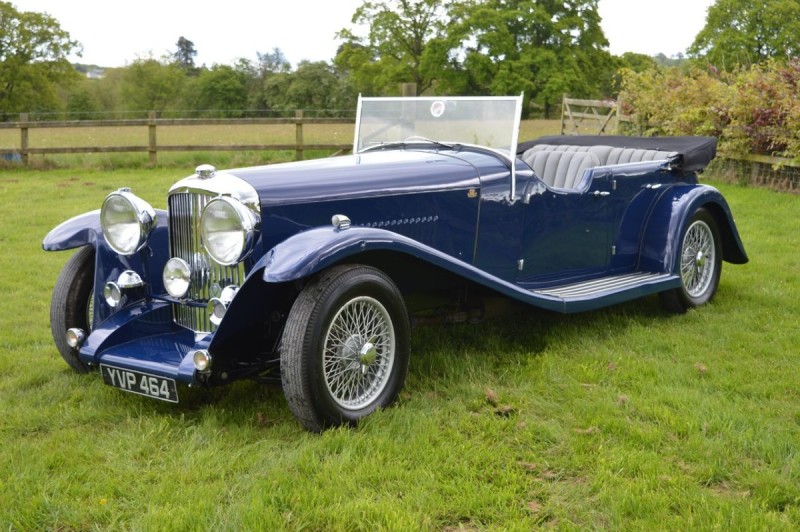 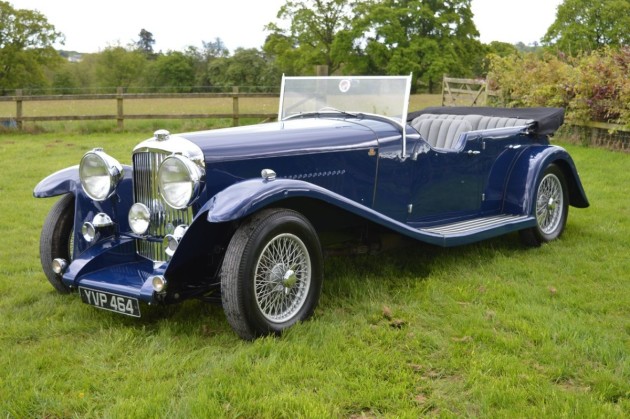 Don’t stress if you've never even heard of a Silurian: you’re not alone, there is only one and you can be forgiven for not having come across it before.

Built by Mike Phillips, the owner of well-respected MGP Restorations (best known for their work with Bentleys, Bugattis and pre-war BMWs), the Silurian was the outcome of a plan to build a top-quality child’s petrol-powered car. Plans were drawn up, however once the project was costed, it soon became apparent that it would be easier and cheaper to build a full-sized machine.

It was decided from the outset to name the new car the Silurian. A keen local historian, Phillips had a particular interest in the Silures, an ancient race who lived in the hills around what is now Monmouth, Brecon and Glamorgan. Fiercely independent, they spent much time harassing the invading Romans in around 48BC, building a reputation for resilience, toughness and extreme determination.

It was thought that the Silurian could be commercialised and sold as either a complete running vehicle or a kit of parts for an enthusiastic owner to assemble. Once work commenced on the prototype, it was soon realised that the bespoke nature of the build and its complex construction would make it impossible to sell as a kit and discussions with various overseas manufacturing companies about production also came to nothing due to the economics of the project. The marketability and overall appeal of the finished product was never in doubt.

The Silurian uses a bespoke ladder chassis with cruciform tubular cross bracing making for a very stout affair. Independent suspension was attached from a 1978 Jaguar XJ6 3.4 donor car, giving an overall wheelbase of 10’ 6”. The engine and manual gearbox were also taken from the donor Jaguar, a unit which looks particularly appropriate with its polished cam covers and twin SU carburettors under the long bonnet.

The 210bhp engine and tall gearing from the gearbox give around 25mph/1,000 revs which gives plenty of performance and relaxed high speed cruising. The powerful disc brakes inspire confidence and it retains the Jaguar power steering which is quite disconcerting on first acquaintance, as looking through the narrow screen, one instinctively expects to have to haul on the steering wheel as a corner rushes towards you.

Most one-off builds fail at the bodywork stage, with unfortunate proportions brought about through general ignorance or compromises due to wheel size or suspension system constraints. Not so the Silurian. Mike Phillips’ experience with pre-war restorations, including his own Lagonda with its elegant T7 coachwork, had taught him a thing or two.

Lesson one is not to mount a radiator forward of the centre line of the front axle. A general loss of elegance and sporting lines was seen in the late ‘30s as radiators crept forwards to give more space at the rear for luggage.

Lesson two is to make sure that the bonnet line of a car dips an inch or so down towards the radiator – not necessarily visible to the naked eye, but an optical trick that prevents a car having a ‘broken back’ look.

Lesson three is to make the bonnet sufficiently long so that the driver sits at least half way back along the length of the chassis - long bonnet, big engine!

Lesson four is to fit wheels of an appropriate size, making sure that they fully fill the wheel arches and that the wings hide the independent front suspension if it is being used.

Lesson five is to give careful thought to the choice of bodywork materials, long experience showing that aluminium over a wood frame is nearly always the most successful formula.

Happily, the Silurian encompasses all of these lessons, the elegantly proportioned body being constructed around a stiff tubular steel frame which is encased in laminated plywood carefully shaped by eye. This has been skilfully panelled in 18swg aluminium. The end result looks like a cross between a Lagonda and a Vanden Plas tourer – you can’t say fairer than that!

Trimmed in top quality leather and fitted with a mohair hood and sidescreens, the doors close with a reassuring ‘clunk’ and thanks to its softly sprung modern suspension and steel frame, the ride is remarkably rattle and squeak free. The imposing chrome radiator shell has more than a hint of Bentley or early Jensen about it and the impressive Lucas P100s are definitely ‘King of the Road’.

Completed by the late 1980s, this wonderful looking tourer has led a busy life, attending over 1,000 weddings according to a magazine article that accompanies the car. In no way to be classed as a kit car, the Silurian is a one-off bespoke machine, hand-made by an expert with long experience of the coachbuilder's art. The Jaguar running gear means that it is reliable, refined and rapid, the power steering and disc brakes contributing greatly to the friendly usability of the car.

Always well maintained over the last three decades, the current condition is a credit to its maker and one subsequent owner. Offering what is for many an ideal combination of old and new, this striking Silurian is due to carry a fresh MOT in time for the sale. For those who enjoy pre-war motoring but don't need the hassle of 80-year-old moving parts (or already have enough of them in their own anatomy), the Silurian is just the thing. We like it a lot!