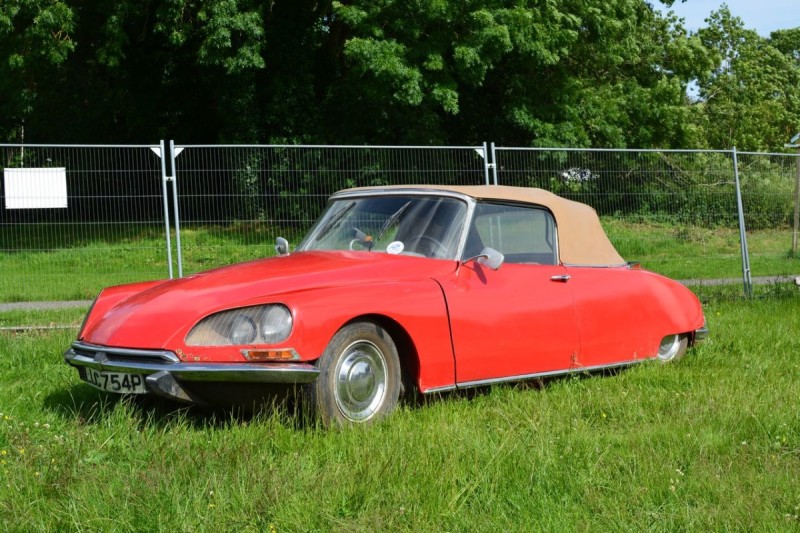 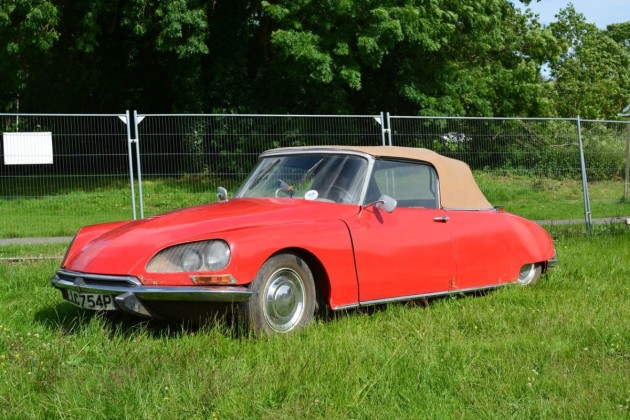 The most radical machine yet to appear in the 70-year history of the motorcar, the DS caused an absolute sensation when it was unveiled in 1955, offering a glimpse of a braver, brighter future in a world still labouring under drab post-war rations and restrictions.

A quantum leap for car design with its futuristic looks, amazing hydro-pneumatic technology and other far-reaching innovations, it still ranks as one of the world’s greatest industrial designs. As late as 2009 it was voted “most beautiful car of all time” by a panel of 20 world famous designers including Giorgetto Giugiaro, Paul Bracq and Ian Callum. So right was the initial concept that it remained in production substantially unaltered for two decades.

All DS models are wonderful cars but by far the most sought after version is the two-door Decapotable, a stunning convertible created by the celebrated Parisian coachbuilder Henri Chapron. Born in 1886, Chapron began his career in the motor industry as an upholsterer’s apprentice, working for various coachbuilders in the Paris area. By 1919 he had set up his own atelier in the well-to-do Parisian suburb of Neuilly-sur-Seine, mainly re-bodying cars that had been requisitioned and ‘militarised’ for service in the First World War.

Chapron moved to larger premises in Levallois-Perret in 1923 and became the official builder of coachbuilt models for Delage and Delahaye, going on to body many of the most elegant European automobiles of the inter-war period. Although the demand for coachbuilt cars declined rapidly after World War Two with the advent of monocoque construction, Chapron survived thanks to his fabulous creations for Delahaye, Talbot and Salmson.

The arrival of the Citroen DS in 1955 presented Chapron with a fresh opportunity that would result in his name being forever linked with this remarkable car. His first convertibles were produced independently of Citroen but the factory eventually gave the project its blessing, the factory-approved Décapotables being built on the longer, stronger chassis of the ID Break (Estate). In total, 1,365 usine (factory) convertibles were made with either the DS19 or DS21 engine between 1960 and 1971, while Chapron built a further 389 of his own, the last in 1973, all but a tiny handful in left-hand drive.

This 1966 DS21 Decapotable comes with correspondence from the Chapron Register and the Citroen Car Club UK confirming that it is a genuine Chapron factory built car that left the works on 12th July 1966 destined for the Belgian dealer network. It was originally Imperial Grey with ‘natural’ leather upholstery.

Nothing is known of the subsequent history of the car until it came to England in August 1975 where it was registered as LLC 754P. Correspondence on file shows that by the early 1980s it was owned by a solicitor, Arnold Rosen of London WC1, who sold it to John Saunders of Henlow, Bedfordshire, in 1985. Saunders was the owner of Stondon Motor Museum and the car has remained in the Stondon Collection ever since.

In good running order when acquired by the Museum, it has not been on the road for many years and will doubtless need substantial recommissioning before it can sally forth once more. Being offered here as a restoration project, we are advised that at some point in its life it has been fitted with front wings from a later Citroen DS model.

With fine examples now fetching well in excess of £150,000 at auction, this Chapron-built DS21 should amply reward the restoration works now required at the sensible guide price suggested.