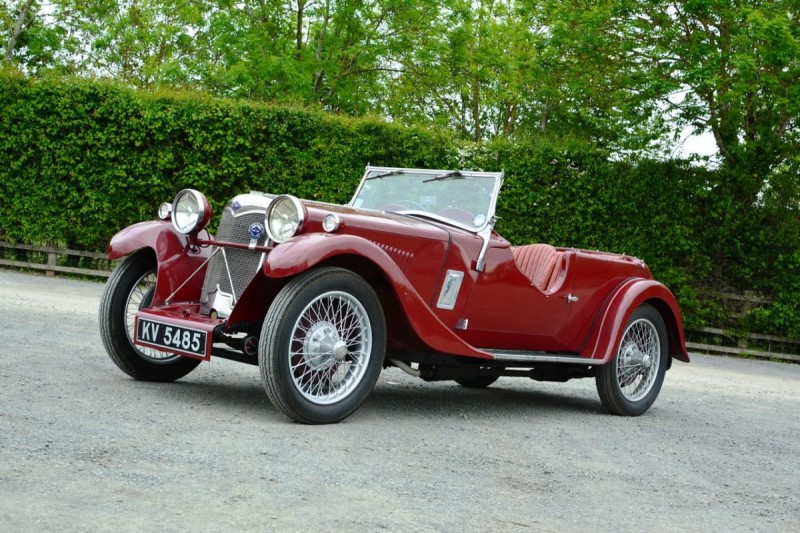 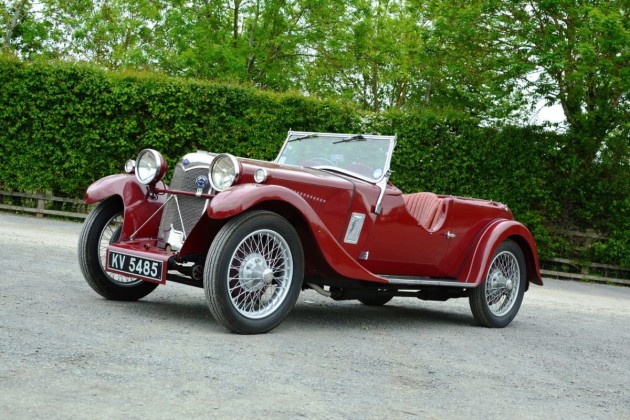 During the late 1920s and ‘30s, the Coventry firm of Riley produced some of the best small sporting cars in the world, whether saloons, tourers or out-and-out sports cars.

One reason was the excellence of the power unit, an innovative 1,087cc four-cylinder, twin cam design by Percy Riley that was good for 60mph and 40mpg. This remarkable unit thrived on high revs, which it would happily and reliably maintain for long periods of time thanks to its clever design. Twin camshafts were mounted high in the block, making for short and light pushrods which operated valves set at 45 degrees to the head. This, coupled with a crossflow head design, enabled prodigious power to be extracted from this willing unit which soon became a big favourite with builders of Riley specials.

Other reasons were lovely coachwork and fine handling, largely the work of Stanley Riley who had a gift for chassis, suspension and body design. A bewildering variety of models were produced in this era, including the Monaco, Biarritz and Kestrel saloons, the Lynx tourer and the Imp, Sprite and MPH sportscars.

A big step forward came in 1932 when Riley launched a new version of its Nine chassis called the ‘Plus Ultra’. This was considerably stiffer than previously and was also dropped to give a lower seating position and create more room inside the cabin.

This particular Lynx four-seat tourer was first registered in Coventry in June 1933. Little is known of the early history of the car but an old green log book shows that by 1964 it was resident in Cheltenham, being acquired in 1969 by a Geoffrey Barwick of Coventry who was to keep it for the next 22 years.

During Barwick’s ownership the car was treated to a total nut-and-bolt restoration that was to take 14 years to complete, the whole process being amply documented in notes and photographs on file. The bare chassis was shot blasted, primed and painted before being refitted with fully renovated running gear including suspension, steering, brakes, wheel bearings, back axle etc, using many new parts throughout. All the lubrication points were renewed and converted to grease nipples in place of the original oil system.

The ash frame was repaired as necessary by Riley Register member, Jack Gibson, and all the floorboards replaced. The body (number 15105) was repaired as necessary retaining as much original metal as possible, and the wooden running boards renewed and strengthened with an additional central bracket, the original stainless steel trim parts being retained. All the brightwork was re-chromed and a new radiator guard and headlamp bar supports were fabricated in stainless steel.

The interior was retrimmed in new Connelly leather to the original pattern by Jack and Doll Gibson, and a new mahogany dashboard was made to pattern and fitted with fully refurbished instruments, the odometer being re-set to zero. All the wiring was renewed, a modern type battery fitted, and the lights refurbished and re-silvered as required, the headlamps being modified to take twin filament bulbs.

The engine was fully rebuilt with new high compression pistons; the crank and con rods overhauled and balanced; all bearings renewed; valves, guides, rockers and shafts replaced; new timing gears and a new starter ring. The gearbox was found to be in good condition although an uprated output bearing was fitted along with new clutch facings and new transmission joints and bushes.

Since the restoration was completed in June 1983, the car has only clocked up some 17,700 miles documented by an almost unbroken run of 24 old MOTs from 1983 to 2010 with numerous bills to show regular upkeep. Now nicely mellowed, it remains in excellent running order, starting promptly and driving nicely as we moved it around the Brightwells yard to take these photographs with a notably smooth and sweet-sounding engine. It comes with a full set of weather gear including hood, sidescreens and tonneau cover, all in good condition.

Since acquiring the car in 2008, the vendor, a noted UK physicist and inventor with a hectic international schedule, has barely had time in which to enjoy it and has reluctantly decided that the time has now come to pass it on to someone who can give it the more regular exercise that it deserves.

Utterly charming in all respects and well-known in Riley circles, this must be one of the finest Lynx models in existence and looks excellent value at the sensible guide price suggested.