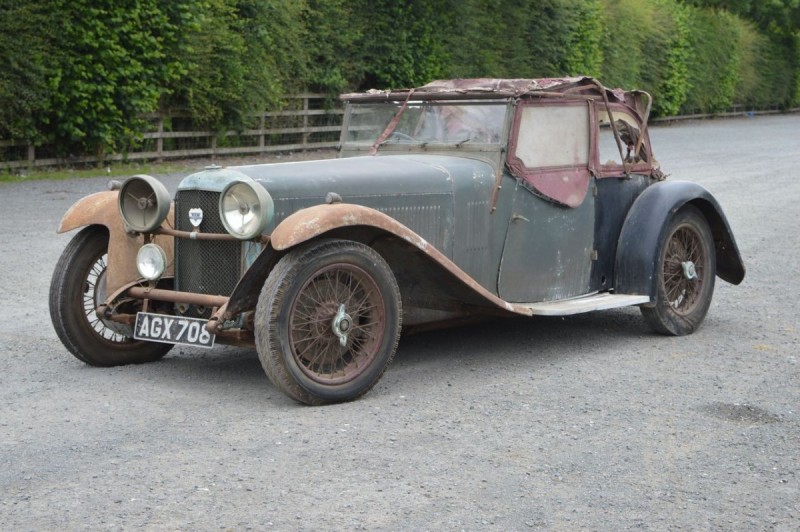 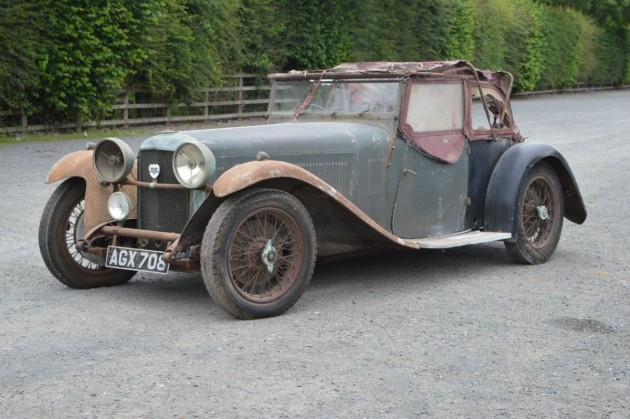 Undoubtedly one of the finest cars available during the early 1930s, the glamorous Alvis Speed 20 embodied the latest fashion for long bonnets and low flowing coachwork.

The ‘double drop’ chassis allowed for a very low seating position which gave a free hand to the coachbuilders of the period. It is rare to find a Speed 20 with anything less than supremely elegant lines, with coachbuilders Vanden Plas leading the field with their near perfect proportions.

The triple-carburettor 2,655cc six-cylinder 87bhp engine was silky smooth, its rubber mountings and harmonic balancer making the Speed 20 a joy to drive. With sufficient power to top almost 90mph, the Alvis was the measure of most cars on the road, especially with its low centre of gravity and powerful brakes.
Later cars were to get independent front suspension and fully synchronised gearboxes, but the first of the breed, the SA models, are to many the purest of all.

Chassis number 10177 was despatched from the works on 22 April 1933 and delivered to Charles Follet Ltd, 18 Berkely Street, London. They commissioned Vanden Plas to fit their gorgeous four-seat tourer coachwork which the car retains to this day.

It was sold new to the Hon. Anthony Winn of 6 Reeves Mews, London. The son of Baron Headley and St Oswald (Winn was their family name), he became the Times Lobby Correspondent, resigning his position during the Munich crisis in 1938 when a story he had written about Duff Cooper’s views on appeasement, which had led to his resignation from the Government, was supressed by the newspaper editor. He subsequently joined the army and was sadly killed at El Alamein in October 1942. During his tenure, the car had returned to Alvis for a crankshaft regrind so it is safe to assume it was well used during this period.

At around the time of his resignation, he traded the car through Caterham Motors who sold it to its second owner, Mr R Dunstan-Crarey. A civil engineer, he had just secured a post in Nigeria, taking his new car with him. A fascinating article of one particular adventure in the car appeared in August 1944 in Autocar's ‘Talking of Sportscars’ series entitled ‘Fast Work in Africa’. A detailed account covers a rapid cross country trip, mostly on gravelled roads including speeds approaching 90mph! Just as well Nigeria had a speed limit of 110mph at the time...

His son Michael subsequently wrote a detailed account of his memories of the car for the Alvis Owner’s Club magazine, outlining how he had learnt to drive in it as a young man in Nigeria. He cared for his father's car  after the War, bringing it home on the deck of the same ship that it had travelled out on. Michael repainted it using a vacuum cleaner sprayer and dealt with a broken crankshaft, ruing the day his father sold it to the vendor in 1956 for £100, about the going rate at the time.

The car has therefore had just three registered owners from new, the vendor having owned the car for the last 60 years. The Speed 20 Registrar confirms in a letter on file that it has been fitted with an engine from a slightly later Thrupp and Maberley saloon, otherwise the car remains remarkably original.

Recently emerging from many years of dry storage, the car is believed to be complete, although the engine has been partly dismantled for inspection. Offered as a major restoration project, this most desirable Alvis, with its original VdP body is for many the Holy Grail of ‘barn finds’ and comes with as much provenance and history as anyone could ask for.