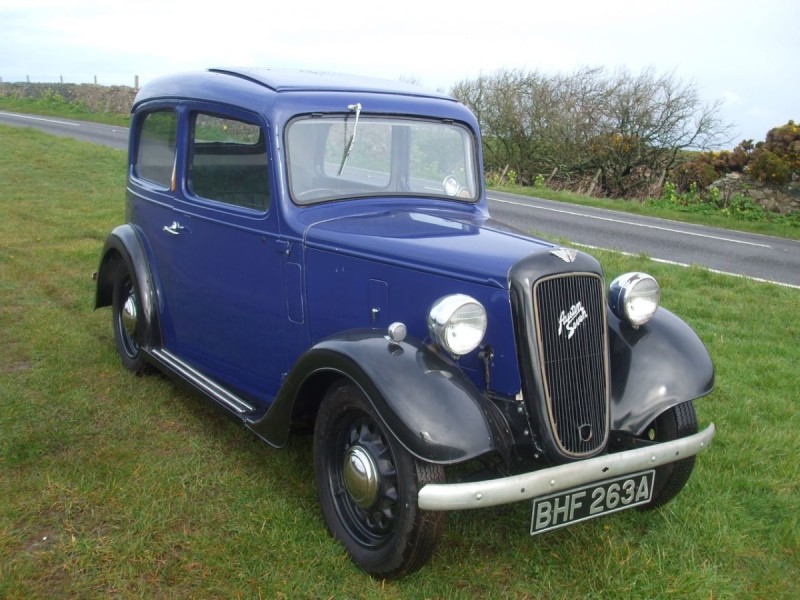 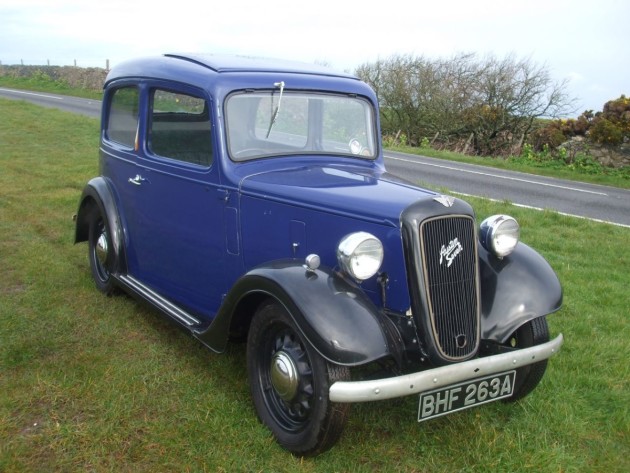 On 13th July 1937 Lord Austin made a speech to the general press introducing the new Four-Door Austin Big 7, launched to fill a perceived gap in the market between the Austin Seven and Ten horsepower models.

A more robust cast iron monobloc engine of 885cc provided a bit more oomph to carry the increased burden of four-doors, an extra 6 ½” of wheelbase and much more besides. The plan all along had been to soften the market to the idea of the Seven ceasing production in favour of a new, wider Big 7 range. A year later, the Two-Door Forlite Saloon was made available from March onwards and later that year the announcement regarding the demise of the hitherto immortal Seven was made.

Sales at Austin dipped significantly in the immediate pre-war period, with just 8,000 Big 7s leaving Longbridge in 1938, a far cry from the heyday of its smaller sibling, the new car never quite capturing the spirit of the earlier model. Let's face it, what could?

Dating from 1938, this very nicely presented Big 7 Two-Door Forlite Saloon comes with a folio of 40+ images of a ground-up, bare-chassis restoration which took place between 2000 and 2001. Invoices from Classic Holdings Ltd detail much expenditure on both the bodywork and mechanical parts, listing numerous parts incorporated in the rebuild.

A new wiring loom was fitted along with a new starter ring gear, the completed car being finished off with fresh carpets and a retrim to the seats both front and rear. The file contains one old MOT from 1984 when it was registered HSV 647, a number which it has sadly lost, the car being currently registered as BHF 263A. The current owner has unfortunately misplaced the V5C, adding that when its new owner applies for a replacement in their name, it should be possible to get a more appropriate age-related number should they so wish.

Described as running and driving and looking very presentable in its blue and black livery, this relatively rare Austin Big 7 with its more robust engine and decent Girling brakes looks like a very nice way to take to the local lanes for some bimbling around over the coming summer months.