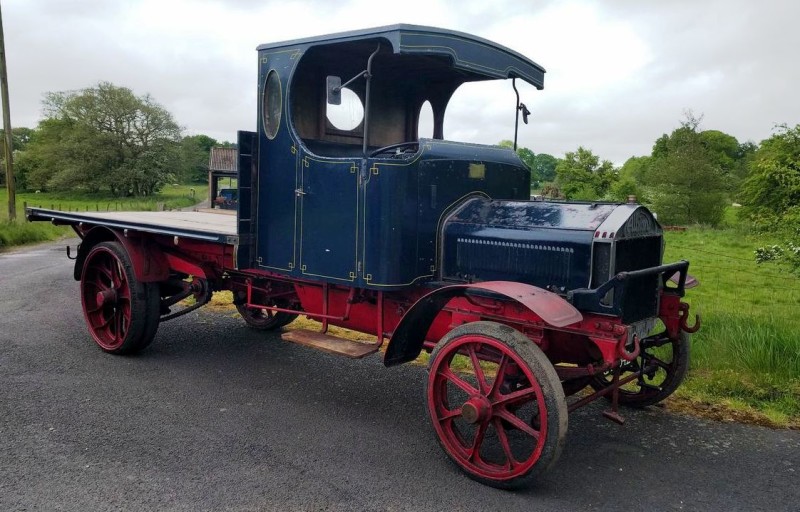 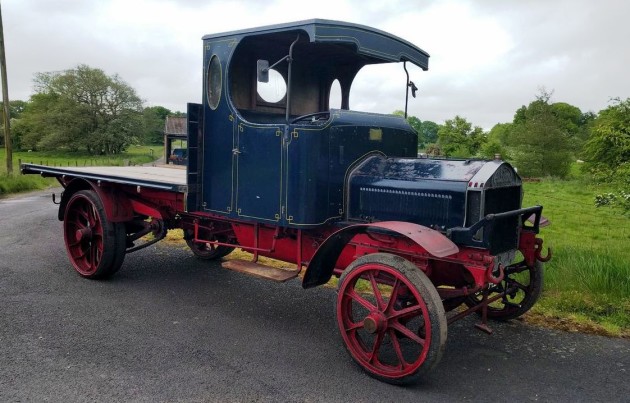 The Albion Motor Car Company turned out their first car in 1899. As successful pioneers, right at the dawn of the motorcar, they soon outgrew their small central Glasgow premises, moving to a large purpose-built site in Scotstoun, an outer suburb of Glasgow.

Their trademark badge echoed the company moto ‘Sure as the sunrise’, as did their beautifully engineered products which soon gained a reputation for outstanding reliability. By 1909 they had branched into truck manufacture, their first truly successful model, the A10, arriving a year later. Initially available as a three-tonner, it used a robust 3.2-litre fixed-head four-cylinder engine which gave 32bhp and drove through a four-speed gearbox and chains to the back axle.

By 1912, two and three and a half ton versions were available and large orders from the War Office were soon rolling in. By the end of the war, no fewer than 5,560 had been built, most seeing active service both at home and abroad. After the war, a surplus of ex-WD stock meant that new truck sales were tough, many of the A10 models returning home to be converted into charabancs and general purpose lorries.

Thought to date from around 1915, this wonderful A10 survivor is believed to be one of just three remaining in running condition in the UK, with a handful known to exist in Australia and New Zealand, both important export markets in period.

It was first road registered GA 3542 in 1918, its subsequent history sadly remaining a mystery until Albion Motors presented it to the world famous Sword Collection where it was to remain until 1965 when the entire collection was sold at auction. Les Gleave, an Isle of Man resident and collector, purchased it and loved it until 2005 when he sold to the vendor. He has kept it in first class running order as you can clearly see today.

An easy starter thanks to its lazy, low-compression engine and described as running particulary sweetly, this delightful lorry is the perfect size, being large enough to impress, yet small enough to store with relative ease. We are unsure when, or even if it has been restored in the past, yet it remains in lovely patinated condition.

This important museum quality First World War survivor is a joy to behold and great fun to drive. This will probably be your one and only chance to acquire such a 101-year-old war hero, so bid vigorously now or kick yourself for your hesitancy hereafter!

AMENDMENT; According to a letter on file from the Albion Archive, it appears this A10 was ordered towards the end of 1917 by the War Office (without lower chain guard or distance recorder). It has been carefully maintained, driving over 50 laps of the parade field at Beamish earlier this year.

Albion Motors started to acquire early Albions in the 1950s through their dealer network, this one joining their collection through Warwick Motor Engineering in Stoke on Trent. It is recorded as having a new cab fitted in the late '60s along with a new body in accordance to photographs supplied by Albion. There is a buff logbook and handbook on file.