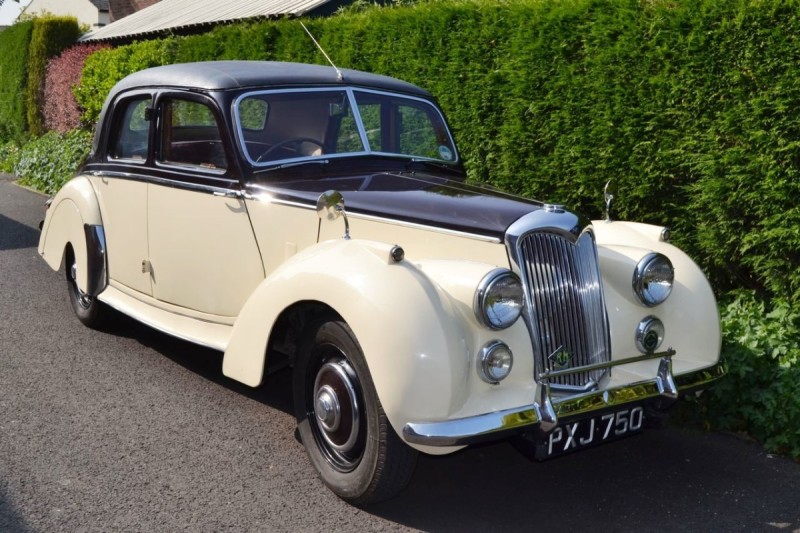 Low-slung, rakish and elegant, the RM series was the last range of cars to be developed independently by Riley before the 1952 merger of Riley's Nuffield Organisation with Austin to form BMC. Originally made in Coventry, by 1949 production had moved to the MG works at Abingdon.

The four-seater 1.5-litre RMA Saloon was introduced in 1945 with low, streamlined styling and an opulent interior designed to appeal to the more discerning motorist. The cars were built on separate chassis assemblies with unstressed, ash-framed steel panel work and a fabric-covered roof.

Power came from a 1,496cc overhead valve four-cylinder engine with twin camshafts, mounted high in the cylinder block. Producing 54bhp, it propelled the car to a top speed of 75mph. The running gear was advanced for its time with rack-and-pinion steering and torsion bar independent front suspension.

Noted for its outstanding handling, the RMA was summed up by Motor magazine as follows: “With its many traditional British features, its good road manners and its excellent build quality and finish, the latest Riley will appeal to discerning drivers whose taste runs to an individual car of very pleasing up-to-date line.”

In 1951 the RMA was replaced by the RME, essentially the same car, but with open prop shaft, hypoid axle, fully hydraulic brakes and a larger rear window. By 1954 it had lost its running boards and gained rear wheel spats, the model continuing in production until the arrival of the new Riley One-Point-Five in 1955.

This well presented RME was built in the last year of production and therefore has the more effective fully hydraulic brakes and attractive wheel spats. Owned by the vendor for the last 35 years, it retains a lovely original interior which was improved when a new headlining was fitted around 10 years ago.

The paintwork is described as good, the car having been resprayed Garnet over Ivory some years ago and many of the original pitted Mazak chrome fittings have been replaced with chromed brass items. The vendor advises us that it is a nice sound example that has given sterling service over the years and will be sorely missed.