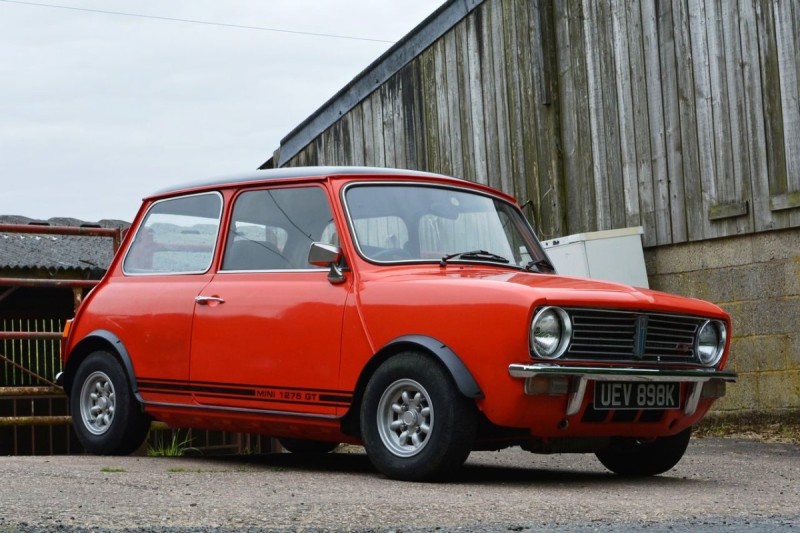 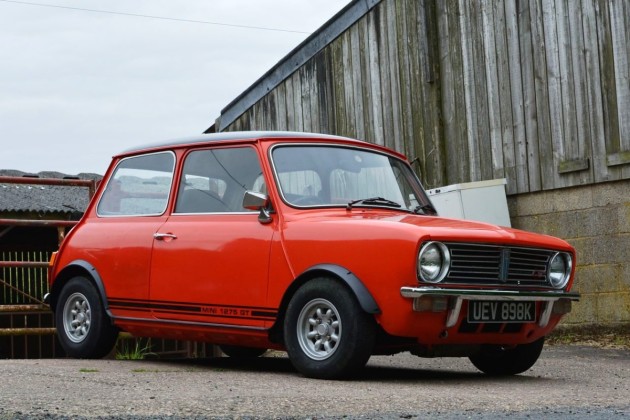 Launched in 1969, the Mini 1275GT was the ‘hot’ version of the new-look Mini Clubman and was intended to replace the old Mini Cooper S which duly ended production in 1971, leaving the 1275GT as the only sporting Mini on sale for the rest of the decade.

Not quite as quick as a Cooper S, it was cheaper to buy, run, and insure. Safer and better equipped than the classic ‘round light’ Mini, it also featured a standard-fit close-ratio gearbox. Performance was lively for the time, achieving 0–60 mph in 12.9 seconds, and the excellent midrange torque offered a 30–50 mph time in top gear of only nine seconds. The bluff front, however, meant that the model struggled to top 90 mph. The Clubman and 1275GT were replaced in 1980 by the new hatchback Austin Metro.

Dating from July 1972, this particular 1275GT was acquired by the vendor from a Droitwich trader last year as an unfinished project with no interior but an excellent body shell which is believed to be a replacement unit. It had been fitted with an uprated A+ engine in Stage 2 tune with a reworked head, 544 fast road cam and a Cooper S exhaust.

The vendor also owned a complete 1275GT that was mechanically good but structurally poor and had intended to transplant the engine and gearbox from his old car into the new one. However, once he had got the tuned A+ engine running properly, he found it was so good and so much quicker than the standard engine that the transplant idea was quickly abandoned (although the 1275GT engine and gearbox will be made available to the new owner by separate negotiation if desired). He has also fitted a later and more comfortable interior to the car.

Said to run and drive well with an MOT until April 2017 with no advisories recorded, the car certainly went very well indeed when we were allowed a test drive on the occasion of our visit, although the vendor advises that the rev counter is not working as the lead from the coil to the clock is missing. Eminently usable as it is but with scope for cosmetic improvement if desired, this pocket rocket looks excellent value at the modest guide price suggested.