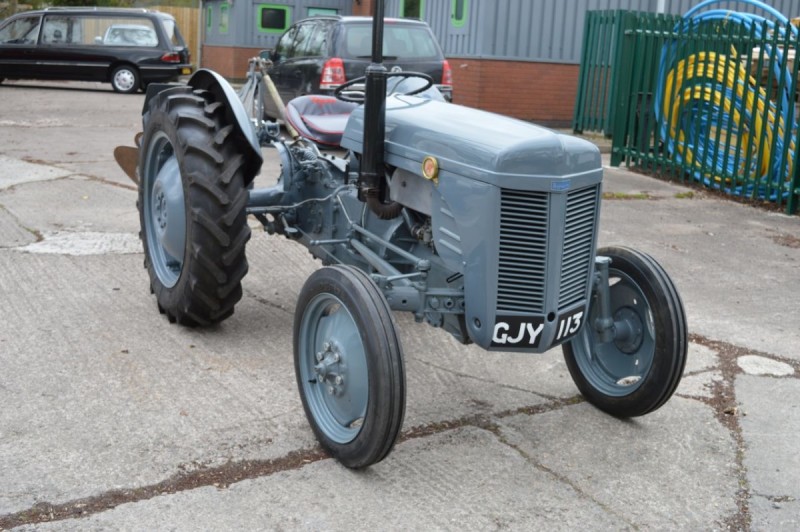 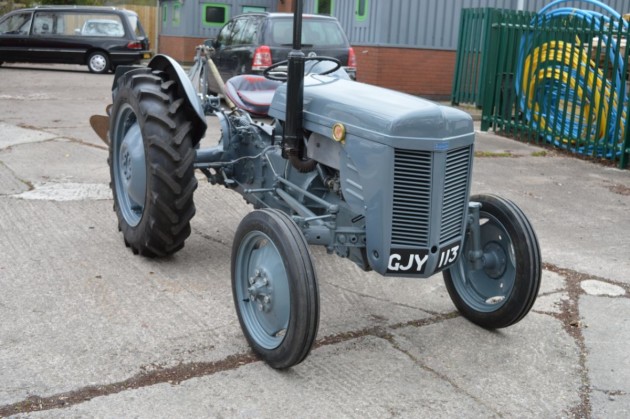 Produced under licence from 1946 at the vast Standard Motor Company ‘shadow factory’ in Coventry (used to make aero engines in the war years), the TE20 employed Standard’s new 1,850cc wet-liner four-cylinder engine, a version of which would later be used in Standard’s road cars, such as the Vanguard.

The first tractors ran on petrol but from 1949 the TED20 version could also run on TVO (tractor vaporising oil – paraffin, more or less) and over half-a-million were sold before production finally came to an end in 1956.

TVO had a loyal following before and after the war as a budget, low grade fuel used in agriculture. A sort of mixture of petrol and paraffin, it required an unfussy engine with a very low-compression ratio to allow it to be used properly, producing a distinctive smell from its exhaust not unlike a modern jet engine – although that is where any similarity ends!

The trick to starting was to turn the fuel tap towards the rear of the tank, where a modest tank of pure petrol would get the thing started. Once up to temperature (not before), the operator would then turn the tap the other way, swapping the supply to the much larger front section of the tank with the cheaper TVO in it.

A good idea in theory, the practice wasn’t that great, most operators being too mean to get the engine hot before swapping over to the cheaper fuel. This made the tractor run like a pig, gradually filling the sump with unburned paraffin as it washed down the bores, diluting the oil with often disastrous consequences. Fine for those engaged in heavy ploughing where the engine was really having to work for a living, but most jobs around the farm were not taxing enough to get sufficient heat into the tractor to make it work. Not that it’s a problem these days as most users know to fill both tanks with decent petrol and all is well.

This very smart 1952 TED has had just two owners from new, spending the majority of its life earning a living on a market garden near Tavistock in Devon where it only had light duties to deal with. Comprehensively refurbished to a high standard in 2004 and little used since, it has been fitted with new tyres and tubes and more recently a new coil and distributor.

Complete with a nicely restored two-furrow plough, this road registered tractor could be put to use around the farm or smallholding, or enjoyed on the ever popular tractor road runs.