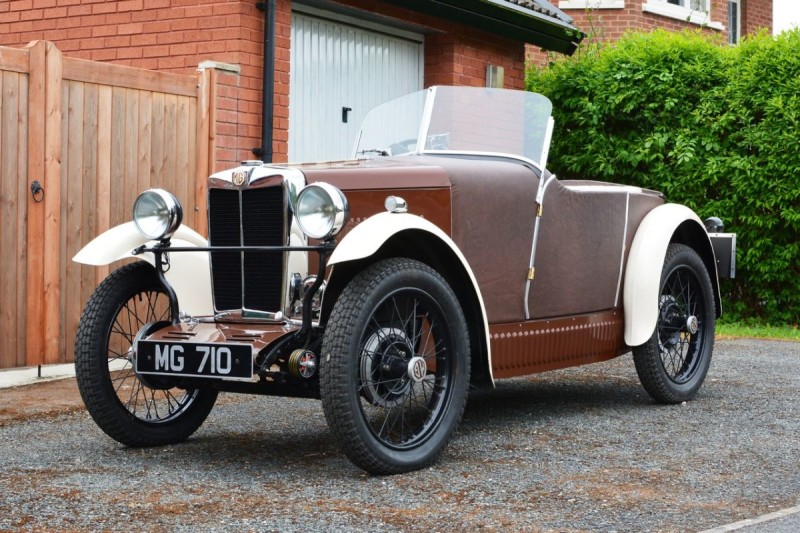 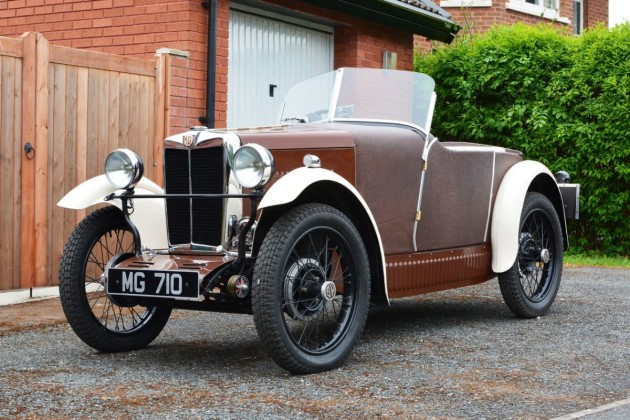 The first of the immortal Midgets, the diminutive M-Type was launched at the 1928 London Motor Show and was the first sports car to come within reach of a mass market. Good for 65mph and costing just £185, it is often credited as the car that saved the MG company at a time when sales of larger cars were faltering due to the dire economic climate.

Power came from an updated version of the four-cylinder bevel-gear driven overhead camshaft engine used in the 1928 Morris Minor and Wolseley 10 with a single SU carburettor giving 20bhp at 4,000 rpm. Drive was to the rear wheels through a three-speed non-synchromesh gearbox. The chassis was based on the one used in the 1928 Morris Minor with lowered suspension using half elliptic springs and Hartford friction shock absorbers with rigid front and rear axles and bolt-on wire wheels. The car had a wheelbase of 78 inches and a track of 42 inches.

1930 brought a series of improvements; the Morris rod brake system, with the handbrake working on the transmission, was replaced by a cable system with cross shaft coupled to the handbrake and the transmission brake deleted. Engine output was increased to 27bhp by improving the camshaft and a four-speed gearbox was offered as an option.

Delightful to drive, the M-Type had considerable sporting success including winning gold medals in the 1929 Land's End Trial and class wins in the 1930 ‘Double Twelve’ race at Brooklands. An entry was also made in the 1930 Le Mans 24-Hour but neither of the two cars finished. Just 3,235 were made before production came to an end in 1932 and all are keenly sought after today.

First registered in July 1930, this M-Type has been subject to a chassis upwards restoration carried out by the current owner in order to fulfil a lifelong ambition to own such a car. A new replacement body correct to original specification was supplied by Sports and Vintage of Shrewsbury and has been fabric covered.

The three-speed gearbox has all new bearings and has a period modification being fitted with an MG D-Type gearbox remote control (a rare and desirable mod which transforms the driving experience). The clutch has been re-lined and a new thrust bearing fitted, along with a new radiator core, new brake linings and cables, new tyres and refurbished shock absorbers.

An authentic new fabric woven wiring harness has been fitted and all lighting, switches and instruments refurbished. All bright-work has been re-chromed and the interior retrimmed in leather, but there is no hood or tonneau cover with the car.

Since the restoration was completed the MG has been very little used apart from the odd trip to local shows. It is only reluctantly for sale because, having invested so much time and resources into the project, the vendor now finds that he is not quite so sprightly as he once was and has difficulty getting in and out of the car.

Supplied with a good file of bills to document the restoration, the icing on the cake is the original and transferable MG 710 registration number which was recently valued at £6,000. Indeed the original cast aluminium plates are also included in the sale which is another nice bonus!