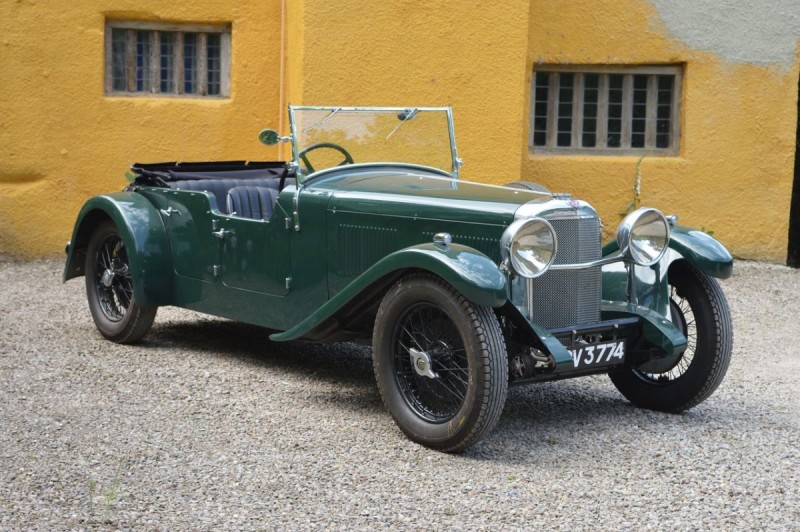 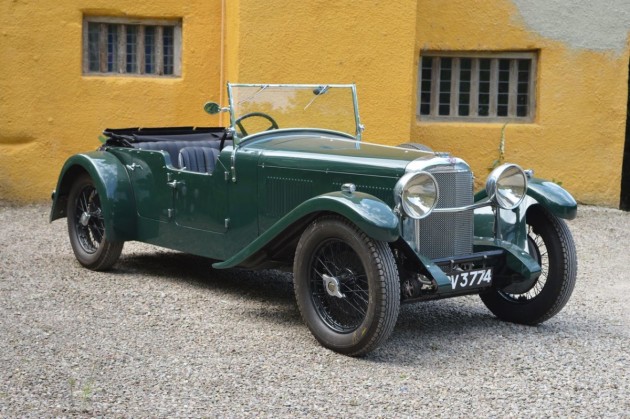 Fast and handsome with tremendous performance and a low, purposeful stance, the Alvis Speed 20 is the epitome of pre-war sporting elegance.

A natural development from Alvis’ successful and potent Silver Eagle models, the Speed 20 came in four iterations, the SA through to SD.

As with virtually all car designs, the earliest of the breed are the purest and most elegant, and the Speed 20 is no exception. Launched with traditional semi-elliptic springs front and rear and a straight-forward beam front axle and crash gearbox, its robust ‘double-drop’ chassis allowed for a very low seating position which inspired some stunning coachwork to be offered on this model.

The smooth rubber-mounted six-cylinder engine was derived from the excellent, late vintage Silver Eagle, its triple-carburettor 2,655cc engine producing 87bhp at 4,000rpm. Good for nearly 90mph, they were the equal of most cars with at least a litre in hand. The majority were delivered with rakish close-coupled saloon bodywork, however four-seat tourers were still popular and local suppliers Cross & Ellis were often chosen by clients to supply their elegant open coachwork.

A copy of the original factory build sheet shows that this 1933 SA was delivered from the factory to Cross & Ellis who fitted an open four-seat tourer body, similar to that fitted today, in black with brown leather upholstery. It lost its original body along the way, coming into the vendor’s hands as a rolling chassis in 1998, its previous owner having acquired the car 20 years before that.

He commissioned a replacement Cross & Ellis style body which has been professionally made and is a close copy of the original. The chassis was restored and the engine rebuilt by a specialist using a new Phoenix crankshaft, new rods and white-metal on the main bearings. It was also reputed to have been fitted with a sports camshaft, although as the car has covered barely 500 miles since, the vendor has yet to make full use of the performance potential of the engine.

The tyres are good and it retains its full set of instruments, the car having proved reliable and impressive to drive during its modest post-restoration miles.

It is nice to see a Cross & Ellis four-seat tourer on a car which started life in that form rather than a rebodied saloon. Its fresh engine, good hood and excellent performance make this exciting pre-war tourer an ideal long-distance rally contender, well able to compete with modern traffic.

Driven some 50 miles to the sale, it is on the button and ready for immediate use.