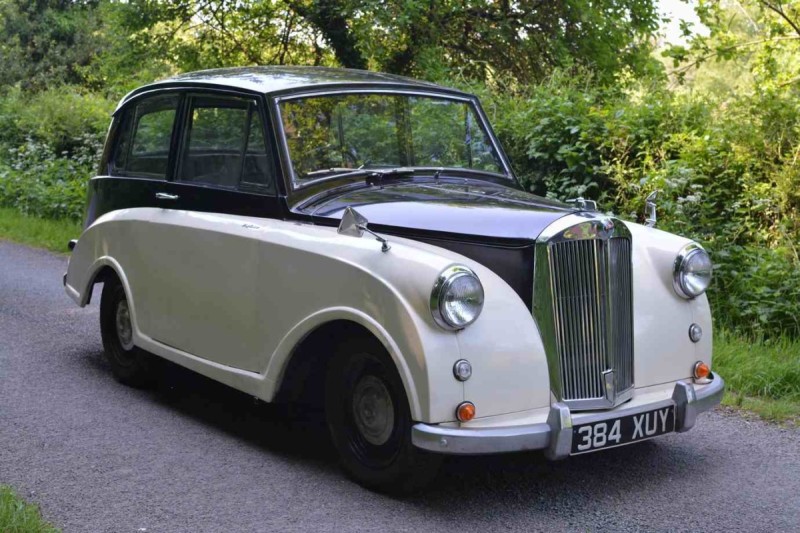 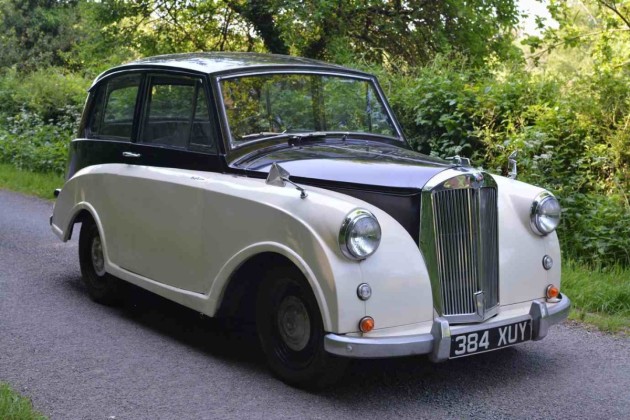 Triumph launched its curious Mayflower as Britain was recovering from the material restrictions following the war years, in an ultimately misguided attempt to crack the all-important American market.

Billed as being an upmarket car at an economy price, the coachwork was designed by Leslie Moore, chief body designer at Mulliner. Triumph’s in-house designer Walter Belgrove also had some input, the Mayflower ending up with the then-fashionable ‘razor-edge’ styling employed by Mulliner on some of their contemporary Bentley and Rolls-Royce bodies at that time.

The imposing radiator also had upscale pretensions as did the protruding rear luggage compartment, but while these styling cues worked well on big limousines, they looked faintly ridiculous on a compact saloon.

The Mayflower made its debut at the October 1949 London Motor Show. With a body built by Fisher & Ludlow at Castle Bromwich, it was the first car with unitary construction to be manufactured by either Standard or Triumph and used an updated version of the Standard Ten’s 38bhp 1,247cc side-valve engine, mated to a three-speed all-synchro gearbox with column shift that had been donated from the Standard Vanguard.

The car had a top speed of almost 63mph, which it reached in just under half a minute. Fuel consumption was around 30mpg. Modern features included hydraulic brakes and independent front suspension and the well-appointed interior relied on traditional materials to continue the upmarket feel.

While we wouldn’t agree with ex-Top Gear presenter James May who called the Mayflower “the ugliest car of all time”, it was certainly something of an acquired taste. The Mayflower's ‘upscale small car’ position did not find a ready market and sales failed to meet Standard's expectations with only 200 sold in its intended American market, although it did find 35,000 buyers elsewhere before production came to an end in 1953.

Dating from the last year of production, this Mayflower was bought from Brightwells on a whim early last year and is said to be in good running order having been treated to five new tyres and all-new ignition components within the last couple of years.

It comes with an original owner's manual, spares list, and workshop manual and retains its nicely patinated original interior. The vendor has decided to sell a large part of his sizeable collection of classics to try and bring the fleet to more manageable proportions hence the Mayflower’s inclusion in the sale today.

Only a handful of these quirky mini limos still survive and, although it does look rather hearse-like from the side, this ‘use and improve’ example deserves to be regularly driven on the roads – if only to annoy James May.