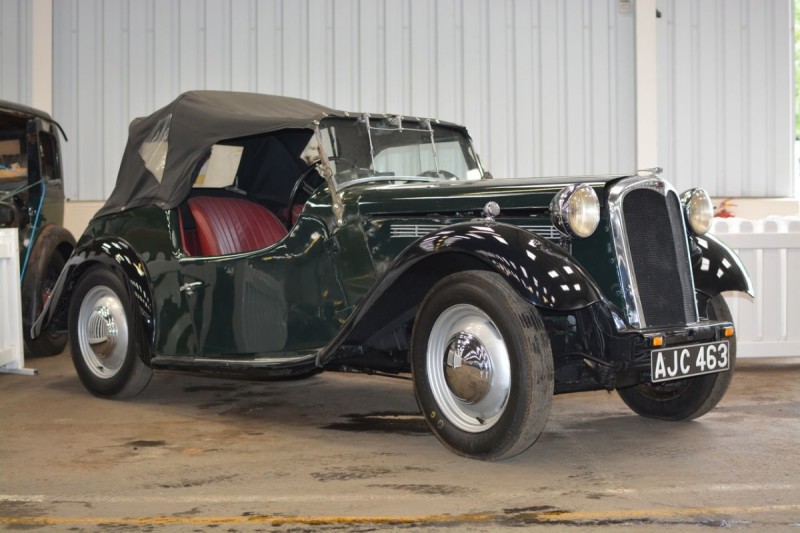 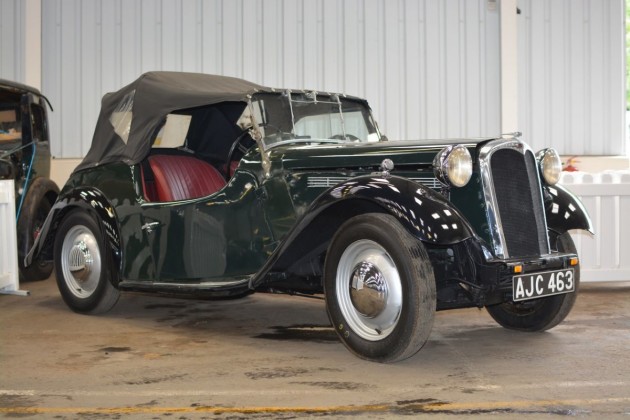 Starting out as a cycle maker in Coventry in the 1880s, Singer made its first car in 1905 and by the end of the 1920s was the UK's third largest manufacturer with over 40 types of car.

The Singer Nine Roadster was introduced in 1939 and became the basis of the post war models. An open version of Singer’s Bantam saloon, it used a tuned version of the Bantam’s 1,074cc OHC engine with a revised manifold, downdraught SU carburettor and raised compression. Producing 36bhp and driving through a 3-speed gearbox, it gave the car a top speed of 65mph.

In 1950 it evolved into the 4A Roadster, so called because it had a 4-speed gearbox from the Singer Hunter while a Solex carb brought the power up to 37bhp. The 4AB model was quick to follow with a new chassis with independent front suspension by coil springs and different road wheels. The engine remained unchanged but the brakes became a mixed hydraulic/rod system. Externally it had a shorter radiator grille and different front wings. It remained in production until January 1953 by which time just under 1,000 had been sold and survivors are now rare and sought after.

First registered in April 1951, this 4AB was acquired by the vendor about five years ago after it had been languishing in a barn for three decades or more. A professional car mechanic, he set about a thorough body-off restoration which has only recently been completed. Naturally the car is now in very good order throughout and is said to run and drive as it should.

It comes with a very useful assortment of technical literature relating to the model including an original owner’s handbook and a detailed service manual plus an old green log book from 1971 when the car was with a Mr Quantrell of Kent. There is also an old tax disc from September 1968 which could well be the last time that this pretty little Roadster was in regular use.