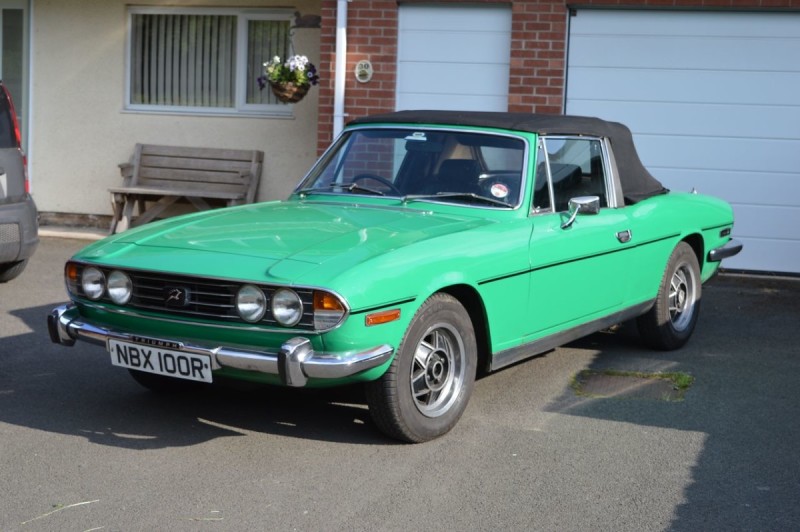 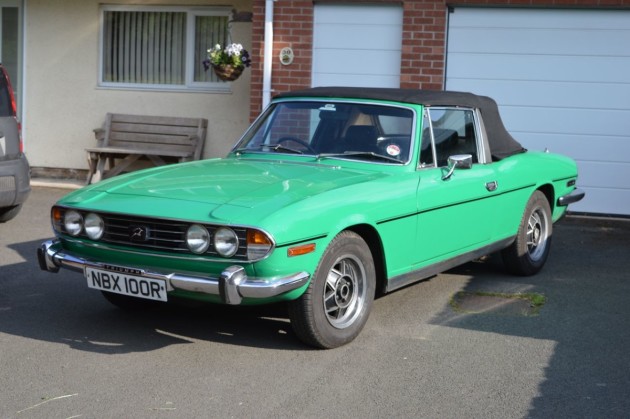 The Stag came into existance only because of the close relationship between Harry Webster, Triumph’s Director of Engineering and Giovanni Michelotti, the head of the Italian styling house responsible for Triumph's designs in the '60s and '70s.

Michelotti asked if they could undertake a styling exercise, on their own initiative and soon got to work producing a mock-up of what was to become the Triumph Stag. When presented to the bosses at Triumph, the response was immediate and the project to build the car got the go-ahead straight away.

Produced between 1970 and 1978, the Stag was conceived as a gentleman's sports tourer to compete head-on with rivals such as the Mercedes SL. Powered by an all-new 3-litre V8, its 145bhp was sufficient to push the car to 115mph. Some 25,900 were produced, with an impressive 9,000 still in existence according to the Stag Club.

This August 1976 automatic had been owned by the same family from December 1977 until purchased by the vendor last year. Its ownership had been shuffled between family members due to certain business difficulties during the ‘90s, accounting for the recorded five previous owners in the logbook.

We know that by 1989 the mileage was 74,901, the next record showing that this had increased to 88,622 miles by 2003. At this time the car was treated to a considerable amount of expenditure which included new tyres, an alarm, new subframe mounts, brake pipes, servicing and a new viscous fan, suggesting a return to the road after a period of inactivity. Shortly after, its owner fell ill and the car has barely been used since, the odometer showing 89,385 miles when tested in 2014.

The vendor acquired the car in February 2015 and set about a thorough recommissioning. He changed all of the fluids, including a full flush of the cooling system, new hoses and a new modified header tank. The brake fluid was changed and braided hoses fitted and the front suspension polybushed throughout. New oil seals were then fitted to the differential. He also added electronic ignition and has given the car some general TLC to smarten things up including scraping the dried underseal from underneath the car and applying a fresh coat.

When MOTd in April of this year, the tester commented on the solid condition of the underside of the car, the owner having covered some 1,500 miles trouble-free miles since the recommissioning took place. An advisory on the MOT regarding wear to the steering rack has already been attended to.

Complete with a hard top and a stainless exhaust, this sound and original 91,000 mile example is only on the market because the vendor, now firmly bitten by the Stag bug, has acquired another car in near concours condition so this one has to go.