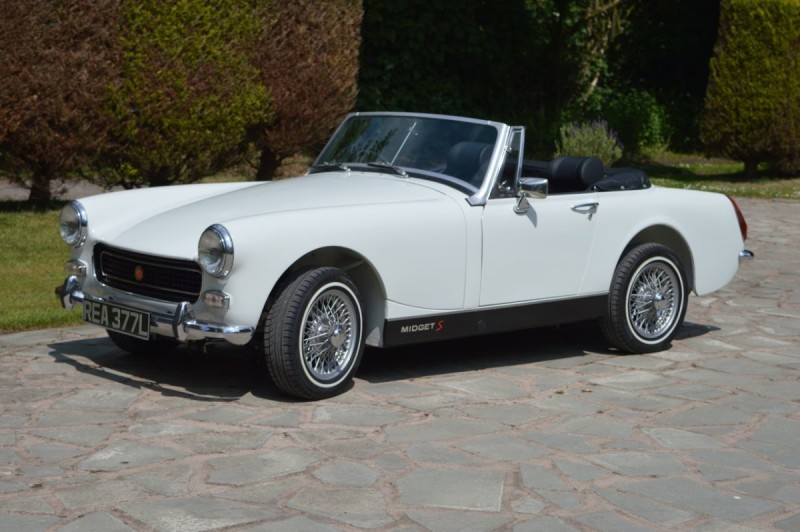 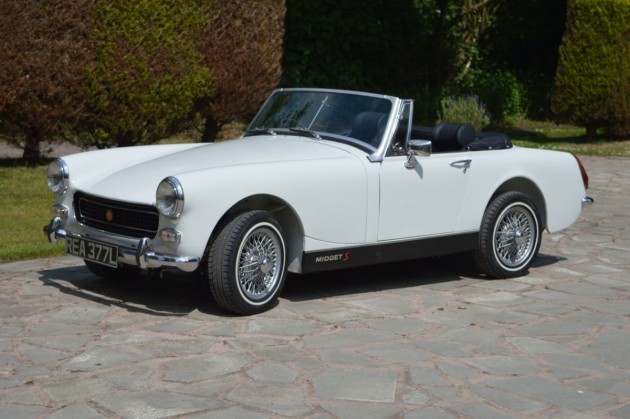 In 1962 the engine was uprated to a 1,098cc unit now with 56bhp and brake discs replaced the drums at the front. With the launch of the MkIII version in 1966, the engine was enlarged yet again to 1,275cc and now produced 67bhp. The rear axle ratio was also increased for more relaxed cruising along with a host of minor revisions to the interior and exterior.

This stunning 1973 MkIII was purchased by the vendor in 2014 having been restored in the 1990s around a new Heritage shell. Wearing rather tired green paintwork, the vendor treated it to a full bare metal respray in white, the end result looking very impressive indeed, including the carefully detailed engine bay.

It has been upgraded with adjustable rear shock absorbers, a three-branch exhaust manifold and a fruity sports exhaust along with a two-harness set of seat belts. A new hood, seat covers and carpet set brought the interior up to scratch and it comes with a smart hood cover.

Sitting on later wire wheels with brand new low profile tyres, this extremely smart, tax exempt, re-shelled Midget is MOTd until October 2016 and wants for nothing other than a proud new owner behind the wheel.