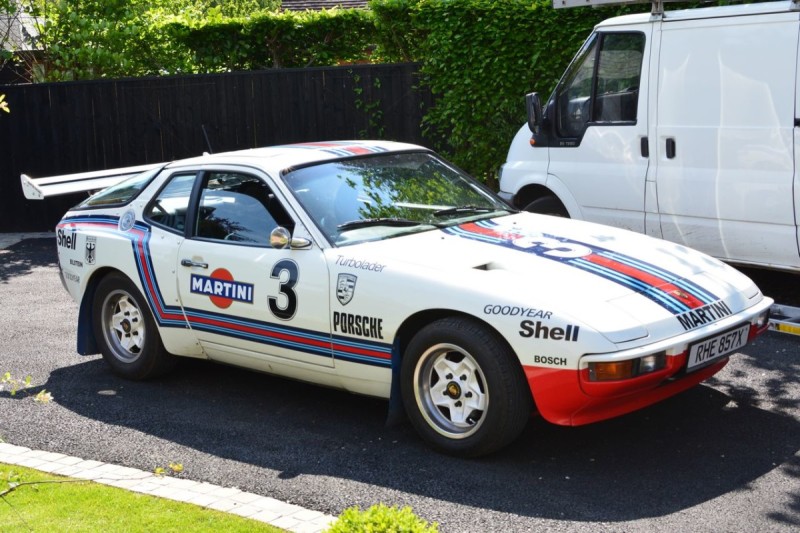 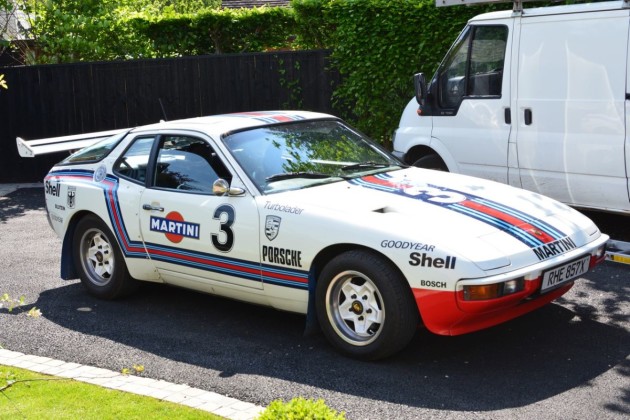 When Porsche launched the 924 in November 1975, it marked a radical departure for the company: not only did it have a front engine, it was also cooled by water rather than air.

Initially Porsche fans were not entirely convinced but, once behind the wheel, few could really find anything to complain about. With its front engine, rear transaxle layout, the 924 was a fabulously well balanced machine that actually out-handled the rest of the Porsche range.

Power came from a 2-litre 125bhp four-cylinder engine allied to a five-speed gearbox, making the car good for a 10 seconds 0-60 dash on its way to a top speed of 125mph. In 1977 a special Martini Edition version of the 924 was released to commemorate Porsche’s double World Championships in sports car racing in Group 5 and Group 6. They were painted in Martini colours over white with special trim, uprated suspension, white alloy wheels and a ‘Weltmeister’ plaque on the gearstick console.

Costing around two-thirds the price of a 911, the 924 was a huge success for Porsche and remained in production until 1988, effectively saving the company at what was a difficult time in its history and also acting as inspiration for the suspiciously similar Mazda RX7...

Dating from 1979, this fabulous Porsche 924 Martini Rally Replica was specially built over a period of eight years at a cost of over £25,000 as the prize in a national 'Win a Car' competition. It comes with a vast history file documenting the build which used genuine Porsche parts throughout.

The engine was fully rebuilt by a Porsche main dealer and fitted with twin Weber carbs, mated to a 5-speed gearbox with a new clutch. Many other parts were also renewed and uprated as required including drive shafts; steering; brakes; cooling system; exhaust etc, all fully detailed in invoices on file.

The bodywork was fully restored and treated to a top quality repaint in white with Martini decals and a race spoiler at the rear. Inside the car is fitted with genuine Porsche 'lollipop' rally seats (very rare and expensive) with additional instruments in the centre console, a Momo steering wheel, two rally timer stopwatches and a fire extinguisher. An original Martini Racing Team jacket is also included.

The vendor acquired the car in 2015 and has used it regularly, including various outings at Shelsley Walsh and a recent 1,500 mile round trip to the Laon Classic event in France during which the car performed faultlessly. Said to drive superbly and due to have a fresh MOT in time for the sale, it is being offered here at a fraction of the costs lavished upon it to date.