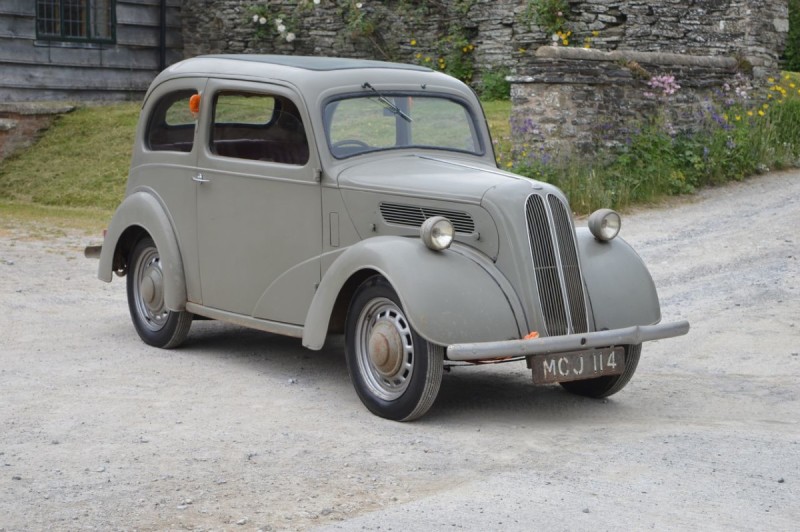 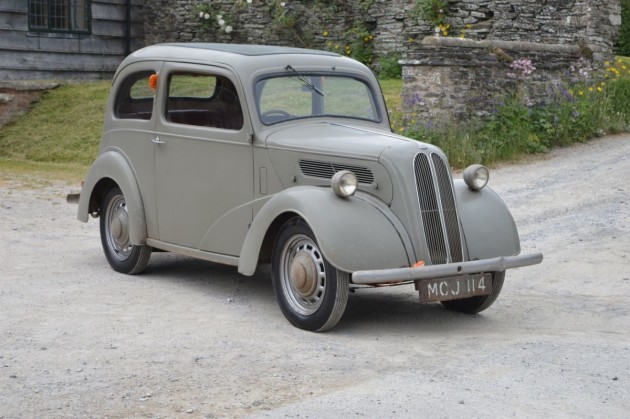 The Ford 103E is best known to most enthusiasts as the 'sit up and beg' Popular. Launched in 1953 as a budget addition to the Anglia and Prefect range, it hit the market at the perfect time as second-hand cars were virtually unobtainable.

For sale alongside the more modern three-box monocoque Prefect/Anglia, it won many friends for its unpretentious basic design which, despite a lack of such luxuries as a heater or passenger windscreen wiper, performed sterling service with considerable charm.

This 1954 example was purchased by its previous owner at the tender age of 15 in 1967. Dry stored until it was recommissioned in 2014, it is a straight and original example with a current V5C that has formed part of a well-known collection of 'oily rag', highly original cars.

In running order, it could do with some general tidying and we are advised that the engine is a little tired. Nice original cars like this are becoming increasingly sought after and hard to find, making this look like an ideal candiate to use, improve and preserve.

AMENDMENT; Bidders are advised that there is no V5C with this vehicle, although the registration number is recognised by the DVLA. The new owner should be able to apply for a replacement V5C in the normal way.