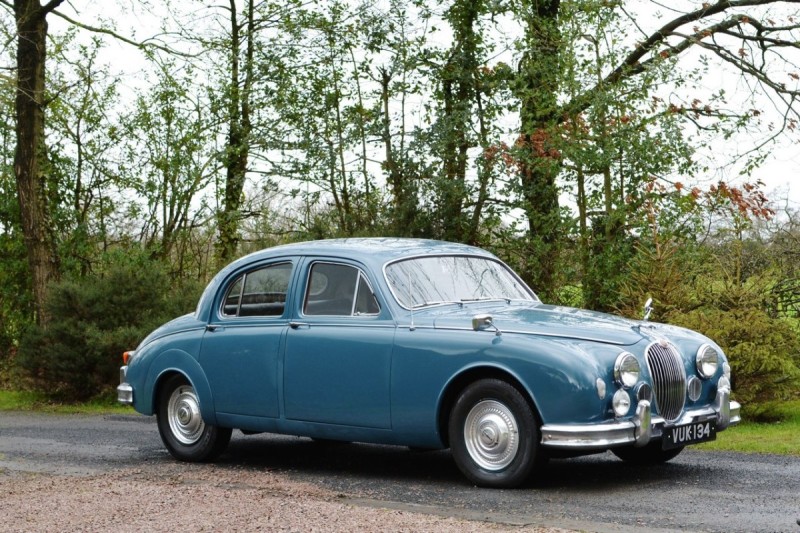 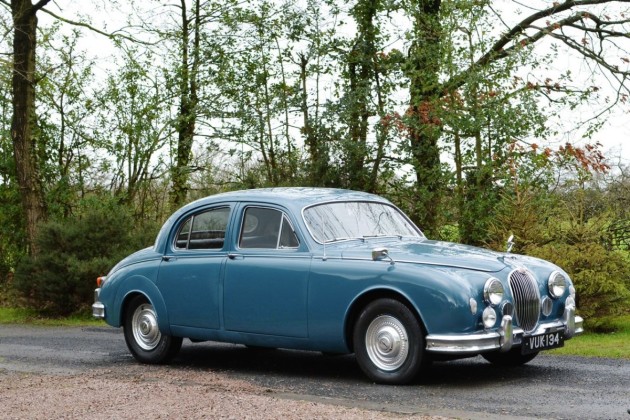 Launched in 1955, the MkI saloon was a great step forward for Jaguar as it was the first car they had ever made using the unitary method of construction.

The monocoque body – in which the basic shell doubled as the chassis – had the twin advantages of saving weight and being far more rigid than the old body-on-frame construction. Stress engineering was still in its infancy in the 1950s so the MkI shell was actually over-engineered by modern standards and the thick door and windscreen pillars made the body even stiffer than Jaguar had hoped for.

The result was an inherently fine handling car to which relatively soft suspension could be added which paid dividends in refinement and roadholding. Being a Jaguar, it also looked superb with an air of coiled energy that put it into a different league from rival executive saloons such as the stately Humber, bulbous Standard Vanguard and matronly Rover P4.

Initially only available as a 2.4-litre, it was soon obvious that the car was crying out for more power so the magnificent 3.4-litre XK engine was also installed from 1957 onwards. With 210bhp on tap, this could propel the car to 60mph in just nine seconds on its way to a top speed of over 120mph. Four-wheel disc brakes were also added at the same time which gave much improved stopping power compared to the old drum brakes set up. An overdrive gearbox also proved a popular option.

The independent front suspension featured double wishbones, coil springs, and an anti-roll bar. The live rear axle was positively located by quarter-elliptic leaf springs, trailing arms and a Panhard rod in a manner reminiscent of the D-Type, being a significant improvement over the other saloons and XK sports cars. The curiously narrow 4’ 2¼” rear track was a result of Lyons’ determination that the car would look tear-drop shaped from above, a concept that his engineers were never sold on and were quick to drop on the MkII.

The luxurious interior was of similar design to Jaguar’s big saloons, with most of the dials and switches being located on the central dashboard between the driver and passenger. This arrangement reduced the differences between LHD and RHD production but it also makes for a wonderfully retro cabin ambience today. Indeed the slender individual front seats made the MkI almost as roomy inside as the bulky MkVII.

A natural track car, the MkI came to dominate saloon car racing of the era, racking up numerous wins in the hands of legendary drivers such as Tommy Sopwith, Roy Salvadori and Stirling Moss. The MkI also gained enduring notoriety when, on 22nd January 1959, former motor racing world champion Mike Hawthorn was killed in an accident involving his own highly-tuned 3.4-litre (VDU 881) on the Guildford bypass in Surrey.

As the original buff log book confirms, VUK 134 was sold new via Attwood’s of Wolverhampton to first owner Henry Hough of Wednesfield in April 1958. It then had three further local owners in quick succession before being acquired in 1964 by Arthur and Edna Haden of Redditch who were to keep it for the next 41 years, the current keeper acquiring it from their estate in 2005. The indicated mileage of 23,400 is believed genuine but there is insufficient history to warrant this, although the wonderfully preserved Navy hide interior would certainly not rule it out.

At some point the car’s original 3.4-litre engine (KE6948.81) was removed and a replacement of the correct type fitted, this unit being professionally rebuilt prior to installation since when the car has covered just a handful of miles, being mainly kept in Carcoon storage these past 10 years. Uprated Coopercraft brakes were also fitted front and rear at around the same time.

Starting promptly and running sweetly as we manoeuvred it for these photos, the car remains in largely original condition throughout with excellent panel gaps and good Cotswold Blue paint that appears to have been expertly refreshed at some time. The interior woodwork has also been French-polished and has a lustrous satin sheen.

Riding on steel wheels with optional ‘Ace Mercury’ aluminium hubcaps, it comes with the aforementioned buff log book; old style V5; one old MOT from 2004/05; an original owner’s handbook, lubrication chart and maintenance chart; spare wheel; wheel-changing kit and the original tool kit and case. Pleasingly it also retains its original aluminium number plates, although these had yet to be re-fitted when we took these photographs. Although exempt from such things, it is due to have a fresh MOT in time for the sale.

With a startling turn of speed that was almost immoral at the price, the 3.4 also offered a level of luxury which was only really bettered by the products of Crewe (at three times the money). Putting true high performance into the hands of the moderately wealthy, the MkI was also a firm favourite with the rich elite who could have easily afforded something flashy and foreign at twice the price. A quintessentially British sporting saloon, it crossed the divide between bookmaker, gangster and Peer of the Realm.

So much more classy and bespoke than the somewhat flashy MkII, the MkI is also incomparably the rarer car – just 17,405 of the 3.4-litre cars were made before production ended in 1959 and it is thought that no more than 200 RHD examples survive today, only a handful of which are roadworthy. A good few have been converted into formidable racing machines. Anyone who has been to the Goodwood Revival will tell you what a fantastic spectacle they make on the track – and how mean and moody they look in the paddock! A small industry has also sprung up converting them into fabulous Mike Hawthorn replicas.

Long undervalued, the 3.4-litre is finally being accorded the respect it deserves and good ones are increasingly sought after – though rarely available as owners tend to hang on to them. This mechanically refreshed and largely original 3.4 overdrive surely represents a shrewd investment at the sensible guide price suggested. Find another one!

AMENDMENT: This car does not have a current MOT and being pre-1960 nor does it require one.