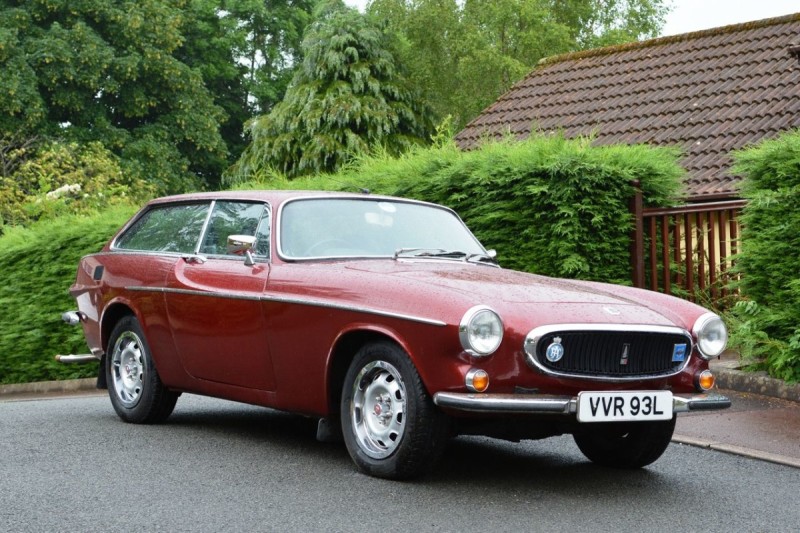 Launched in 1960, the strikingly handsome P1800 was Volvo's first attempt to enter the sports car market, though in truth it was more a boulevard cruiser than a racer.

The car shot to fame in 1962 when Simon Templar, played by Roger Moore, drove a white one in the hit TV series 'The Saint' (after Jaguar had refused to supply an E-Type because they didn't need the publicity!). Initially powered by a 100bhp twin-carb version of the faithful B18 1.8-litre engine, this was replaced by a two-litre B20 unit in 1969.

For 1970 numerous changes came with the fuel-injected 1800E, which had the B20E engine with Bosch D-Jetronic fuel injection and a revised camshaft, hiking power to 130bhp without sacrificing fuel economy. Top speed was 120mph and it could hit 60 in a respectable 9.5 seconds. The 1970 model was also the first 1800 to have four-wheel disc brakes, replacing the rear drums of the earlier models.

In 1972 came the last model of the range, the 1800ES, an estate version with an all-glass tailgate and folding rear seats that created a long flat loading area. Only in production for two years, just 8,077 of the ES were sold worldwide, making them a relatively rare sight today. Apart from looking a million dollars these cars are amazingly robust – a 1966 Volvo P1800S holds the Guinness World Record for the most miles covered on an original engine: over 3 million at the last count!

First registered in November 1972, this P1800ES Automatic comes in an attractive colour scheme of maroon metallic with a black leather interior. The vendor (who is Chairman of his local classic car club) has owned the car since 2008 and has kept it well-maintained throughout that time with various bills on file charting routine maintenance.

In regular use until fairly recently, the car has barely been driven at all in the last couple of years due to the advancing years of the vendor, hence the reason for sale. Although the last MOT expired in March 2015, the car fired up promptly on the occasion of our visit and ran very sweetly as we moved it around for these photographs. The low indicated mileage of just 68,700 is almost certainly genuine although there is insufficient history to warrant this.

Only 87 Volvo P1800 ES models are still UK registered today, of which just three are automatics, making this a rare car indeed and you could wait a long time to see another for sale, let alone one as tidy as this.