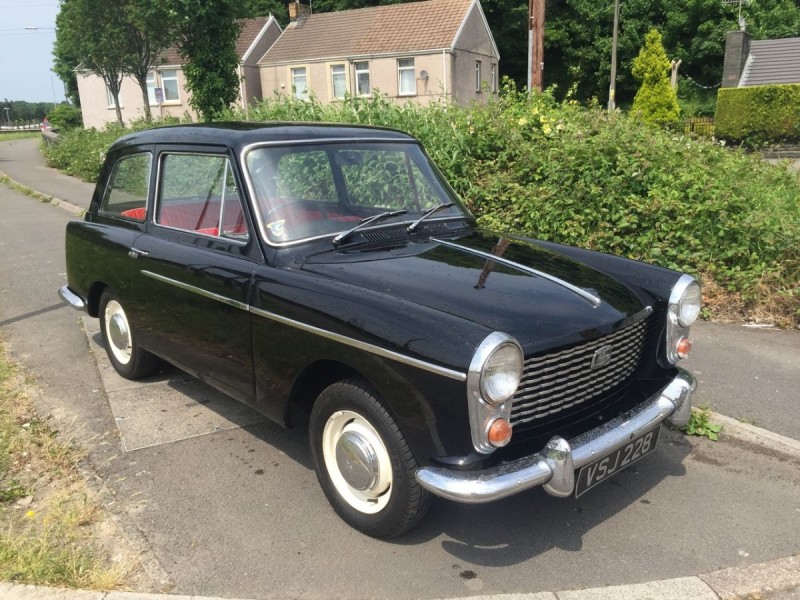 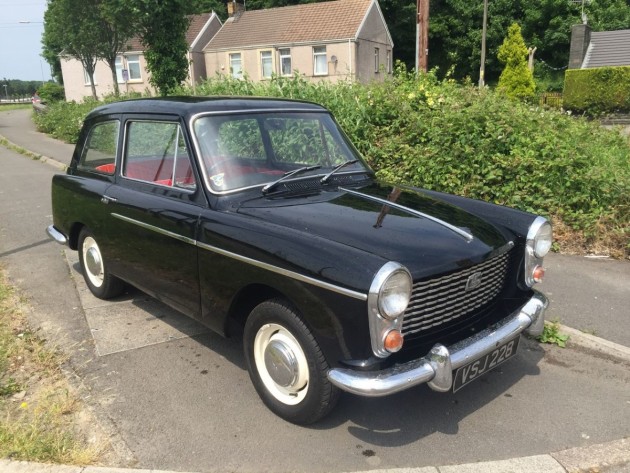 Launched by BMC in 1958 to replace the highly successful Austin A35, the A40 Farina was a strikingly modern car with clean, functional lines penned by Pininfarina of Italy.

Initially powered by the A-Series 948cc 34bhp engine, this was replaced by a 1098cc 48bhp unit in the MkII version in 1961. The MkII also had a longer wheelbase, new front grill and dashboard and fully hydraulic brakes. Robust, stylish and practical, with a top speed approaching 90mph, the A40 was a great export success for BMC, even in the USA where it was quaintly marketed as 'The Gayest Economy Sedan Ever'.

In an unlikely turn of events, the A40 has subsequently earned its place at the front of the grid in recent times, proving itself time and time again in historic racing as a potential front-runner.

This splendid MkI is howver no racer, just a well cared for car that has seen gentle use over the last few years. Fitted with new carpets, it remains otherwise remarkably original and is due to carry a fresh MOT by the time of the sale. The vendor believes the indicated 82,150 miles to be correct, although there is insufficient paperwork to confirm this, adding that it is particularly nice to drive, buzzing along at a very respectable pace.

Reliable, spritely and fun to drive, the popularity of the A40 has increased significantly over the last few years. For those looking for a nice, original classic to own and enjoy, this looks like an ideal candidate. For those with more sporting intentions, the easy availability of every known tuning component and plenty of opportunity to compete makes this pre-1960 A40 equally attractive.

AMENDMENT: Bidders are advised that the vendor has not had the chance to put a fresh MOT on this car. Its current ticket expires on 14th July 2016.