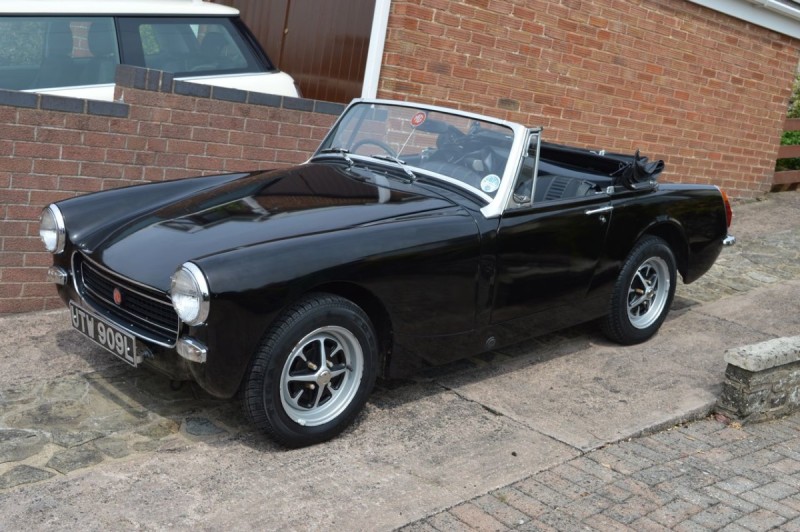 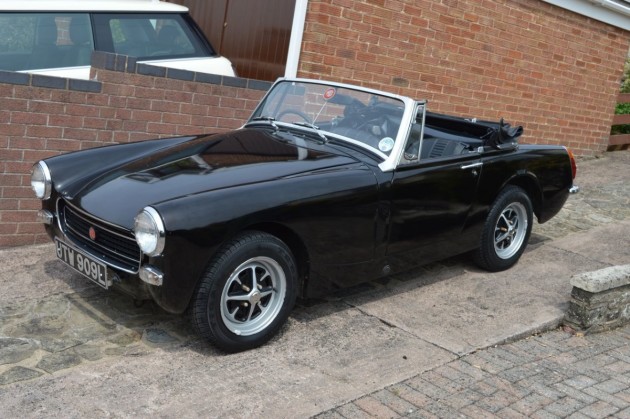 The first cars had rudimentary sliding side screens and were quite primitive. As time went on, improvements such as winding windows, semi elliptic rear springs and engine capacity increases from 948cc, through 1,098cc to the 1,275cc A-Series engine from the Mini Cooper S were introduced.

By the time the MkIII was launched in 1966 with a proper folding hood, the car had evolved significantly. This lasted until 1974 when major revisions were undertaken including rubber bumpers and the 1500cc engine from the Spitfire – things were never quite the same after that. As soon as the car was introduced, its sporting potential was clear, the lightweight machine offering a competitive package in virtually every form of motorsport.

This smart 1972 Midget MkIII was purchased by the vendor’s late husband in 1984 as a present to his wife for their Silver Wedding (gentlemen take note please!). An engineer by training and perfectionist by nature, he took nearly three years to completely strip and rebuild the car, a process that was documented through a series of photographs. The standard of work can easily be appreciated, with quality repairs taking place throughout the full structure of the car.

Used regularly until his passing some 13 years ago, the car has covered few miles since and the vendor has decided that it is now time to let it go. It is MOTd until August 2016.

The car is being sold with a barely used hard top and some useful spares and apart from a few signs of ageing on the paintwork, remains in very good condition indeed.