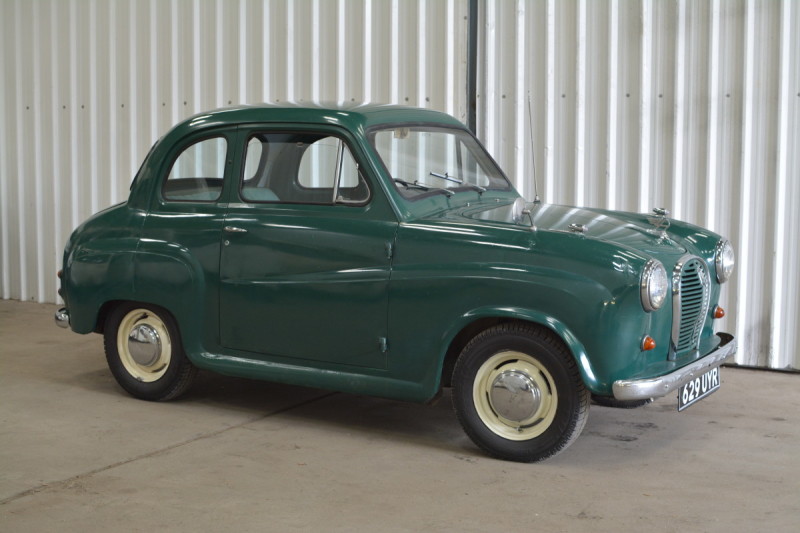 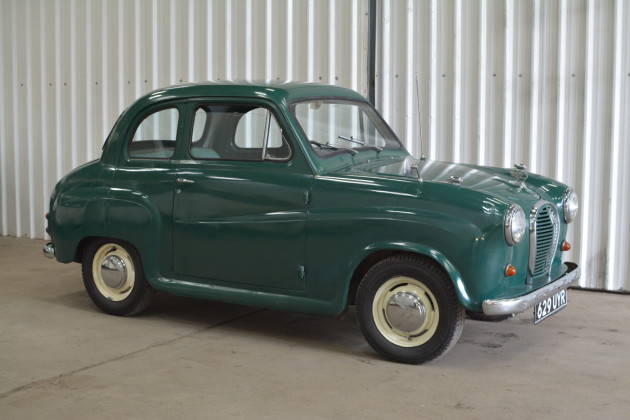 Introduced in 1956, the Austin A35 was a much-improved version of its A30 predecessor, the name reflecting its larger and more powerful 35bhp A-Series 948cc engine which it borrowed from the new Morris Minor 1000.

This powerplant gave the little Austin a surprisingly nippy performance for its class and even led to some saloon car racing successes during the late-50's – indeed A35s are still being campaigned in historic races today, often humbling much larger machines with their pace and agility. Very similar to the A30 in appearance, the A35 is distinguished by a larger front grille (with painted slats instead of chrome), a larger rear window, remote control gear-change and flashing turn signal indicators in place of semaphore arms.

It was a huge success with the buying public and some 130,000 A35 saloons were sold before it was replaced with the Farina-styled A40 in 1959.

Built in 1958, this attractive green A35 has been in storage since 1985. Recently recommissioned, it has just had a complete brake overhaul including new pipes, cylinders, master cylinder and shoes. The aged tyres have been replaced with four new ones and the vendor has given it a full oil and lubrication service.

Other than new carpets, its interior remains in nice original condition and it will be driven around 25 miles to the sale. Supplied at some time through Prideaux Garage of Barnstaple, it has an original Esso lubrication booklet in the file which shows two oil changes in 1959 by which time it had covered just 4,700 miles.

There are six old MOTs, the earliest from 1979 which shows an indicated mileage of 49,280 miles, this total having increased to 53,000 miles which comes as no surprise given the car’s 30 year hibernation. Being a pre-1960 model, it is of course MOT exempt today.

This matching numbers A35 is ready to enjoy straight away, or would make an ideal basis to convert into something a bit more potent in which to compete in the exciting HRDC A-series challenge.