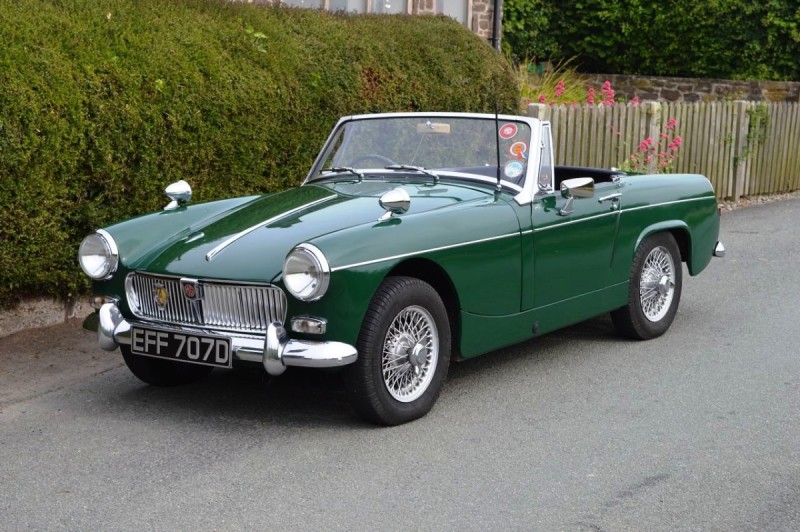 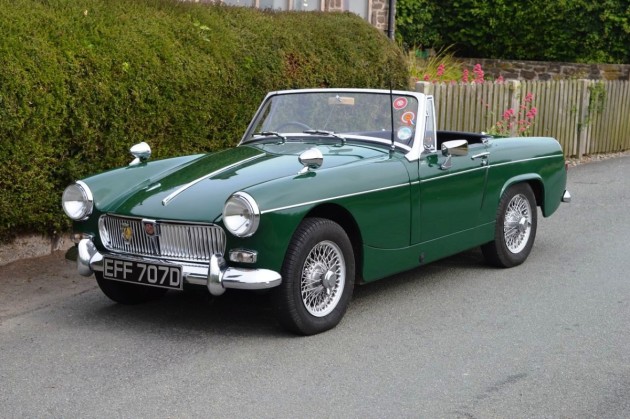 The MG Midget, spiritual successor to a whole generation of small sports cars from the famous Abingdon marque, came about when the Austin-Healey Motor Company merged into the BMC empire.

MG needed a stop gap to bolster sales before the MGB could be bought into production and so the recently launched Austin-Healey Sprite MkII was re-badged as an MG. Sold alongside the Austin-Healey Sprite, the new Midget was a better equipped version of the little Healey and was priced some £40 higher. It immediately caught on with MG enthusiasts in large numbers, the earlier cars having a lightness, charm and simplicity of form that the later cars could never quite equal.

This wire wheel-equipped 1966 MkII example, with the later 59bhp 1,098cc engine, was purchased by the vendor in 2006. He had been hunting for a good one for some time, before tracking this one down from a contact made at a car show. It had been comprehensively rebuilt by its previous engineer owner and has received regular maintenance over the last 10 years during which time it has covered just 2,000 miles.

The documents file includes numerous bills, 20 old MOTs and a DVLA printout listing its previous owners. On offer purely due to lack of use, this very nicely presented car is MOTd until June 2017 and on the button and ready to go.