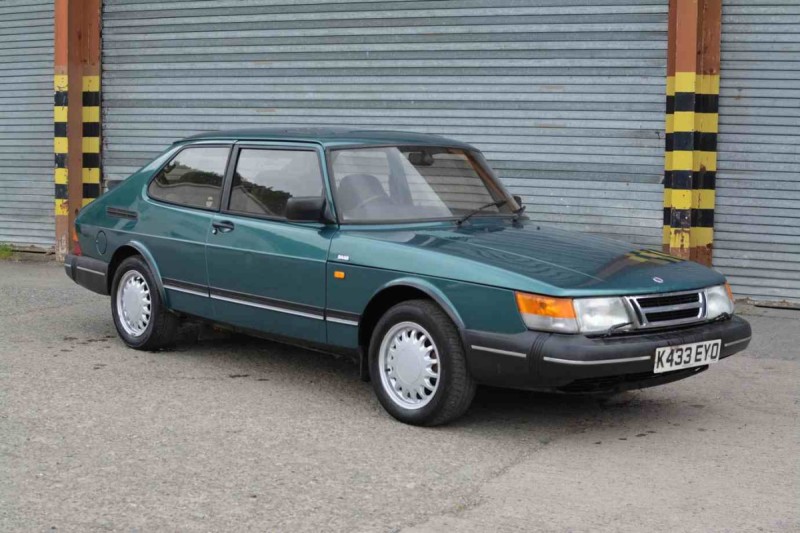 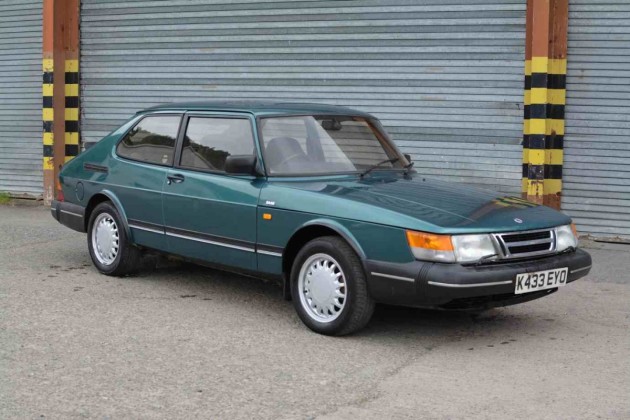 The new Saab 900 was introduced in 1978 and used an extended version of the 99’s floorpan.

Anticipated crash protection legislation in Saab’s important US market dictated a change to the front of the car, adding much heavier and more substantial bumpers. The new model was initially available as a three- or five-door hatch, being joined in 1980 by a saloon version which came in two- or four-door formats.

Its most technically interesting feature was the front-drive layout, which had the engine mounted on top of the gearbox. The drive was delivered at the front of the power unit, dropping down into the five-speed gearbox mounted beneath, similar in many ways to the Mini except that it retained its own supply of oil. In order to keep the bonnet-line and centre-of-gravity as low as possible, the engine was canted over at 45-degrees. Double wishbone front suspension and a beam rear axle gave this front-driver extremely sure-footed handling, anti-roll bars being added from 1985 onwards.

The 900 gained Saab’s characteristic wrap-around screen, supposedly inspired by their Viggen fighter jet, along with front-lit instruments which, along with the switchgear, were carefully laid out in front of the driver in order of frequency of use.

Its replacement arrived in 1993, the new 9000 using a floorpan shared with Alfa Romeo, Fiat and Lancia. Although dynamically very competent, it somehow lost some of Saab’s Swedish character and for many, their cars were never quite the same again.

This 1993 900 XS was one of the last made and built to a spec and price specifically aimed at the company car buyer – remember them? Falling in just below the Chancellor’s £19,250 threshold, it offered a bit of Swedish logic and design flair in place of a BMW 3-series which was favoured by the Yuppies, or the darling of the fleet manager, the by then outdated Sierra Ghia or Cavalier SRi– ah, those were days!

This smart looking example was purchased by the vendor purely to save it from being traded in as part of the ill-conceived scrappage scheme in 2015. Due to carry a fresh MOT in time for the sale, its last 16 MOTs form part of its documentary history, along with numerous bills, the factory handbook and lots of old bills and invoices.

The car has covered 138,000 miles from new, a mere walk in the park for a Saab of this era and is due to be driven to the sale. On offer at No Reserve, the buyer of this stylish and practical modern classic is likely to enjoy some pleasurable and extremely cost effective motoring over the next few years.