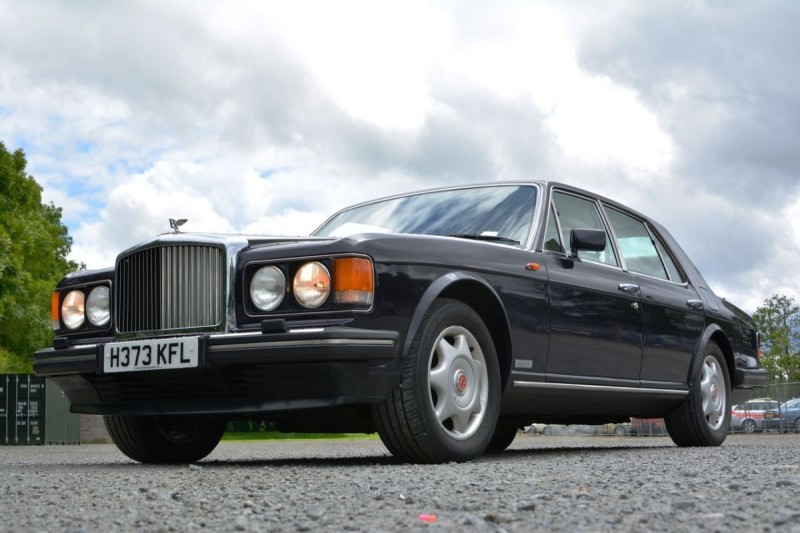 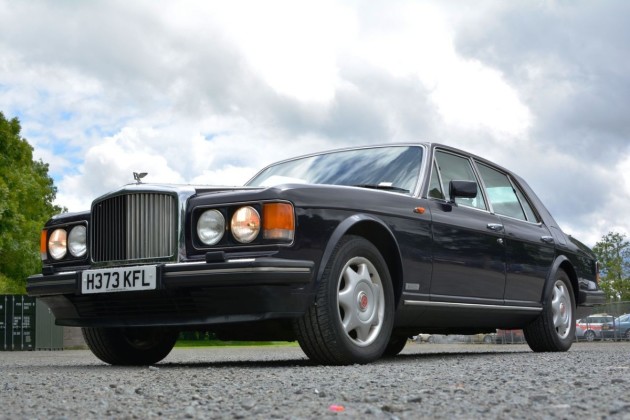 Introduced in 1984, the Eight was intended to attract a younger generation of buyers to the newly resurgent Bentley marque with a price tag just a whisker under the psychologically important £50,000 mark.

Visually distinguished by its racy wire mesh radiator grille (a reference to the stoneguards worn by the W.O. Le Mans cars) it proved a more sporting drive than its Mulsanne sibling thanks to specially stiffened front suspension. To keep costs down it was initially only available with cloth seats, grained wood veneers instead of maple eye walnut, and steel wheels rather than alloys.

Powered by Crewe's iconic 6.75 litre V8 engine mated to three-speed automatic transmission, it was capable of 130mph and quickly became a conspicuous success among the Young Upwardly Mobile Professionals of the shoulder-padded Eighties. This popularity soon led to numerous upgrades (and a more hefty price tag) as luxuries such as ABS brakes, Bosch fuel injection, automatic ride height control, alloy wheels, leather trim, electric memory seats and more fancy woodwork were soon added to the specification. It went on to sell 1,736 examples worldwide before production ceased in 1992.

First registered in September 1990, this particular Eight benefits from most of the upgrades that were made to the model throughout its life and looks very smart indeed in dark blue with a cream hide interior piped in blue. In the current ownership for the last five years, it has covered less than 64,000 miles with an excellent service history comprising 15 stamps to date. We are told that it was also serviced once again shortly before the auction but the book was not stamped.

Said to drive superbly with an MOT until December 2016, it comes with all its original handbooks in the original leather wallet and looks outstanding value at the modest guide price suggested. All that quality, pedigree and craftsmanship for how much??

AMENDMENT - Note that the personal plate seen in the catalogue is not included.