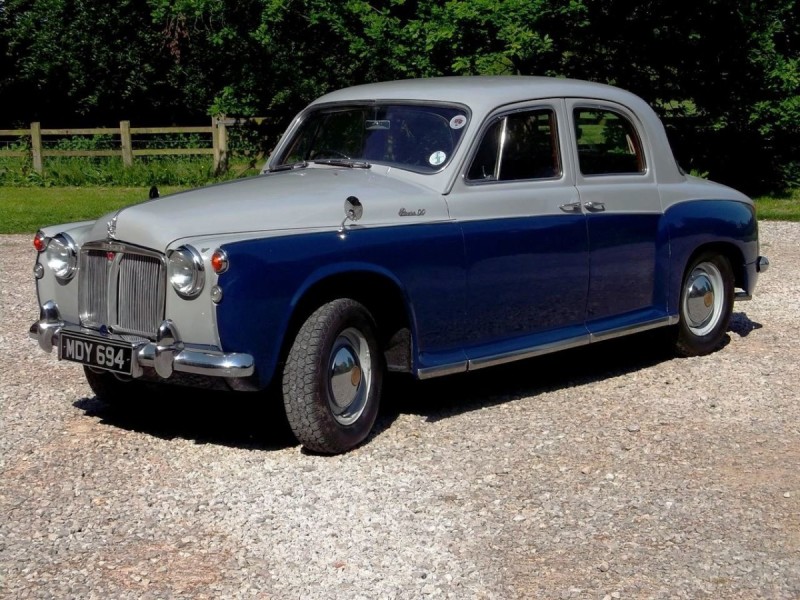 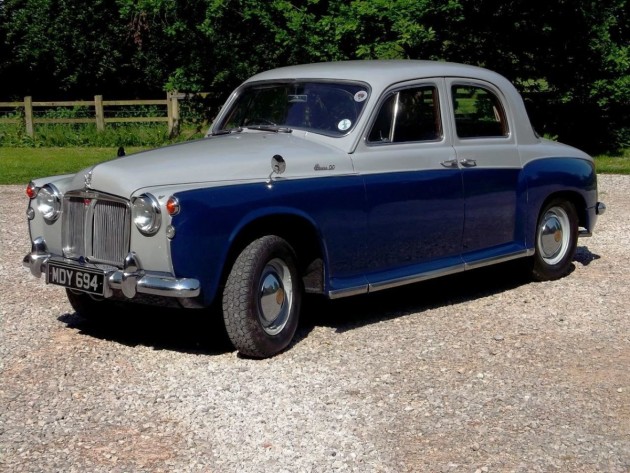 Incredibly strong, smooth and comfortable, the Rover P4 is one of the best-made cars ever to be mass produced on these shores.

In production from 1949 until 1964, it came in a bewildering number of versions but all were excellent cars, furnished to a very high standard with plenty of wood and leather that became enormously popular with the middle class motorist.

Introduced alongside the four-cylinder Rover 60 in 1953, the 90 model had a more-powerful 2.6-litre six-cylinder engine, producing a respectable 90bhp which drove through a four-speed manual gearbox with synchromesh on the top three gears. The doors, boot and bonnet were in aluminium with the rest of the body in steel. The cars had a separate chassis with independent suspension by coil springs at the front and a live axle with half-elliptic leaf springs at the rear. Brakes were fully hydraulic drums all round.

This fine specimen was owned for a long time by a Canon at York Minster. He kept the car until 1996, its new owner embarking on a comprehensive body restoration.

The work carried out included fitting replacement wings front and rear, new valences, spare wheel well, sills both sides and new jacking points. Once structurally sound, it was repainted and shortly after sold on to a new owner who drove it until around 2000, putting the car into dry storage until 2013 when it was recommissioned with a comprehensive brake overhaul and new tyres at a cost of around £1,000.

The vendor purchased the car in 2014 to use for his daughter’s wedding. Not satisfied with its condition, he commissioned a full professional respray in two-pack paint which cost £3,500. In addition, he fitted new door and boot seals, a quality carpet set and restored the leather seats at a cost of £450 (which included a replacement front seat squab). To finish the inside, new sound proofing was installed along with all internal bulbs.

On the outside, new headlight units, complete with bowls and seals were fitted as well as a replacement rear bumper,rechromed front quarter bumpers, mirrors, a new washer system and the engine was given a full service with points, plugs, coil, all oils and a new fuel pump.

The brakes were further checked and refreshed, the bill for this alone coming to £320 and the underside of the car was cleaned and carefully undersealed. The documents file lists numerous bills for parts and labour as well as some old MOTs and a current V5C.

After all this work, the drive to the church went off without a hitch and the car looked superb. Sadly, ill health has meant that this very smart P4 has spent the last year or so in the vendor’s de-humidified garage hence its inclusion in the sale today.