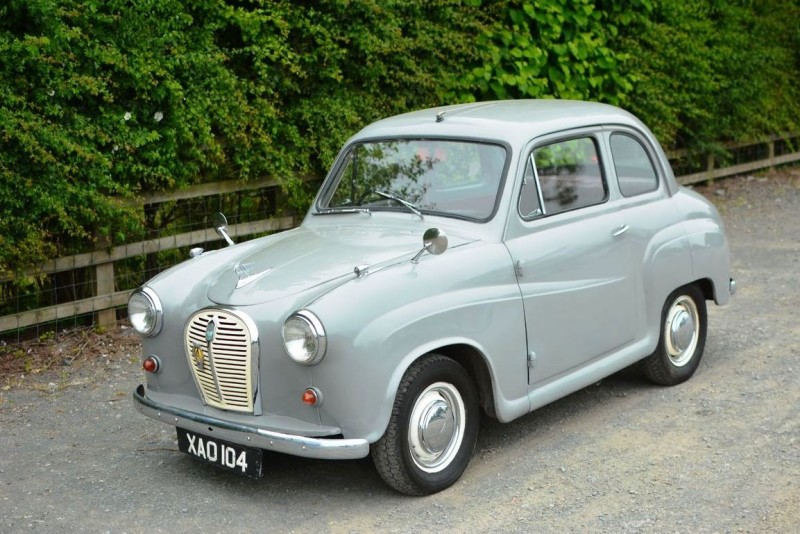 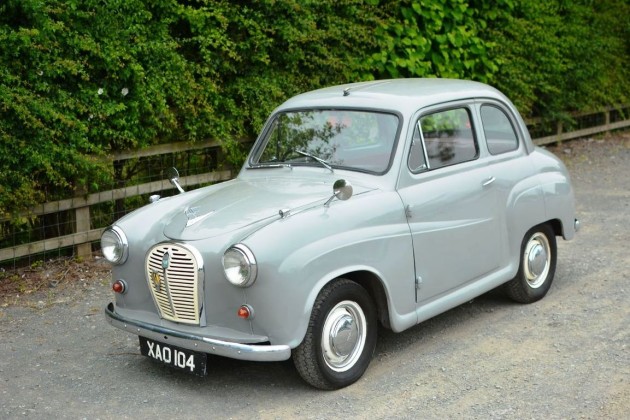 Best of all, it was the first car to use the everlasting ‘A-Series’ overhead-valve 803cc engine which produced some 28bhp, sufficient for a top speed of 70mph and 42mpg economy. The braking was a hybrid system, with fully hydraulic drum brakes up front and rod operated drums at the rear. Suspension was by way of independent coil springs at the front end and beam axle/semi-elliptic leaf springs at the back.

Initially only available as a four-door saloon, a two-door version was launched in 1953 and estate and van options became available the following year. The two-door cost £475 at launch, some £30 less than the four-door. The A30 remained in production until late 1956 when it was replaced by the A35, an almost identical model with the exception of a slightly larger 948cc engine producing 34bhp, a painted grille and a larger rear window.

In 1956 the A35 was announced, an updated version of the A30 with a larger rear window, painted grille and indicators replacing the old semaphore signals. Under the bonnet the 803cc engine was replaced by the 948cc A-Series mated to a new gearbox with remote change. It was enough to continue the strong sales until the arrival of the all new A40 in 1959. Autocar tests showed a top speed of 72mph, with 0-60mph taking 30 seconds. Fuel consumption was a modest 41.5 mpg.

Affectionately known as 'Nellie Dean II', this Dove Grey two-door A35 was first registered in January 1959 and has had a more powerful 1.3-litre engine and gearbox fitted at some point (possibly from a Marina) along with additional instruments. In need of attention here and there, mainly to the bodywork, it is being offered here as a restoration project at no reserve. It comes with an owner’s handbook and a workshop manual and the Cumberland-issued registration number is transferable.

A35's have become very popular competition cars of late, as anyone who has seen their recent giant-slaying performances in the St Mary’s Trophy race at the Goodwood Revival meeting will testify, humbling much larger machinery with their sheer agility in the hands of drivers like Martin Brundle, Matt Neal and Tony Jardine. There is even a one-make race series for them, offering a fixed-cost package with only modest upgrades allowed to the cars – what fun that would be!