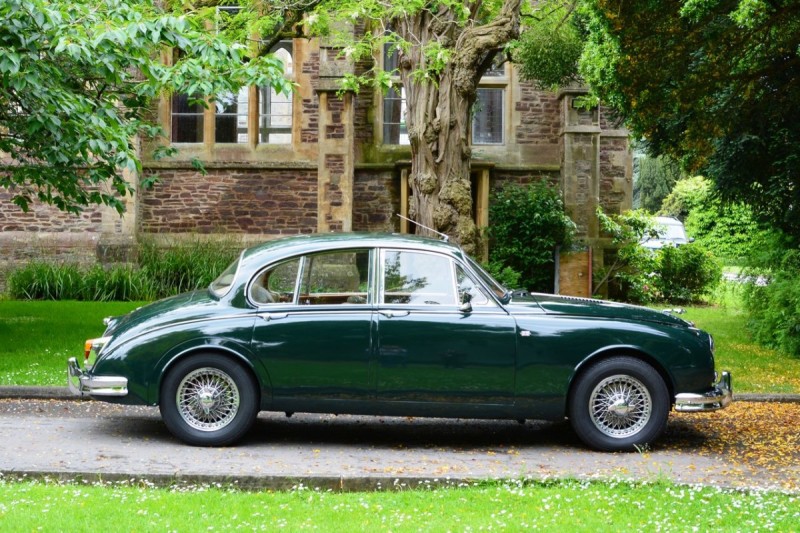 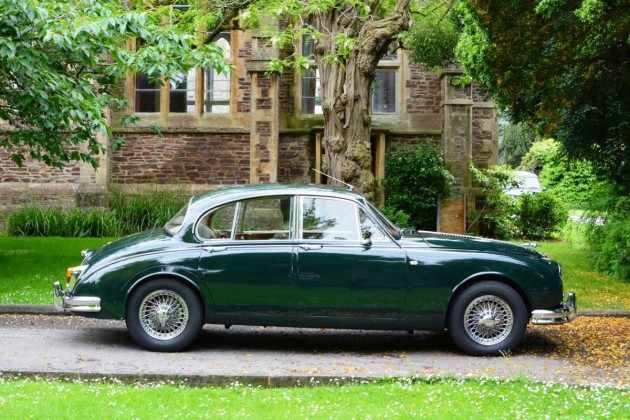 In 1959 Jaguar launched a new range of luxury compact saloons collectively known as the MkII. All were beautifully equipped in the finest Jaguar tradition with acres of walnut and leather inside and superb race-derived mechanicals that included all-round disc brakes and fine ride and handling characteristics for their era.

In the middle of the new range was the MkII 3.4-litre which featured the famous twin-cam 3,442cc XK engine, as used in the earlier C and D-Type models. The 3.4-litre was a particularly sweet running unit with excellent performance – at 210bhp it had only 10bhp less than the 3.8 and could still hit 120mph flat out.

Like its smaller and bigger engined stablemates, it was clothed in one of the most handsome saloon car bodies ever made. Production of the MkII 3.4 ended in 1967, although a cheaper version, the 340, continued to sell until 1969.

As the accompanying Heritage Certificate confirms, this 3.4 Manual Overdrive was supplied new via Somerset Motors to first owner Mrs H Gibson in February 1964. Originally Silver Blue with a dark blue leather interior, it was treated to a full restoration some years ago (as documented on undated photos on file) when the colour was changed to British Racing Green and the interior was retrimmed in cream hide with matching carpets.

The car has also been uprated at some point with Coombs spats, a louvred bonnet, S-Type front brakes with recent new discs all round, uprated suspension, ribbed cam covers and Magna-Spark electronic ignition. Equipped with the desirable option of power steering which transforms the driving experience around town, the car is said to drive superbly with an MOT until September 2016 with no advisories recorded.

It certainly started instantly and ran beautifully on the occasion of our visit, showing excellent oil pressure and temperature with a notably smooth and quiet engine. The car presents very well indeed with a very smart interior, gleaming chromework and a good set of five chrome wire wheels shod with a matching set of quality tyres, all with plenty of tread. Nine old MOTs show that it has only covered 3,500 miles since 2003.

Appearing to be virtually as good underneath as it is up top, this is a most impressive looking Jaguar that has been sensibly uprated to cope with modern road conditions. Supplied with a good history file back to 2001 to show regular upkeep, it is only reluctantly for sale due to a recent house move and consequent loss of storage. Guaranteed to draw lots of attention wherever it goes, it needs nothing more than a proud new owner behind the wheel.

Widely regarded as the finest sporting saloon ever produced on these shores, the MkII Jaguar is a blue-chip classic that will always be keenly sought after and this well-sorted cracker could yet prove a shrewd investment at the modest guide price suggested. We like it a lot!