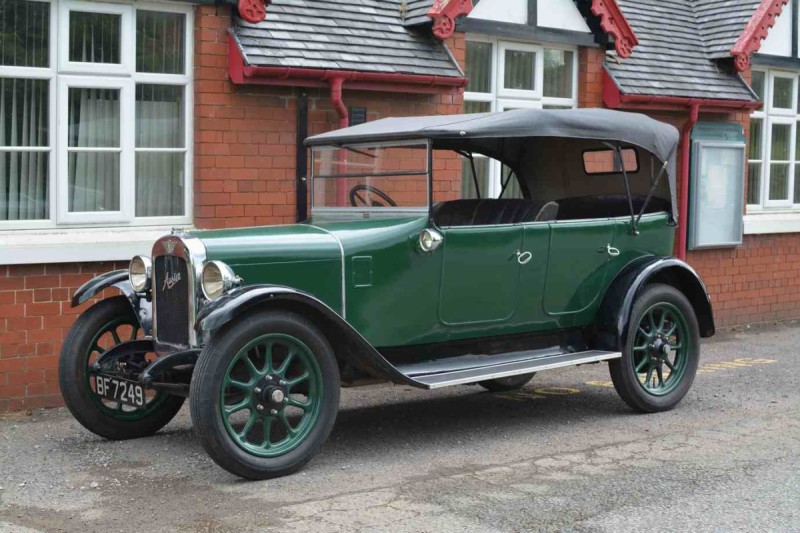 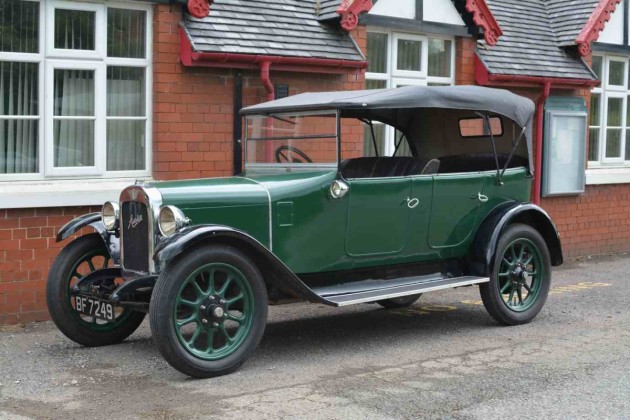 Launched in late 1921, the Austin 12 was dubbed 'The Salesman's Joy' due to the way it fairly flew out of the showroom, some 70,000 examples having been sold by 1927, its peak year of production.

In combination with the immortal 7, it secured Austin's long term future and remained on sale until 1935 although a taxi version was still available as late as 1939. During this time the 12/4 became a by-word for indestructibility thanks to its superb build quality and fundamentally sound design.

The engine was a five-bearing side-valve four, initially displacing 1,661cc for which the factory claimed 27bhp at just 2,000rpm. This was sufficient for 40-45mph cruising, at which speed the 12 returned around 26mpg. Enduringly popular and beautifully designed, the 12/4 remains a favourite with Austin enthusiasts to this day and helped the Company justify its marketing slogan ‘the dependable Austin’.

This delightful 1924 tourer was exported as a new car to the Northern Territories in Australia. Most cars in period were exported in chassis-form only, receiving local bodies in order to keep shipping costs and import duties to a minimum.

Unusually, this example was ordered from Austin complete with factory coachwork and was immediately pressed into service as an insurance representative’s car, travelling far and wide across the State – no doubt the Austin’s impressive reputation for quality and dependability helping its driver clinch a few deals along the way.

We have been advised that it has never been restored as such, although has clearly been well maintained, much loved and kept in good working order. A relatively early example, it has the attractive narrow track of the first few years of production, rear wheel brakes, lovely carriage door handles and original CAV lighting.

Its history can be traced prior to 1934, when motor engineer Harry Wass acquired the car as his everyday transport. He was to own the Austin for nearly 50 years, eventually selling it to a gentleman from Bunbury, Western Australia in 1982, the car subsequently falling into the hands of the South-West Veteran Car Club of Bunbury.

At some time in its life it has been fitted with later 21” well-base wheels, a common modification as the original beaded-edge tyres became hard to find, were extremely expensive and rather short-lived on the road. The original six-volt dynamo has also been replaced with a 12-volt Bosch item and the carburettor modified with a choke.

A temperature gauge, a particularly useful addition in the Australian climate, had also been added, although cleverly fitted so that it can be removed without a trace. The original bodywork has been repainted at some point in the past and is best described as presentable and the seats retrimmed, although the side panels remain in original, patinated condition.

A matching numbers car, it returned to the UK in 2014 since when it has been rewired and new rear lights added. The new loom incorporates wiring for indicators and an electric fuel pump, although neither of these items have been fitted, the car’s Autovac having functioned happily for the last 92 years or so and probably best left well alone.

Fully UK registered and imported with all duties paid, it is unusual to find an early Austin in such original condition complete with factory bodywork, a good hood and original fittings. Ready for immediate use, its new owner will be able to enjoy the quality and dependability of an Austin.