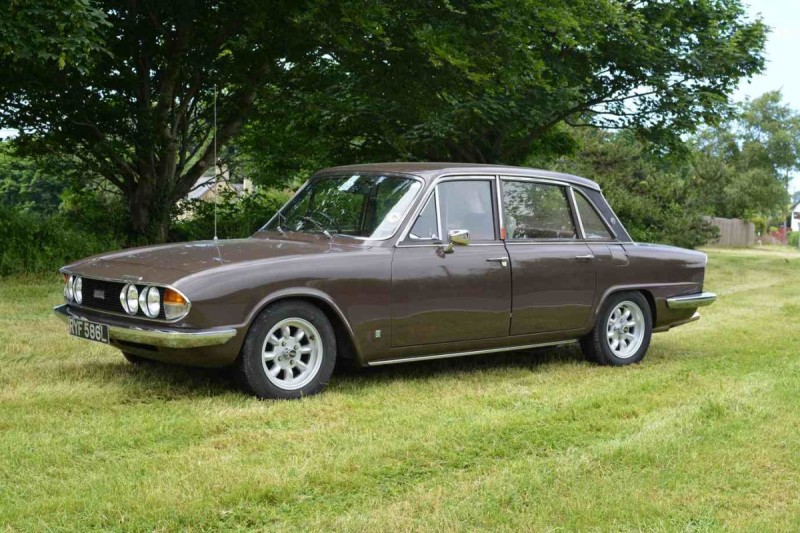 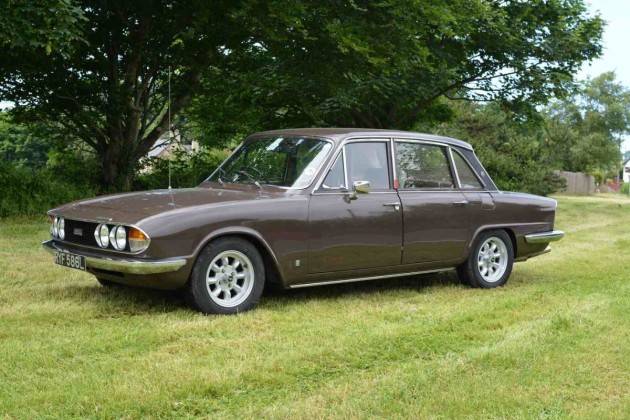 In 1969 Triumph updated its 2000 / 2.5 PI saloon range and introduced the facelifted Mk2 derivatives which remained in production until 1975.

These now featured the revised Michelotti front and rear panel changes which gave the car a graceful, modern look for the 1970s. New lamps were a key styling feature and the front of the car was virtually identical to the new Stag sports model. An estate version was also produced, bodied for Standard-Triumph by Carbodies of Coventry.

The interior of the 2.5 PI was particularly plush with a smart teak veneer dashboard housing more comprehensive instrumentation than lesser models. The 2.5-litre fuel-injected straight-six engine was a 132bhp version of that used in the highly rated Triumph TR6 and could whisk the saloon to 60mph in just 9.7 seconds on its way to a top speed of 111mph.

First registered in 1973, this 2.5 PI Mk2 Saloon with manual/overdrive gearbox is something of a ‘Q’ car, the only thing giving away its performance credentials from the outside being the non-standard Superlite alloy wheels and the ‘throaty’ exhaust note from its 6-3-1 manifold and big-bore system as it rumbles by.

The 2,498cc six-cylinder engine has been sensibly modified. The fuel injection has been carefully upgraded with calibrated Prestige high-pressure injectors and a TRG fuel pump. The lubrication has been improved with a spin-on filter, magnetic sump plug and a modified rocker shaft oil feed and the engine topped-off with an alloy rocker box cover. It also has a lightened flywheel, a Hi Torque starter and an electric fan.

In order to keep the show on the road, an anti-roll bar, upgraded suspension control arms and springs have been fitted. The suspension is part polybushed, quality Koni shock absorbers being added all round and the brake calipers fitted with FBS Green Stuff pads. On the inside, comfortable and supportive Corbeau front seats make the car ideal for long-distance tours.

The bodywork is described by the vendor as in really solid condition, the car carrying an MOT until March 2017. Ready for immediate entertainment, this classic ‘wolf in sheep’s clothing’ looks (and sounds) like a hoot to drive thanks to its clever suspension mods, wonderful engine note and powerful Alpine horns.