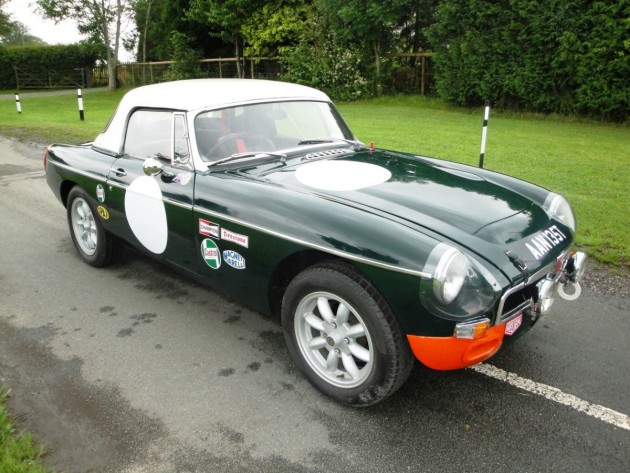 The immortal MGB is perhaps the most popular sports car ever made and brought the Swinging Sixties cool of two seaters within reach of the average driver for the first time.

But it wasn’t just its stylish elegance that made waves. The MGB two-seater monocoque design was torsionally stiff and somewhat ahead of its time. It was safe, fun to drive and comfortable at a time when many sports cars weren’t, while simple robust components made it practical, reliable and, importantly, profitable to build.

And it even made waves in motorsport, being the only single car ever to win its Class at the Le Mans 24 Hour race (1963) and the Monte Carlo Rally (1964), a pretty remarkable achievement for a car that your granny could drive. An MGB also won the world’s longest ever motor race, the 84 Hour Nurburgring Marathon de la Route (1966) because it just kept going while Ferraris, Porsches and other exotics gradually failed. It’s glamorous (James Bond used one), while at the same time classless and restrained.

Said to be “a quick car that handles very well and is ideal for club rallies” it is also fully road legal with an MOT until April 2017 with only a couple of minor advisories recorded. Being offered here at significantly less than it would cost to build such a car from scratch, it looks like a lot of fun and will no doubt provide plenty of adventures for its fortunate new owner. So if you have ever fancied doing a spot of classic rallying, now’s your chance!