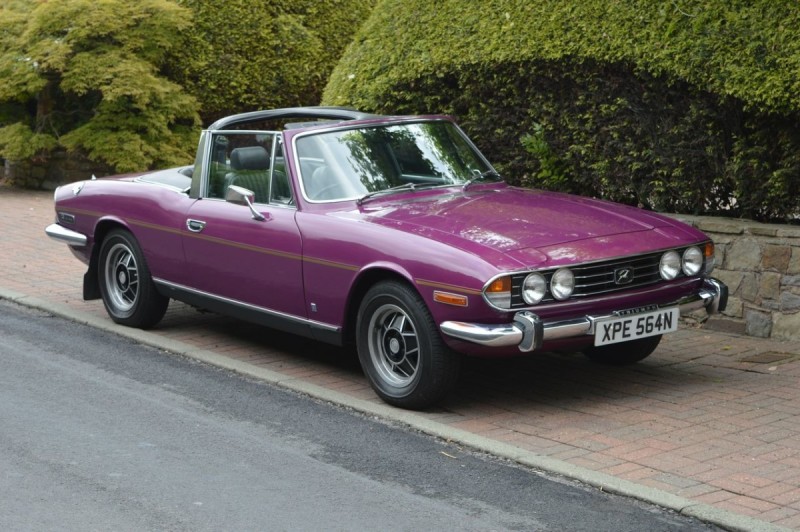 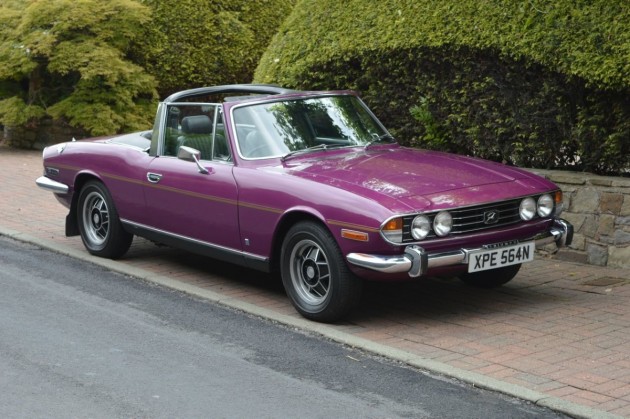 Recently voted Britain’s favourite classic car, the Michelotti-styled Triumph Stag was designed to be a gentleman's sports tourer to compete head-on with rivals like the Mercedes SL.

The engine Triumph chose for the Stag was a V8, formed in theory by placing two slant four motors together. Specified with overhead camshafts in aluminium cylinder heads on top of an iron block, the motor promised and delivered nice woofly dollops of power. Fed ultimately by twin Stromberg carburettors after experiments with fuel injection ran out of steam, the Stag V8 had enormous tuning potential but as standard gave a healthy 145bhp.

It wasn’t all good though, and the Stag suffered reliability problems with its V8 engine which cursed the car almost from the word go. The timing chains stretched and there were overheating problems which led to many Stags gaining alien engines in their capacious bays. Ford V6 Essex and Rover V8 powerplants were common conversions plus a few less desirable options including a Perkins diesel!

This very smart ‘70s purple example has had just two owners from new. It was delivered new through Tourist Trophy Garage in Farnham in September 1974, a letter on file showing that the owner experienced considerable trouble with it early on. He eventually gave up with the Triumph engine and had a Ford V6 conversion installed by Specialised Engines which retained its original manual gearbox with overdrive.

In this form it gave excellent service, providing transport on family holidays towing either a trailer or a caravan. The power and torque outputs of the standard Essex V6 were very similar in nature to the V8 Triumph, the owner in this case opting for the Stage 2 installation which took the standard 138bhp Ford engine and added big valve heads and carefully matched inlet and exhaust ports.

The original Passport to Service book lists eight stamps, the last in 1977 by which time the car had covered 50,031 miles. No fewer than 27 old MOTs confirm that the current indicated mileage of 97,000 is genuine and its original handbook and a mass of bills dating back to when it was new are on file.

The vendor bought the car at the end of 2012, having been tempted into reliving his youth having owned a series of Stags in the early ‘80s. He chose this one because of its originality and single ownership, finding the replacement engine very much to his liking.

He has undertaken a few minor tasks to keep the car up to scratch, including fitting a replacement clock, a reconditioned radiator at a cost of £252, new front carpets and sending the distributor away to the Distributor Doctor for reconditioning which cost a further £360. Monkmoor Motors in Hereford have regularly serviced the car, including fitting polybushes to the suspension and it will carry a fresh MOT by the time of the sale.

As far as we can tell its paintwork is original and it has been fitted with a stainless exhaust and handy tow bar. We were surprised that the exhaust note of the V6 is little different to the lovely note of the original V8, making this smart, two owner car look even better value at the suggested guide price.