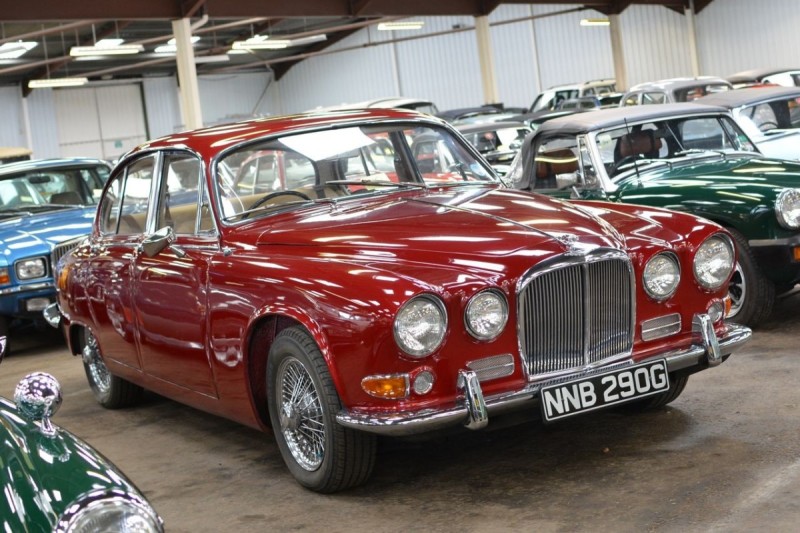 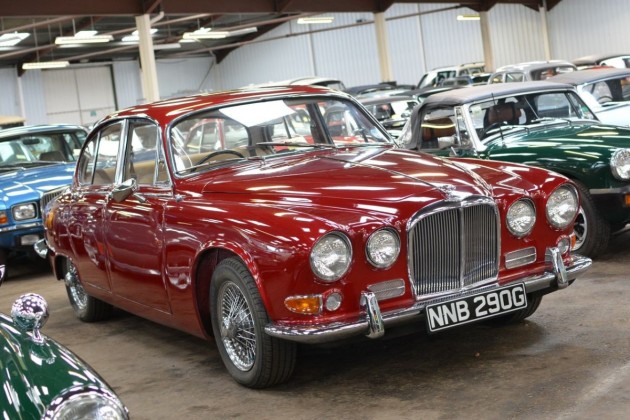 To those in the know, the 420 is perhaps the ultimate classic Jaguar saloon. Bigger and more luxurious than the MkII that it replaced, it also had far superior ride and handling thanks to the independent rear suspension borrowed from the E-Type.

The fabulous front end styling was like a scaled down MkX and the 4.2-litre engine was virtually to E-Type spec, producing 245bhp and 283lb/ft of torque. The magic 100mph was comfortably achieved and further refinements included notably quick steering, dual circuit brakes, alternator electrics and a limited-slip differential.

Priced at £2,064 including tax, it was less than half the price of a Bristol 410 Saloon and less than one-third of the price of a contemporary T-Series Bentley and yet was easily the equal of both these cars. Only in production from 1966 to 1968, just 10,236 were produced so it is also comparatively rare. All the more remarkable then, that it is so humbly valued today.

This superb example was sold new to South Africa, remaining there until 2014 when it returned to the UK. There is sadly little history of its time in the sunshine, except for its South African registration documents and the fact that the vendor was informed that it was a one-owner car when he bought it.

It has clearly been comprehensively restored, a process that has made the most of its lovely rust-free bodywork (not a sentence often associated with a Jaguar of the period). The interior is excellent too, the car having been fitted with an air conditioning system, which according to the vendor freezes the occupants very effectively. The engine fired immediately when we visited to catalogue the car, the vendor reporting that it drives as well as it looks and has an MOT until November 2016.

It was purchased in 2014 through the Winterslow Carriage Company by the vendor’s son as a gift for his father. He had owned a 420G in period and his kind son thought he should relive the experience. Now well into his 80s, his health isn’t quite what it was and the decision has been made to let the Jaguar go.

Specified exactly as one would like, with wire wheels, manual gearbox with overdrive and even effective air conditioning, this fine example only needs a new owner with fewer miles on the clock to fully enjoy the grace, space and pace that this prime example has on offer.