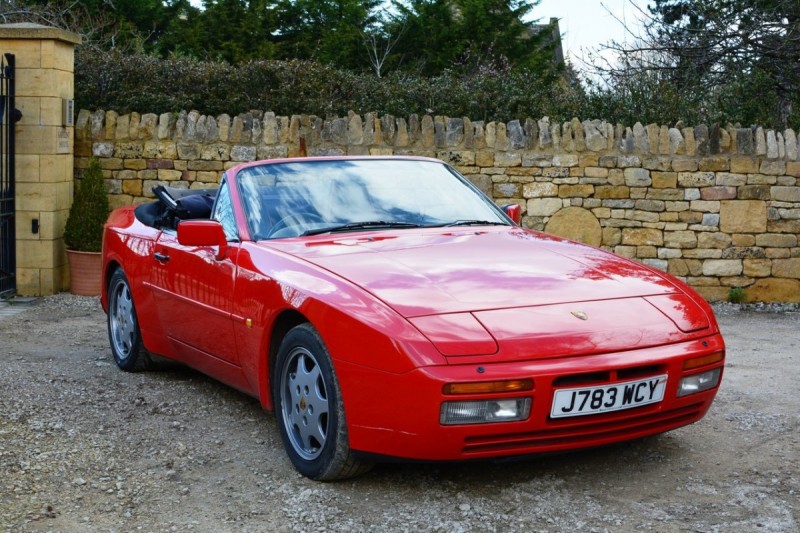 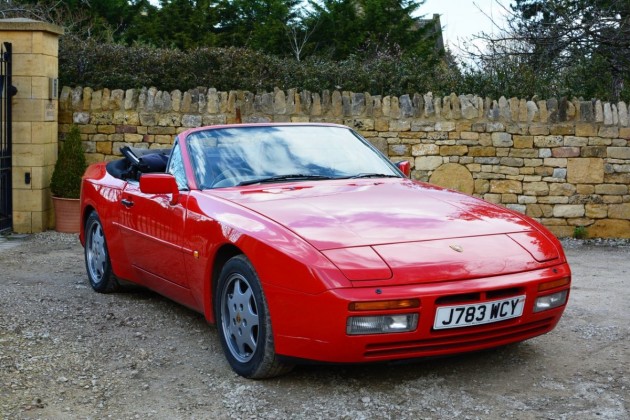 Over the next few years three more engine options were offered, a 220bhp Turbo, a 250bhp Turbo S and a normally aspirated 211bhp 3-litre. This last engine is considered by many to be the best of the bunch, offering the reliability and fuel economy of the smaller-engined model with nearly as much power as the Turbo, but with much more low down torque. All three of the high performance models had improved brakes, suspension and aerodynamics that made them sensational driver's cars with fabulous performance, balance and handling – superior to a 911 in many respects.

First registered in December 1991, this 3-litre S2 is the relatively rare and desirable cabriolet model from the last year of 944 production before it was replaced by the 968. In the current ownership since 2007, the vendor acquired the car from a lady who had owned it for 10 years and it has covered only 12,000 miles in his nine-year ownership, being mainly kept in storage as part of his collection.

Many of the miles were clocked up by a friend of the vendor who borrowed the car for a trip to Southern Spain in 2009 which it completed without drama, the Porsche being temporarily put into his name on the V5C before reverting to the vendor in 2014.

It comes with a fair amount of service history and 16 old MOTs to verify the 99,000 miles that is currently on the clock (relatively low mileage for these most useable sports cars – they have normally gone to the moon and back and can take such mileages in their stride). This includes 10 stamps in the service book up to 68,712 miles in August 1997. After this the vendor had the car maintained locally but the book was not stamped.

Shortly after the vendor acquired the car he had it professionally resprayed in the original Guards Red due to fading of the paint. He also fitted black leather high back sports seats, although the original cloth seats are also included should the buyer wish to collect them from the Broadway area.

Said to be in good condition for its age and to drive well, it is due to have a fresh MOT in time for the sale and looks excellent value at the guide price suggested today. Your cataloguer has owned two 944s, a Turbo and an S2, as well as a 911SC, and can promise you that the 944 S2 is, in his opinion, the best one of the lot.