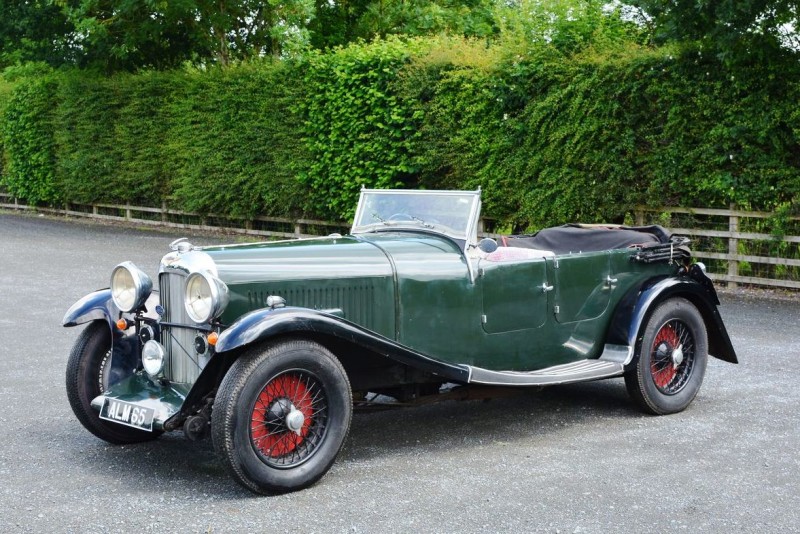 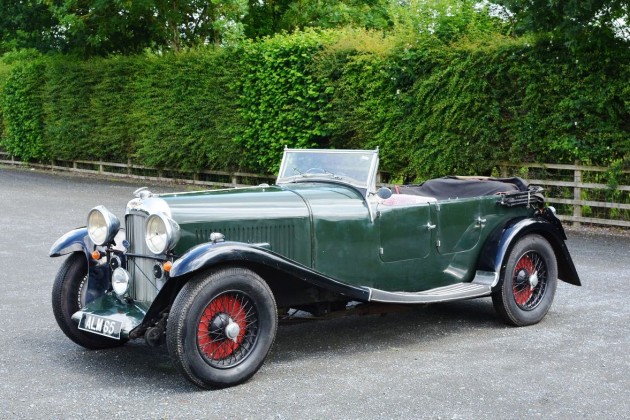 One of the most revered names in automotive history, Lagonda was founded by the American Wilbur Gunn in Staines, Middlesex, in 1906. To begin with production was focused on the manufacture of light cars, but by 1925 Lagonda had launched the first of an outstanding range of sports models, the 14/60.

The car was designed by Arthur Davidson who had come from Lea-Francis and featured a 60hp twin-cam 1,954cc 4-cylinder engine with hemispherical combustion chambers that gave it a top speed of 60mph. Built around a sturdy ladder frame chassis with semi-elliptic leaf-sprung suspension, it also had a Rubery four-wheel braking system of prodigious efficiency and was superbly finished throughout.

In 1927 the 14/60 was considerably improved and relaunched as the 2-Litre Speed Model. Lighter all round, it also featured a tuned engine with revised valve timing and higher compression which endowed the car with a top speed of 70mph. In 1932 this was in turn replaced by the 16/80 Special Six, based on the same chassis but now with a six-cylinder engine made by Crossley.

Although the Crossley engines were supplied as complete units, to meet Lagonda's high standards they were stripped, examined and weighed before being re-assembled and bench run prior to fitment to the chassis. The Lagonda engineers extracted more power from these engines as well as improving the cooling and breathing qualities and issued each unit with a nine year guarantee.

Available with saloon or touring bodies, the 16/80 could be ordered with conventional four-speed manual or ENV pre-selector gearbox enabling swift and easy changes. Autocar loved Lagonda's new medium-size model (which took its name from its 16hp RAC rating and 80mph top speed), remarking on its silence, smoothness, brisk acceleration and effortless high-speed cruising. Approximately 260 were made, around half of which are believed to survive.

First registered in London in July 1933, this 16/80 Special Six has had just one registered keeper since 1970, a Mr Leon Pinnick of Sheridan Tools Ltd, Birmingham, as an old VE60 green log book and a more recent V5 confirm. Correspondence on file indicates that it was previously owned by a Mr EE Harris of Englefield Green, Surrey, who treated the car to an extensive overhaul between 1965 and 1969, much of the work being carried out by Lagonda Club spares registrar and technical adviser, Capt Ivan Forshaw of Parkstone, Dorset.

The restoration is amply detailed in numerous letters on file although these can get quite confusing as Harris not only owned ‘Alma’ as the 16/80 was called, but also another Lagonda called ‘Maggie’ which Forshaw was also restoring for him at the same time and it is not always clear which letters relate to which car.

At all events, Harris was obviously a very pernickety customer and everything had to be done to the highest standard, an attitude which Forshaw clearly approved of although it did entail a lot of hard work and some very long hours, Forshaw writing in one of his progress reports that “it was 8.30 in the morning before I struggled home and unless I mend my ways I fear I shall shortly be clutching a sheaf of divorce papers!” (a predicament no doubt familiar to many a restorer today…).

Clearly all the hard work paid off and Maggie, which was finally finished in August 1965, went on to win the concours award at the Lagonda Club AGM the following month, Forshaw modestly calling it “a reward for all the time and effort you [Harris] have given to the car” and saying “I hope it may prove to be the first of many wins – we always have Alma up our sleeve, of course, to spring another surprise!”. Sure enough, as plaques on the dashboard reveal, Alma did indeed go on to win a concours award in July 1966.

After Pinnick acquired Alma from Harris in 1970, he continued to have work carried out by Ivan Forshaw but the car was barely driven, various old MOTs showing that between 1974 and 1998 it covered only 128 miles. It was then laid up in storage until 2002 when the vendor acquired it to join his large private collection.

He has never put the car into his name and it has remained in storage these past 14 years, although it has been started and moved occasionally to keep everything free. Only reluctantly for sale due to imminent loss of storage, it is presented here in running order but will doubtless need extensive recommissioning before it can be safely put back into use. The hood, tonneau, sidescreens and spare wheel are also present although there is no battery fitted (we have had the car running and driving since arrival at Brightwells with a slave battery).

With just two registered keepers in the last 50 years, it comes with the aforementioned maintenance records, registration documents and old MOTs plus some technical literature relating to the model, many Lagonda Club newsletters and magazines, an original owner’s instruction book and an old road test book entitled ‘Lagonda in The Thirties’. One of the most desirable Tourers of the pre-war era, this rare 16/80 Special Six should amply reward the remedial works now required at the sensible guide price suggested.