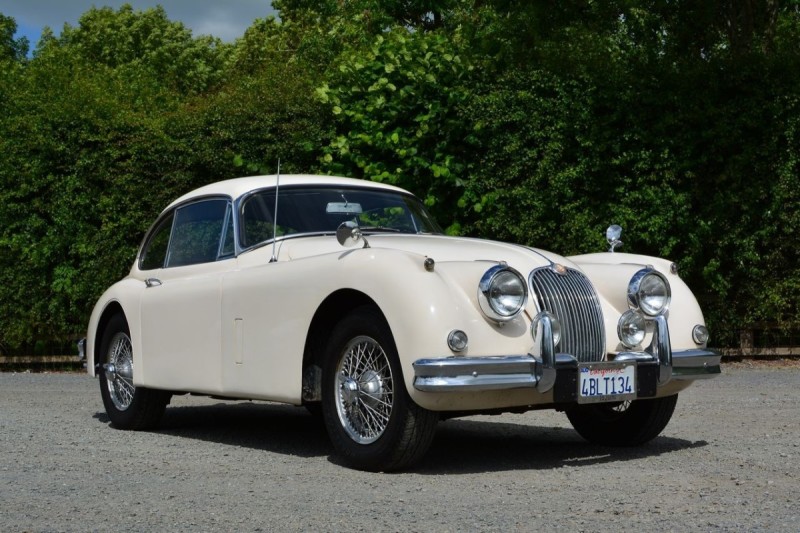 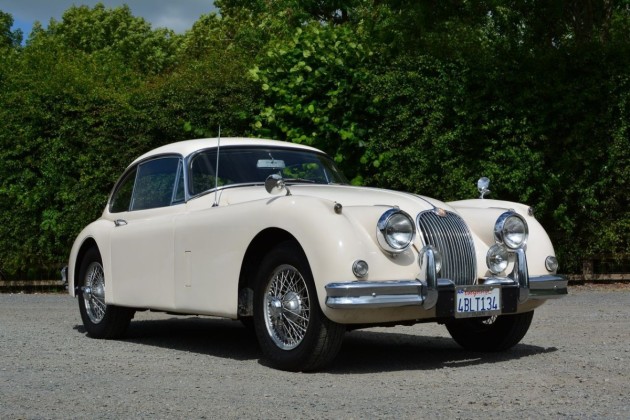 "The Jaguar XK150 is undeniably one of the world's fastest and safest cars. It is quiet and exceptionally refined mechanically, docile and comfortable... we do not know of any more outstanding example of value for money" - Autocar.

It is hard to imagine the impact that Jaguar’s XK range had when it was launched way back in 1948. At a time of bleak postwar austerity when the average family saloon could barely crack 60mph and might take a week to get there, here was an outrageously sexy sportscar with a twin-cam race-bred engine that could smash past 60 in just a few seconds on its way to a top speed of 120mph. The fact that this epic machine emerged from the shattered ruins of Coventry only made it all the more heroic.

Outstanding motorcars by any standards, the three XK models from the William Lyons stable remained in production for 13 years and simply got better as time went on. Last of the line was the sensational XK150 of 1957, safer, faster and roomier than the XK140 it replaced.

Available in roadster, drophead and fixed-head coupe form, it was powered by the superb 3.4-litre XK engine from the 140 but now with 190bhp and more torque thanks to a revised cylinder head design. This was sufficient to propel the car to 60mph in 8.3 seconds on its way to a top speed of 125mph. It also shared the same independent torsion bar front suspension, live leaf-sprung rear axle and rack-and-pinion steering, but had vastly improved stopping power thanks to the all-round Dunlop disc brake technology that Jaguar had pioneered at Le Mans.

In the Spring of 1958 a high-performance ‘S’ version of the 150 was launched, now with triple SU carbs, a straight port head and numerous other tweaks that boosted power to a claimed 250bhp. When tested by Motor magazine, a 3.4S could reach 60mph in 7.8 seconds with a top speed of 132mph.

This particular XK150 SE 3.8 was built in April 1960 and dispatched to Jaguar Cars, New York, early the following month. Old English White with a black interior and automatic transmission, it then reputedly had just three California owners before returning to these shores earlier this year. The c.77,000 miles displayed is said to be the genuine distance covered from new although there is insufficient documentary evidence to warrant this.

A matching numbers machine in highly original condition throughout (apart from one respray in the early 2000's in the original Old English White), it has just been treated to a full mechanical check-over by classic Jaguar specialists JDR Engineering of Wokingham (Tel: 01189 782980) at a cost of some £4,000 to prepare it for sale.

This included lifting the cylinder head, new stem seals, replacing all top end gaskets and seals, overhauling brakes, checking suspension and underside, replacing hinge pins and wheel spinners plus much else besides. It is now said to drive extremely well with no known faults. All import duties have been paid and a V5C has been applied for which should be here in time for the auction. A Heritage Certificate has also been applied for and it is due to have a fresh MOT in time for the sale.

It comes with a large quantity of technical literature relating to the model (original XK150 owner’s handbook, service manuals, parts catalogues, reference books etc) plus a useful quantity of spares including a complete bellhousing for a 5-speed manual gearbox, all itemised in documents in the history file.

The vendor had originally planned to convert the car to right-hand drive and fit a 5-speed all synchro gearbox, but on reflection decided this should be the choice of the next owner who may well prefer to retain the existing original Borg Warner gearbox. Should the next owner require conversion to RHD, JDR Engineering would be happy to carry this out for c.£2,500. They would also be willing to fit a T5 manual 5-speed 'box for c.£5,000 if desired.

Rare, fast, beautiful, low mileage, few owners, matching numbers – this car ticks all the right boxes and looks excellent value at the sensible guide price suggested. Perfect for classic rallies and eminently useable as is, it could brought to show standard with relatively little work.