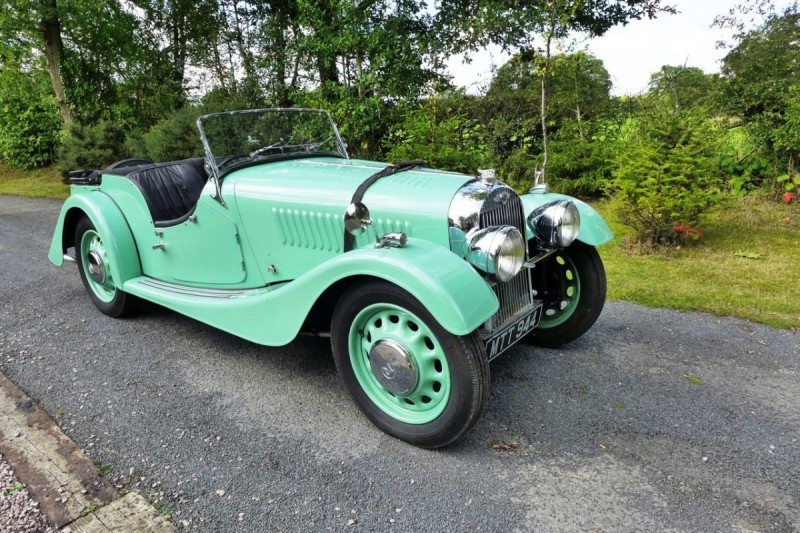 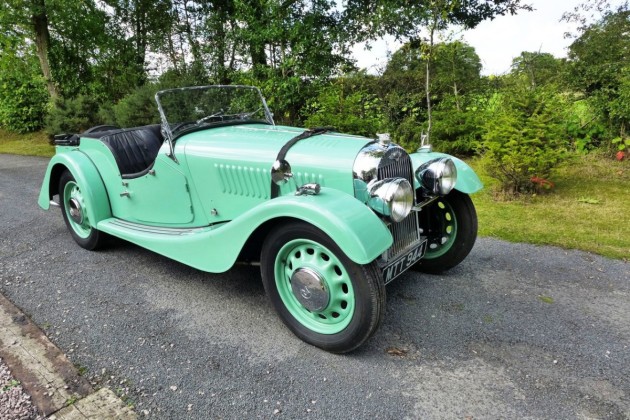 By the mid 1930s Harry Morgan realised that something radical needed to be done. The existing range of 3-wheelers were becoming increasingly out-dated and had lost their sporting edge – the F-Type not having the out and out guts of the earlier lusty twin-cylinder cars.

The market for cheap family transport was by now well serviced by Austin, Morris and Ford which had rendered the concept of a family 3-wheeler somewhat redundant. The F-Type's more sophisticated Z-section steel frame was used as the basis for a new 4-wheeled sports car, which was launched in 1936 as the 4-4, the name simply referring to the number of wheels and cylinders (and changing to 4/4 when the S2 version arrived in 1955).

Initially fitted with a relatively long-stroke Coventry Climax 1,122cc ioe engine developing 34bhp, by 1939 it had been swapped for the 1,267cc Standard Special engine, its 39bhp providing significantly better performance than the Climax unit. Both were mated to a reverse gate Moss gearbox. Post-war production restarted as soon as the firm could manage, although the 1946 range was very much as it had been before hostilities had started.

This example was one of just 249 4-4 Series 1s produced between 1946 – 1950. According to factory records, only two more 4-4s were to leave the factory before production focused on the newly introduced and more powerful two-litre Standard engined Plus-4.

Dispatched from the Pickersleigh Road factory on 4th December 1950, heading for Morgan Agents J E Green & Co of Newton Abbot, records show that it managed just 25 miles before the ‘gearbox broke up’, the car returning immediately to the factory. The Moss box (originally number 201) was replaced with a new one (105), the car then being delivered to its first customer, Dr Cromie (BMA Cert) shortly after. It was originally painted black and the engine number was Q699E.

Not much is known of the subsequent history of the car but it went to Canada at some point from where it has returned about two years ago. A tax disc on the car suggests that it was still in the UK as late as 1974. Clearly well-restored at some point in the not-too-distant past, it appears to be in good condition throughout and is said to run and drive well.

It comes with a full set of weather gear comprising hood, sidescreens and tonneau cover. All import duties have been paid and the car has a NOVA reference but has not yet been UK registered. Being pre-1960 it is, of course, MOT exempt.