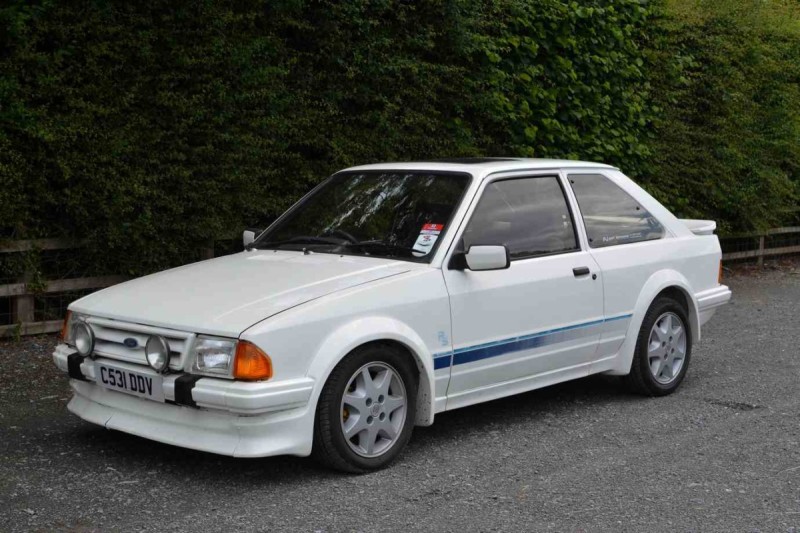 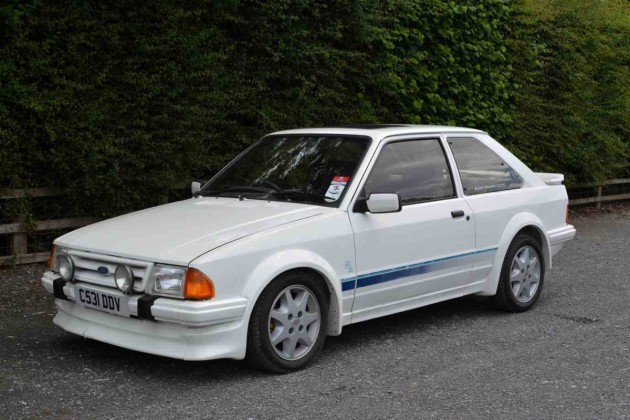 Ford announced its all-new Escort MkIII in 1980, the new car being the first Escort to feature front-wheel-drive and a transverse-mounted engine.

A 'hot-hatch' version, the XR3, was available from the start and was followed by a much hotter limited edition version in 1983, the RS1600i. This only lasted in production for one season, being replaced by the new Escort RS Turbo in 1984. Introduced to homologate the Escort for the Royal Mail Datapost entry into the Touring Car Championship, the RS Turbo was limited to a production run of 5,000.

Its specification included RS1600i alloy wheels, a limited-slip differential (believed the first time one of these was fitted to a front-wheel-drive production car), Recaro seats and on the Custom model, a glass sunroof. The RS Turbo used a combination of a tuned 1.6-litre engine with a Garrett turbo bolted on. This package worked very well and produced a healthy 132bhp, making it one of fastest Escorts, sprinting to 60 in 8 seconds on its way to a maximum of 125mph.

In 1986 the Escort range got yet another facelift, the MkIV RS Turbo remaining at the top of the Escort range, selling successfully until 1990 when the MkV arrived. The RS Escort was dropped from the range for a short time, making a welcome reappearance when the immortal RS Cosworth hit the main-stage in 1992.

The file on this 1985 Series 1 RS Turbo shows that it visited the rolling-road at Interpro in 2000, proving its metal with 139bhp at 6,030rpm registering on the dyno. Two years later the car was the subject of an insurance claim when it was accident damaged in Dec 2002, subsequently showing as a Category C on the insurance register.

The car received a comprehensive body restoration in 2005 which included sills, rear wheel arches, new floor pans and both front and rear bumpers and in 2008 got a top-end overhaul from Escort Services in Bristol who were paid £825 for fitting a genuine Ford replacement camshaft, new head gasket, head bolts and general service items, the car having covered a mere 1,200 miles since then.

Its MOT history dates back to 1992 when it had covered 53,214 miles, the document file containing 17 old MOTs, its current ticket which expires in May 2017 and the original Ford handbooks. This impressive fast Ford now shows an indicated 87,300 miles on the clock and with the way prices of these iconic ‘80s hot hatches have been going of late, looks particularly tempting at the suggested guide price.