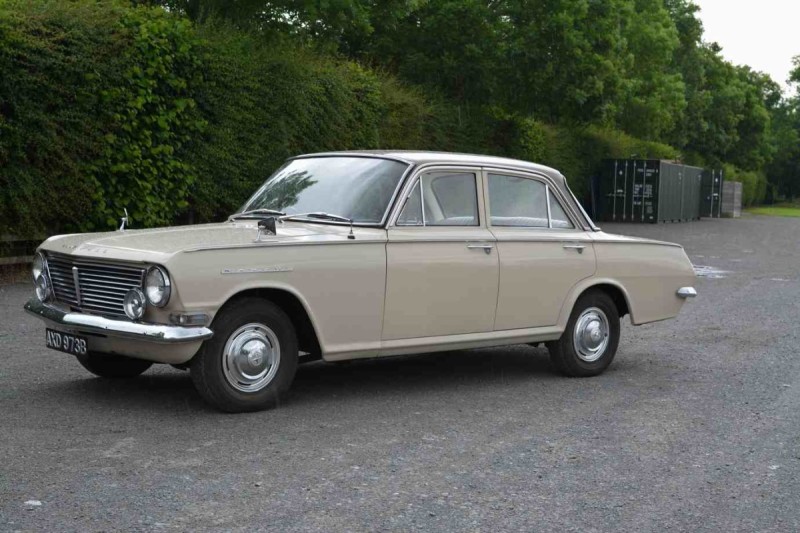 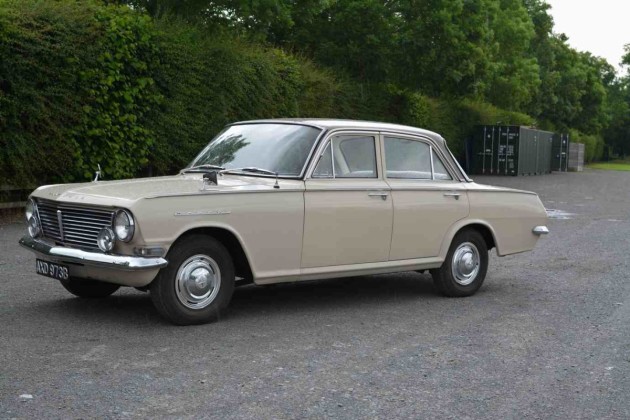 The original Vauxhall Cresta made its debut in 1954 and was simply a six-cylinder version of the popular Velox, the company having ditched its small car range after the war in a bid to move upmarket.

Its replacement arrived in 1957, shocking the conservative British car buyer with its big fins and wrap-around screen, styling cues inherited from its American cousins. Internally coded the Cresta PA, it proved a little too outlandish to win universal approval, its replacement, the aptly named Cresta PB arriving in 1962 with much more restrained lines.

Shortly after this PB was produced in 1964, Vauxhall introduced the bored-out 3.3-litre engine, which added an additional 20bhp to the 95bhp 2,661cc unit fitted to this car. The ‘squared-off’ PC arrived in 1965, a design which was to last until 1972 when it, and its luxury variant the Viscount, were both replaced by the ‘coke-bottle’ Ventora.

Quality cars through and through, they were extremely smooth and flexible to drive although they had a propensity to rust like few others, remaining examples in any form being few and far between – amazingly there are only five Cresta PBs still UK registered according to DVLA figures, compared to 39 Cresta PAs.

First registered in May 1964, this fine PB has come to market due to a defaulting restoration company where it is rumoured to have been the subject of over £9,000 worth of work. Sadly, due to the nature of the sale, no paperwork is available to substantiate what work has been carried out and at what cost so interested parties will need to inspect the car and form their own conclusions. The odometer registers 96,800 miles which could well be correct, although sadly there is insufficient paperwork to confirm if this is genuine or not.

What we do know is that it looks very smart with its two-tone paint combination, starts easily and has plenty of go. It was last taxed for the road in early 2015 which is presumably when it was last in use. Being one of only five remaining, you are unlikely to see another for sale any time soon, especially in as good condition as this, so if you have ever lusted after one of these classic Fifties cruisers, now is your chance!