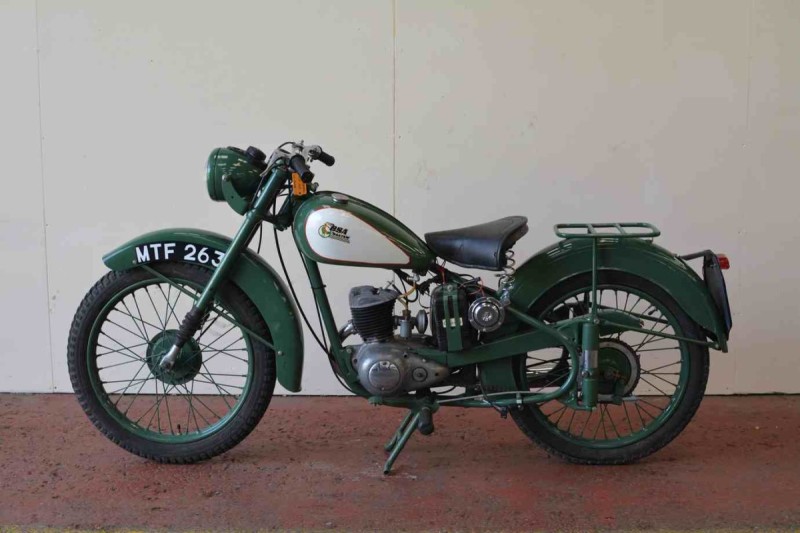 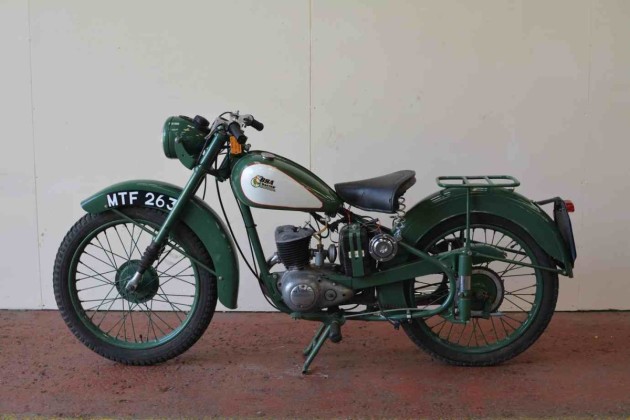 The original design of the BSA Bantam came from a German design, the DKW RT125, that was received as part of war reparations. This fact was kept pretty quiet until long after the demise of BSA and for many years the Bantam was thought by many to be a 'truly British' lightweight motorcycle.

The original Bantam, the D1, was released in October 1948 and continued in production for several years. It had telescopic forks, a rigid rear end, direct electrics, shovel front-mudguard and fishtail silencer, was available only in Mist Green and sold for £60 plus tax.

Although the frame changed out of all recognition (beginning with conversion to plunger and then swinging fork rear suspension), the engine remained a recognizable development of the original for the entire 23-year production run.

First registered in Clitheroe in January 1951, this nicely restored D1 retains its original buff logbook on file. Reputed to have run recently, we understand that it was last taxed in 1968, although its registration number is no longer recognised on the DVLA computer. It is offered at no reserve so the highest bidder owns this lovely little bike.