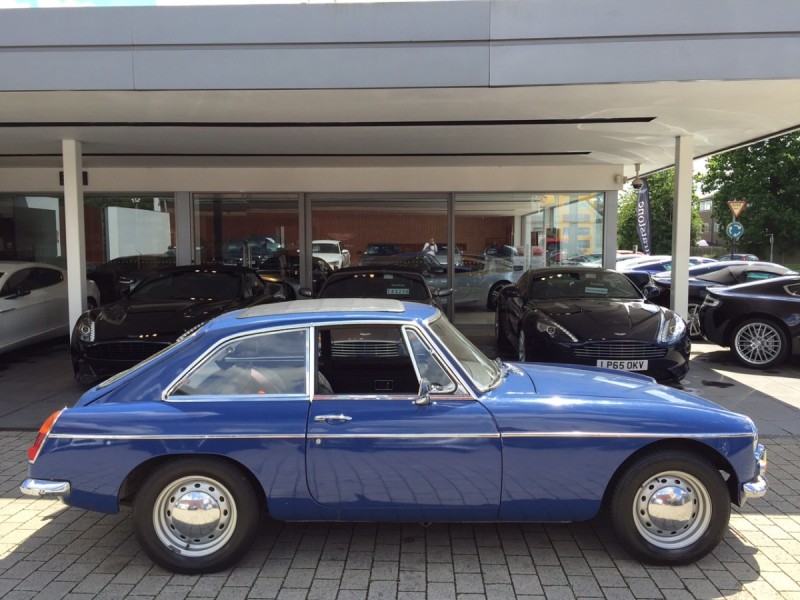 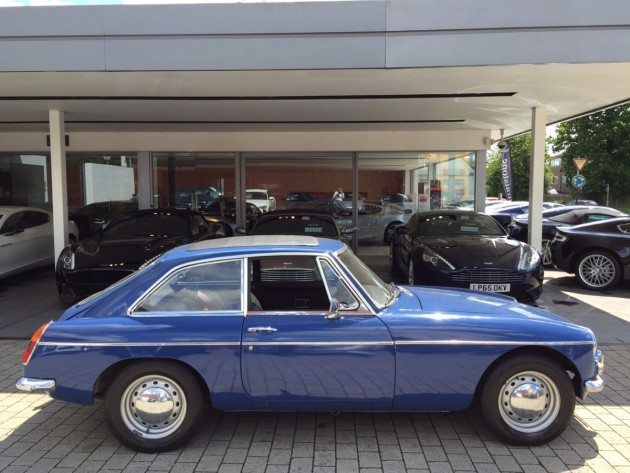 The stylish Pininfarina designed GT coupe version of the MGB Roadster was launched in 1965, a taller windscreen and new roof line doing nothing to harm the good looks of the open version.

It remained in production until 1980 by which time over 523,000 MGBs of all types had been produced, making it the most successful sports car ever, eclipsed only recently by the Mazda MX5. Offered in four basic versions over its lifetime, the Mk II was announced in 1967 which added welcome synchromesh to first gear, the MkIII arriving in 1972 with a significantly revised facia, before the last of the line rubber bumper models left the line in late 1974, although interestingly these were never referred to as Mk IVs.

One of three GTs in the sale today, this 1968 MkII is the earliest on offer and was delivered from the factory as a non-overdrive model with standard steel wheels and leather upholstery. At some time it has been fitted with a Webasto sunroof, the history file including details of a comprehensive restoration which took place sometime prior to 2008 when its current keeper took ownership.

The car has covered just 500 miles since then, although has been regularly MOTd, its current ticket expiring in June 2017 with no advisories recorded. In very presentable condition, it retains its characteristic sprung steering wheel and shows 94,000 miles on the clock although there is insufficient paperwork to confirm this figure. It looks particularly eye-catching in rare Mineral Blue paintwork.

MGBs have become ever more popular recently, especially so the earlier examples with their period fittings and features such as the unusual steel rims and hub caps seen on this example.