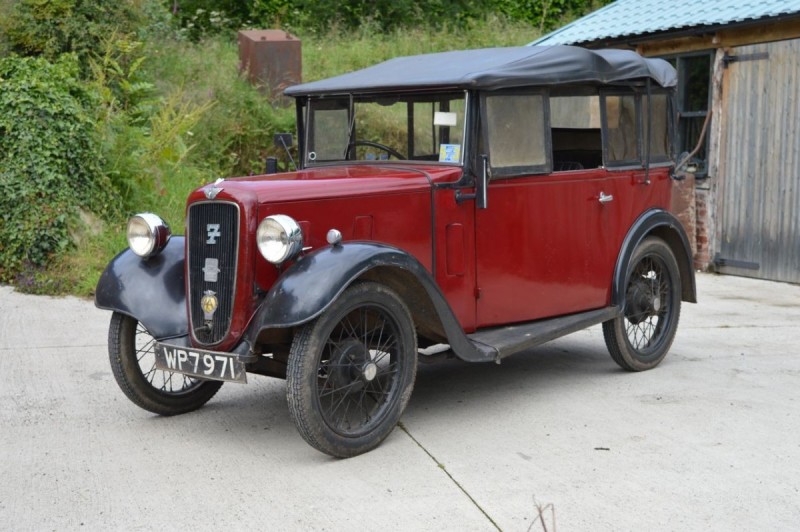 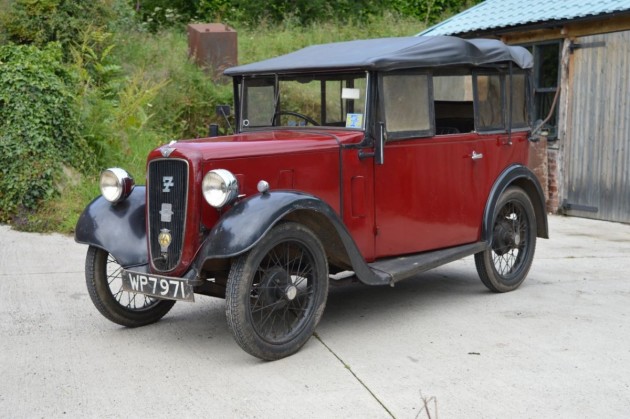 Launched in 1922 and remaining in production until 1939, the Austin 7 was an overnight sensation. Far superior in every way and cheaper than any contemporary rival, the "big car in miniature" quickly wiped out the cyclecar industry and transformed the fortunes of Austin.

With good performance, accommodation and four-wheel brakes, it brought proper motoring to the masses and won a legendary status which it has not lost to this day. An extremely versatile design, its simple but well-executed A-frame, leaf-sprung chassis played host to a bewildering range of derivatives and it won the hearts of the nation, not just because of its toughness, but also its cheeky looks.

In August 1934, Sir Herbert Austin invited the press to see the new vehicles in the Austin Seven range – the Opal, Ruby and Pearl. These all featured contemporary cowled radiators and more flowing lines, necessary changes in order to compete with the transatlantic styling on offer from Ford and Morris.

The chassis had been extended with a raised section over the rear axle to support the new coachwork while rear axle ratios were lowered to cope with the extra weight. Performance was on a par with earlier models, as was their sales performance, although by now competition had hotted up in the 7-10hp market and Austin no longer had it all their own way.

By this time, the general public had cottoned on to the advantages of a saloon, new production techniques not only bringing their price within reach for the working man, but also making them rattle and draught-free. Sales of tourers were therefore in steep decline, making this early 1935 AAK tourer extremely rare. So much so in fact that members of the Austin Seven club believe that there are just 15 AAK tourers thought to have survived.

The vendor purchased the car from a close friend as part of a deal to acquire his mountain of spares and so the AAK tourer was always surplus to requirements. The previous owner had owned the car for more than 40 years, restoring it beautifully when first acquired and using it actively ever since.

The car has therefore acquired a ‘lived-in’ look, yet remains in good usable condition, especially as it has only recently had a comprehensive engine rebuild. It is complete with its hood and sidescreens.

Appealing to look at, fun to drive, cheap to run and extremely unusual, this is likely to be your only chance to acquire a Ruby AAK tourer so don't miss out on this rare machine.