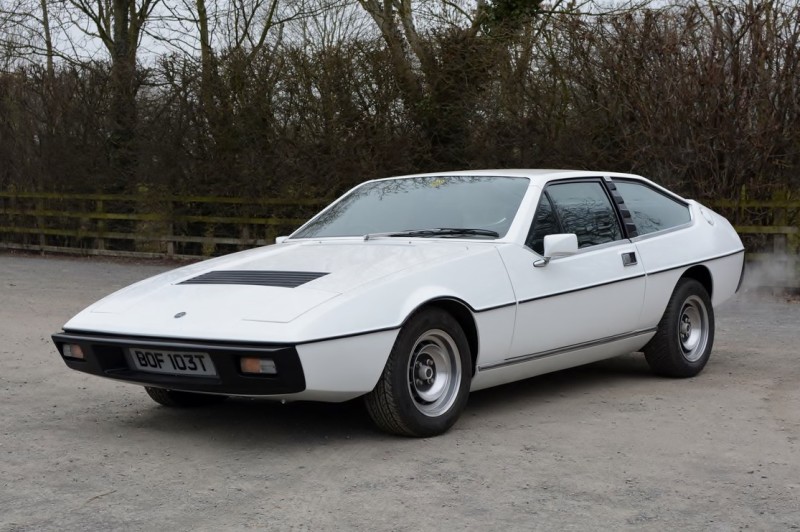 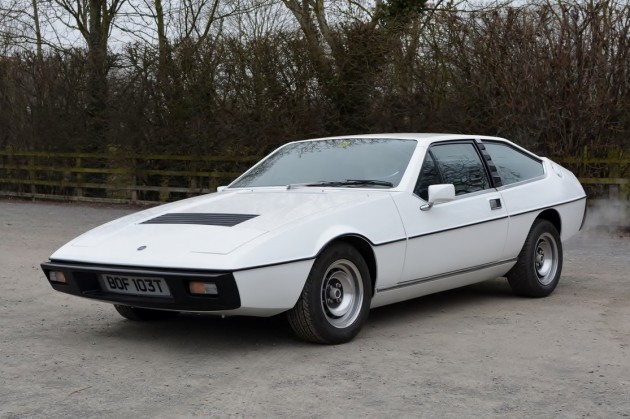 “The sheer pleasure of handling the Lotus Éclat is something every motoring enthusiast should experience. If your garage contains several beautiful cars with famous names, you will find a strong temptation to use the Lotus for any sort of journey and leave the others behind…Colin Chapman has taken the best things that have come out of racing and combined them in one package.” John Bolster, Autosport.

In terms of exclusivity, performance and price the Lotus Éclat successfully competed against much larger-engined rivals (Ferrari 308 GT4, Fiat 130 Coupe, Jaguar XJ-S and Porsche 911 Lux), offering vice-free handling and vastly superior fuel consumption, thanks to the 160bhp, 16-valve, DOHC Lotus 907 engine. Although well-received by the motoring press, the Éclat was an expensive car (£12,870 in 1980), resulting in just 1,522 sales between 1975 and 1982.

First registered in May 1979, this Éclat was built to 521 specification: 5-speed gearbox, alloy wheels with 205/60/14 radial tyres, door mirrors (!), marcasite/brushed nylon trim, electric windows, heated rear-window and a radio. The legendary handling came as standard as did a 0-60 time of 6.8 seconds and a top speed of 129mph.

Just four owners are recorded on the V5C and a letter on file states that the car has been substantially refurbished over the last four years including a new cambelt and water pump; suspension and braking system overhaul; differential service; new carpets and headlining; refurbished seats; new windscreen and a full respray. Now in very good order throughout and said to drive well following a Crypton tune shortly before the auction, it has an MOT until February 2017 with no advisories recorded.

With excellent parts and club support, straightforward maintenance (by today’s standards) and providing great levels of performance and economy, this Éclat makes a fine alternative to more run-of-the-mill classics and is offered here at a very tempting guide price.