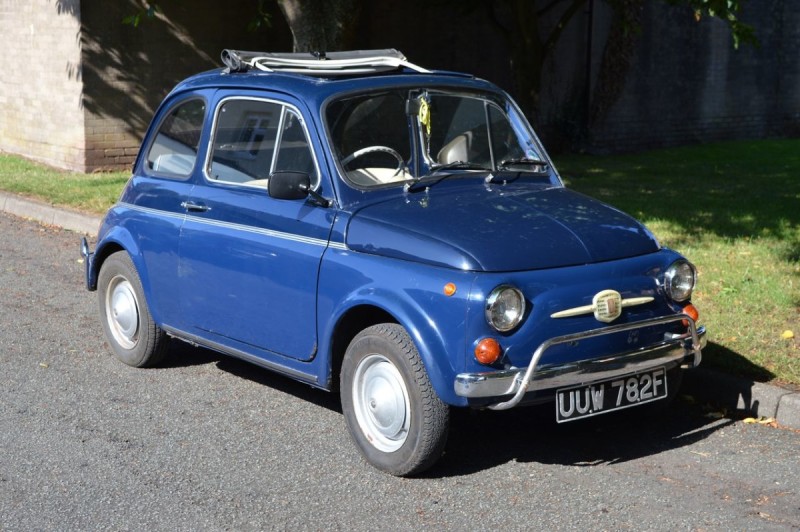 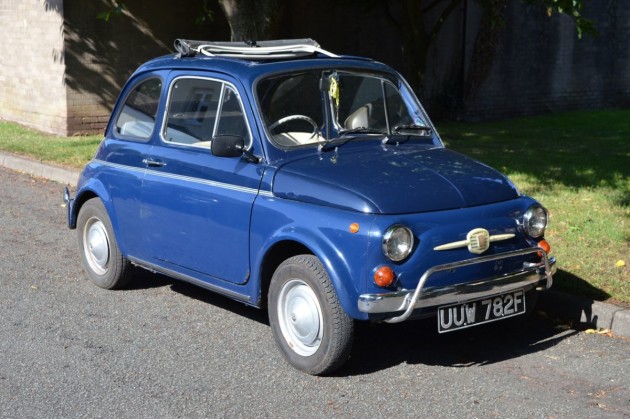 The successor to the legendary pre-war Topolino, the Nuova 500 was Fiat’s most famous people’s car.

Nippy and frugal with wonderfully direct steering, it was powered by a rear-mounted 18bhp 499cc engine that drove the rear wheels and could launch it to 60mph in as many seconds before it ran out of steam. A four-speed gearbox with a floor-mounted gear lever was precise and fun to use and the car featured all-round independent suspension.

Beautifully engineered and surprisingly pleasant to drive, they were a masterpiece of design packaging, shaming most modern cars with their efficient use of space and elegant simplicity. Gordon Murray, the designer of the immortal McLaren F1, owned one for many years and has remained a big fan to this day.

This dark blue RHD 500F has effectively had just three owners from new. The first owner purchased it from Spur Garage in Wimbledon, collecting the car on 15th January 1968. He took it back for service in 1969 according to the service book, a further stamp showing an additional service in 1971.

He kept the car until 1993 when it was sold to a gentleman from Stroud, the car being re-registered in his wife’s name in 2007. She kept it until 2010 at which point the vendor purchased it from an advert on the Car and Classic website.

A nice original example, the car has been used sparingly and loved dearly. The owner commissioned a top-end engine overhaul a few years ago and has had work done to keep the brakes up to scratch. The extensive history file has no fewer than 30 old MOTs which confirm the total mileage as just 52,000 miles from new. There is also a handbook, warranty policy book and a handy book of safe motoring hints supplied by Fiat.

In eminently usable condition, we are advised that there are a few small areas that would benefit from some TLC in the future, making it an ideal candidate to enjoy over the summer months and smarten up over the winter period.