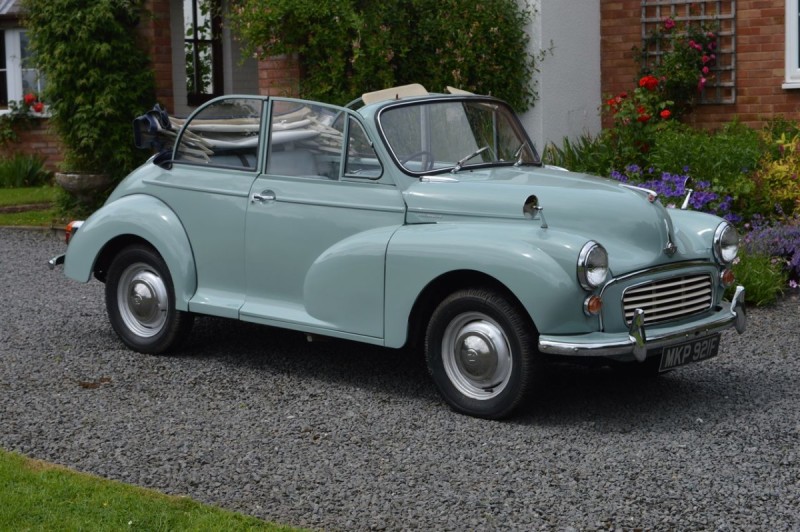 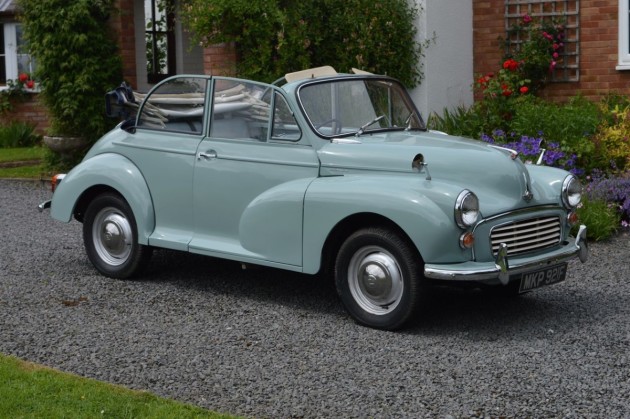 The original 1948 side-valve Minor - or ‘poached egg’ as Lord Nuffield so rudely called it - was a sedate performer but thanks to delightful handling and steering, was always a great car to drive.

Gradually developed over the years, a facelifted Series II came out in 1952. It retained the split-screen of the early cars, but was now powered by the Austin A-series 803cc engine from the A30. From 1956, the Minor 1000 really came of age and was the best of the lot - and remains so for those who want one to drive as well as to show.

The larger A-series engines finally provided power to match the handling, even more so after September 1962 when a 1,098cc engine replaced the earlier 948cc version. Available in numerous variants, including two and four-door saloons, a wood-framed Traveller estate, a panel van and a pick-up, most glamorous and sought-after of all was the convertible Tourer model which offered top-down motoring at a budget price.

This particular Tourer was delivered new to a Mr Barber of Folkestone on 5th February 1968. He had ordered it through Caffyns, his local dealer, trading in his old car for £15 and shelling out £643 on his shiny new Morris. In 1966 it was sold to Dr Fernandes, also of Folkestone, who in turn passed it on to Mr Atkins of Dover in 2012. He didn’t keep it long, the car coming into the hands of the current owner the same year through Canterbury Convertibles.

Virtually every receipt and invoice seem to have been retained throughout its entire life, forming a fascinating history of motoring in the '70s and '80s as well as confirming the indicated 108,300 miles is correct. There are 35 old MOTs, two old style V5s and a purchase pack from Caffyns which includes the original bill of sale, an accessories brochure and some petrol coupons.

Recently issued with a fresh MOT showing no advisories, this smart Morris has a good hood, smart paintwork and is reputed to run and drive as it should, offering plenty of interesting bed time reading into the bargain. It is being offered here from a deceased estate.