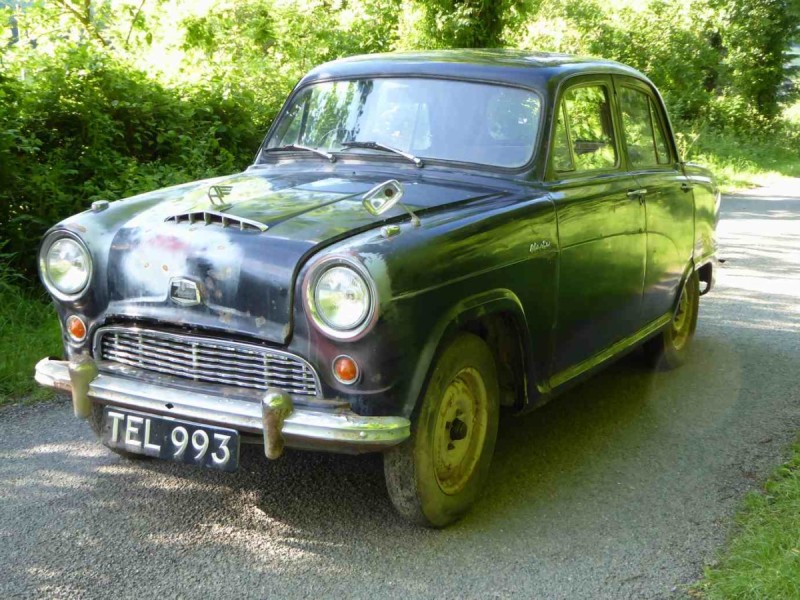 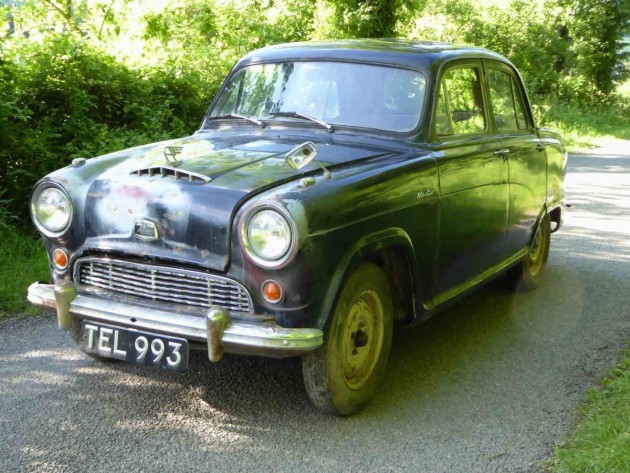 The A40 Devon was Austin’s first new post-war offering, its conservative styling attracting a certain amount of criticism in certain quarters, the launch coinciding with that of the much more exciting Jowett Javelin in 1947.

The public were less concerned, the old fashioned design selling well both at home and abroad. By 1952 Austin had launched their much sharper looking A40 Somerset, its transatlantic styling copied from the top-of-the-range A70 models. A short-lived stop-gap by any measure, it had been replaced by the all-new unitary bodied A40 Cambridge by 1954.

Using a 1.2-litre version of the B-Series engine, it was soon joined by the 1.5-litre A50 and higher compression A55, its body structure gaining the family Farina makeover in 1959 when this new model was marketed alongside the original as the A60 Cambridge.

This May 1956 A40 Cambridge joined a sizeable collection of classics in 2014. The bodywork is surprisingly rust free, although as the car has been unused on the roads for some years, it will require a comprehensive recommissioning before use once more.

It fired up quickly, driving a quarter of a mile or so for the catalogue photographs. It runs, steers and stops although sounded rather fruity due to a blown exhaust. The original leather seats would respond well to a good clean and some hide food and it is being sold with a spare rear bumper and workshop manual.

Registered on its current V5C as TEL 993 which remains transferable, this car obviously holds great appeal to the Porsche 993 owner, especially if they happen to be called Terry! It is being sold with no reserve, the highest bidder taking both the car and the number home with them.